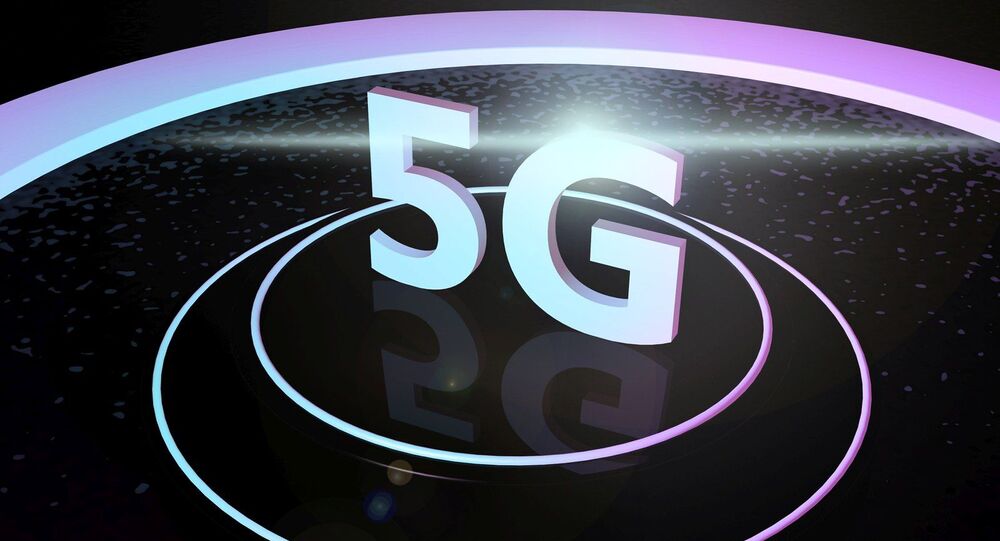 The US should act collectively with technology companies from allied countries to counter the threat of China's dominance in 5G technologies, US Attorney General William Barr suggested on 6 February. He noted the existing gap in 5G race between Washington and Beijing and called on the state to consider supporting EU friendly manufacturers.

“It's great that we tell our partners not to install Huawei equipment. But then what kind of equipment should they use?” Attorney General wonders.

According to him, the US currently does not have its own manufacturer, which would offer a full range of solutions for the building of next-generation telecommunications networks. Few competitors of Huawei are European Ericsson and Nokia.

European companies find it difficult to compete with the Chinese telecommunication giant in price. As a result, Chinese companies Huawei and ZTE supply about 40% of all telecommunication equipment in the world. Huawei's share of the EU home market is over 30%, while Ericsson and Nokia separately account for just under a third.

Barr said the US should purchase a majority holding from Ericsson and Nokia either directly or through a consortium of allied companies from America or other countries. He believes that to compete with Huawei, European telecommunications companies need strong financial leverage as well as an extensive market. According to Barr, the US can provide both.

© AFP 2019 / ANIEL LEAL-OLIVAS
US Reaction to UK's Huawei Decision "Hyperbole", No US, European 5G "Champion" to Step In - Hammond
Barr is not the only one who suggests joining forces with Ericsson and Nokia. Earlier, US President’s Chief Economic Advisor Larry Kudlow announced that the White House has created its advanced software for 5G networks with Ericsson and Nokia, as well as US technology companies Microsoft, Dell, AT&T. According to Kudlow, the task is to develop common standards for 5G software and to make these standards globally recognised. At the same time, it is important to make sure the developed software runs on any hardware.

The US has repeatedly criticised Huawei of taking advantage of government subsidies and thus gaining a competitive edge. Moreover, Washington accused the Chinese manufacturer of close ties with the state and raised fears that Huawei could engage in spy activities, to which the company flatly denied.

The US, being aware of losing the technology race, is also thinking about government support, an expert at the School of International Studies at Nanjing University, Gong Honglie said.

“The US has traditionally relied on private companies to promote innovation. But in the case of 5G, private companies cannot always anticipate trends well enough or mobilise resources. Whereas in China the state plays an important role in this area and it effectively allocates resources. This is why we have taken the lead. The Washington people have realised that And they hope for government intervention in the development of 5G systems. I think this problem arises at many levels of interaction between the Chinese and American economic systems”.

The American economic and legal system has indeed become a kind of obstacle to 5G development. Even the existing mobile networks in terms of coverage quality in the US and China are incomparable. Tourists have repeatedly noted that China has a stable 4G coverage even in the most remote mountainous areas. Meanwhile, in the US along local highways, in national parks, even in the world-famous Grand Canyon, mobile coverage is intermittent.

In the United States, almost all land and real estate are accumulated in private hands. In order to install the base station and antenna, the telecom operator must agree with the owner of the land or object. The state cannot dictate the terms on which agreements should be reached or force the owner to provide its land for mobile infrastructure.

In the case of 5G networks, the problem becomes even more acute. Since the US has so far only been able to allocate ultra-high frequencies for next-generation communications, transmitters must be installed almost every 150-200 meters to ensure sustainable service. Furthermore, the ultra-high frequency signal cannot pass through concrete walls. For this reason, repeaters are also required indoors. In such a situation, the problem becomes almost impossible to solve.

The obvious need is either to change the system of private property relations, which has been established for decades, or to choose another spectrum of frequencies. This is especially so because almost the whole world chose the so-called C-band below 6 GHz for 5G development. However, the issue is that both the EU and the US communications facilities and other equipment of military and special services operate in this range. The EU solved the problem simply: this range was divided for military and civilian purposes.

Meanwhile in Russia, for example, mobile operators were forbidden to share frequencies with special services until the networks would use only domestic equipment. Apparently, the US has a similar problem. Is this not why the Attorney General offers Americans to get a controlling stake over European telecommunication manufacturers to use the optimal frequency range and thus solve the problem of 5G development.

Right now, the US is looking for any way to somehow curb China's development. Back in May, the US Department of Commerce blacklisted Huawei, prohibiting American partners to supply equipment and software to the Chinese tech giant. As a result, new models of Huawei smartphones have been cut off from the Google Play Store.

However, China is not sitting idly by and is trying to respond to American technological aggression. Four Chinese companies – Xiaomi, Huawei, Oppo, and Vivo – are joining forces to create a platform for developers outside of China to download apps to all application stores at the same time, Reuters reported.

© REUTERS / DADO RUVIC
European 5G Telecom Network Security Requires Exclusion of Chinese Firms - Pompeo
According to analysts, this decision is designed to challenge the dominance of Google Play. The prototype site will work in nine pilot regions, including Russia, India, and Indonesia. This is how companies intend to engage software developers around the world. Currently, due to the economies of scale, developers benefit from customising their products only for iOS or Android but not for other systems.

Meanwhile, there is no common understanding within the US of what to do with China either. Ironically, the Pentagon opposes the restrictions of the Department of Commerce on the cooperation of American companies with Chinese partners. The Pentagon warns that this will not constrain China's development but will hit American companies that will lose a large Chinese market and miss billions of dollars that could be invested in research and development. And then the US will definitely lose global technology leadership.