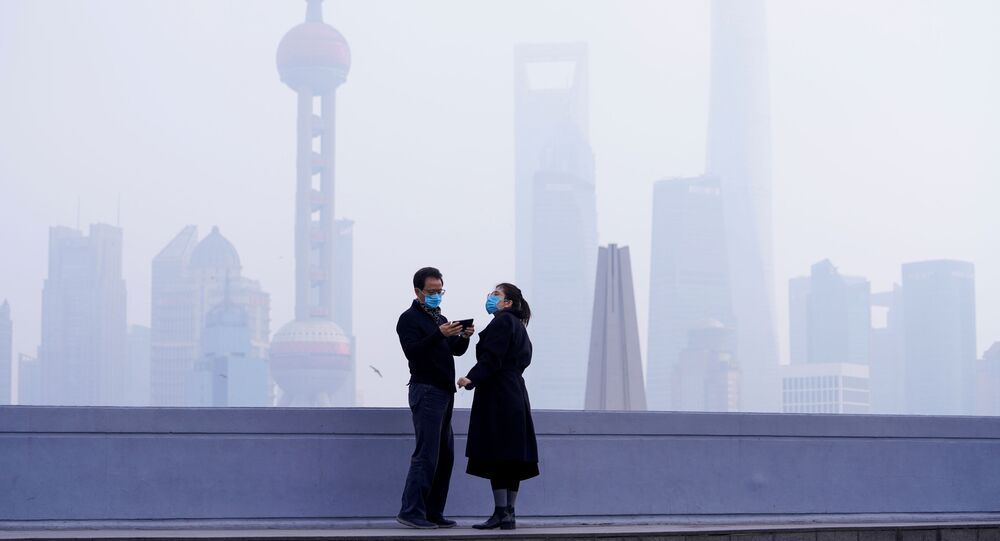 Plummeting Chinese stocks do not mean that the country's economy is contracting but reflect irrational investors' behaviour triggered by panics over the nCoV2019 epidemic, say Australian and New Zealand economy professors.

The CSI 300, China's benchmark stock index, plunged 9.1 percent on Monday as the Wuhan novel coronavirus continues to spread. According to some estimates the losses equate to $445 billion in market value.

On Tuesday, the Chinese Foreign Ministry reiterated the World Health Organisation's (WHO) warning against fear-mongering and pointed out that the mortality rate of the recent epidemics stands at 2.1 percent, drawing parallels with the 2009 H1N1 outbreak and the Middle East Respiratory Syndrome (MERS) with mortality rates of 17.4 and 34.4 percent, respectively.

'Investors' Behaviour Emotional Rather Than Rational'

In late January the nCoV2019 epidemic dealt a substantial blow to the global market. Last week Europe’s Stoxx 600 plummeted by over 2 percent, while in the US Dow Jones Industrial dropped 650 points amid fears over the virus spread. However, on 3 February, European and American stocks rebound on expectations that the outbreak won't turn into a pandemic.

"Overall, global markets have fallen an average of 10 percent, with the Chinese markets being most strongly affected, together with some losses in the US market (reflecting their trade interdependency) and a fall in the crude oil price due to the reduction in all forms of transport in and out of China", says Stuart Orr, a professor of strategic management at Deakin University, Australia.

According to the academic, this market fall is consistent with the effect of past market events, such as SARS. Still, he believes that most of the investor behaviour is "emotional, rather than rational" when it comes to health events such as the outbreak of the novel coronavirus.

"There is a rational basis for concerns about productivity as Chinese international trade will be difficult with travel restrictions in place (global trade is still supported by face-to-face interactions) and so the current constraints are likely to reduce Chinese economic activity, having a flow on effect to global markets", he explains. "In addition, Chinese sectors producing potentially infected products for the global market such as food and medicines will also experience significant falls in trade".

Orr says that the media coverage of the epidemic has "undoubtedly exacerbated the emotional market responses". He adds that the media was "in a high state of readiness to report coronavirus related events" being apparently influenced by the "reporting behaviours established during the SARS virus" and the recent media attention to the Hong Kong demonstrations.

"In terms of core economic underpinnings, however, the virus has had no real impact, nor has the reporting", the professor stresses. "Racism, however, has certainly been inflated as a result of the media attention".

'Markets are Poor Indicator of What Happens in Economy'

Ilan Noy, a professor of economics at Victoria University of Wellington, New Zealand, and the chair in the Economics of Disasters, agrees with Orr, saying that "markets are a very poor indicator for what happens in the economy".

"They mostly reflect investor sentiments, which are often guided by irrational herding behaviour and panics", Noy highlights. "This seems like a classic case. While the coronavirus crisis is serious, and it will cost the Chinese economy a substantial amount, it doesn’t merit such a precipitous collapse in the stock markets. The Chinese economy is not going to contract by 7-8 percent, and neither will this be a long-term issue".

According to the New Zealand academic, what happens now in the stock market does not tell the world anything about the potential economic impact of the nCoV2019 outbreak on China.

Since being identified in December 2019 in Wuhan, Hubei province, the novel coronavirus has claimed the lives of 564 in China with over 28,000 cases confirmed in the country. Meanwhile, over 200 cases were confirmed abroad with one lethal. At the same time, over 1,100 people have managed to recover from the disease.