'Weaponised Hysteria': Can US Use Coronavirus Outbreak to Its Advantage in Trade Talks With China?

As global markets were bracing to return to firmer ground amid the first signs of economic certainty with the UK finally leaving the EU and the US striking a first phase trade deal with China, the coronavirus outbreak has sent them into a downward spiral – and Washington might be the one to profit from it the most, experts believe.

Amid news of the coronavirus outbreak in China, Beijing's major efforts to curb the spread of the infection have done little to prevent global stock markets from plummeting this week, with the country’s Hang Seng index dropping by a whopping 6% in just the first few days of the ongoing hysteria – which has been partially inflamed by the media.

The 2019-nCoV coronavirus is not the first epidemic to have driven markets down during the last decade. The influence of the outbreak on national economies is understandable, as China, which is the most severely affected, is both a major producer and consumer of goods, and quarantining entire cities has had an effect on trade with the rest of the world.

In their efforts to report about the development of the outbreak, global media outlets seem to have overreacted, especially in light of the fact that the coronavirus has so far not shown itself to be as deadly as some feared that it could be.

As Denis Rancourt, a researcher at the Ontario Civil Liberties Association and a social theorist, explains, all historic flu pandemics that have received major public attention resulted in "a million deaths or more". The coronavirus has so far only caused a few hundred deaths, far fewer than the common cold in large Western cities.

© REUTERS / Martin Pollard
Police officers wearing masks check the boot of a car for smuggled wild animals following the outbreak of a new coronavirus, at an expressway toll station on the eve of the Chinese Lunar New Year celebrations, in Xianning, a city bordering Wuhan to the north, Hubei province, China January 24, 2020.

The virus quickly received the attention of the country's medical services, resulting in major efforts to prevent it from spreading to more parts of China. However, even the 1.5% mortality rate of the virus, which is loosely dependent on the total number of those infected, pales in comparison to the deadliness of the previous coronavirus outbreak in the Middle East in 2012, which reached a 39% death rate. Like previous virus outbreaks in China, such as the Severe Acute Respiratory Syndrome (SARS) in 2002 and the "bird flu" in 2013, the coronavirus has received significant media coverage.

Who Benefits and Suffers Most From Coronavirus Hype?

The extensive attention to the coronavirus outbreak has begun to affect China economically. Several American companies, including Google, Starbucks, and Apple, recently announced that they would close their offices, factories, and stores in China to prevent the spread of the virus. Numerous countries, such as the US, Australia, and Russia, have severely limited transport links with the Asian nation amid fears that Chinese residents and tourists could bring the coronavirus with them. 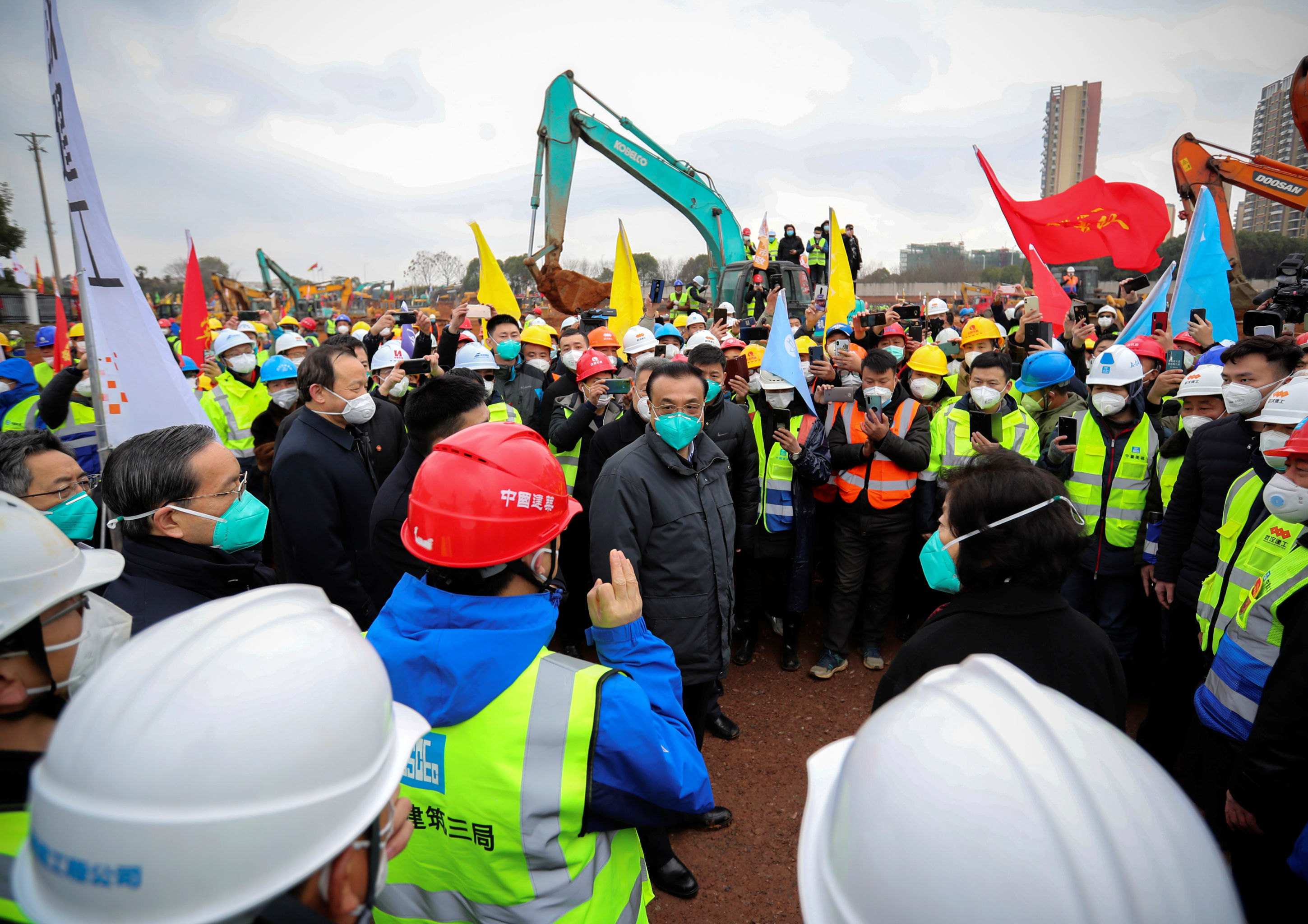 STRINGER
Chinese Premier Li Keqiang wearing a mask talks with staff members as he visits the construction site where the new hospital is being built to treat patients of a new coronavirus, following the outbreak, on the outskirts of Wuhan, China January 27, 2020. cnsphoto via REUTERS. ATTENTION EDITORS - THIS IMAGE WAS PROVIDED BY A THIRD PARTY. CHINA OUT.

This measure, in addition to some Chinese cities being put on lockdown, has endangered the country's position in global supply chains. Kevin Dowd, a professor of finance and economics at Durham University Business School in the UK, believes that some countries could use the epidemic to their advantage by putting pressure on China.

Dowd says that certain restrictions on the freedom of movement of Chinese citizens have already been imposed and it's only a matter of time before similar limitations are implemented against goods from the country.

"If you were an unscrupulous protectionist looking for excuses to impose further trade barriers on China, then the coronavirus fits the bill. One would like to think that policymakers would not stoop that low, but when it comes to trade, past experience suggests that anything goes", he said.

Apart from negatively affecting China’s economic situation, the coronavirus outbreak also arose at a highly sensitive moment for the country – right after the signing of the phase one trade deal with the US and just before the beginning of negotiations on the second phase.

Few details are known about what the second phase will entail, but since the start of the outbreak, US Treasury head Steve Mnuchin has already stated that the signing of phase two of the deal will not necessarily entail the imminent removal of all the tariffs that have been slapped on Chinese goods. 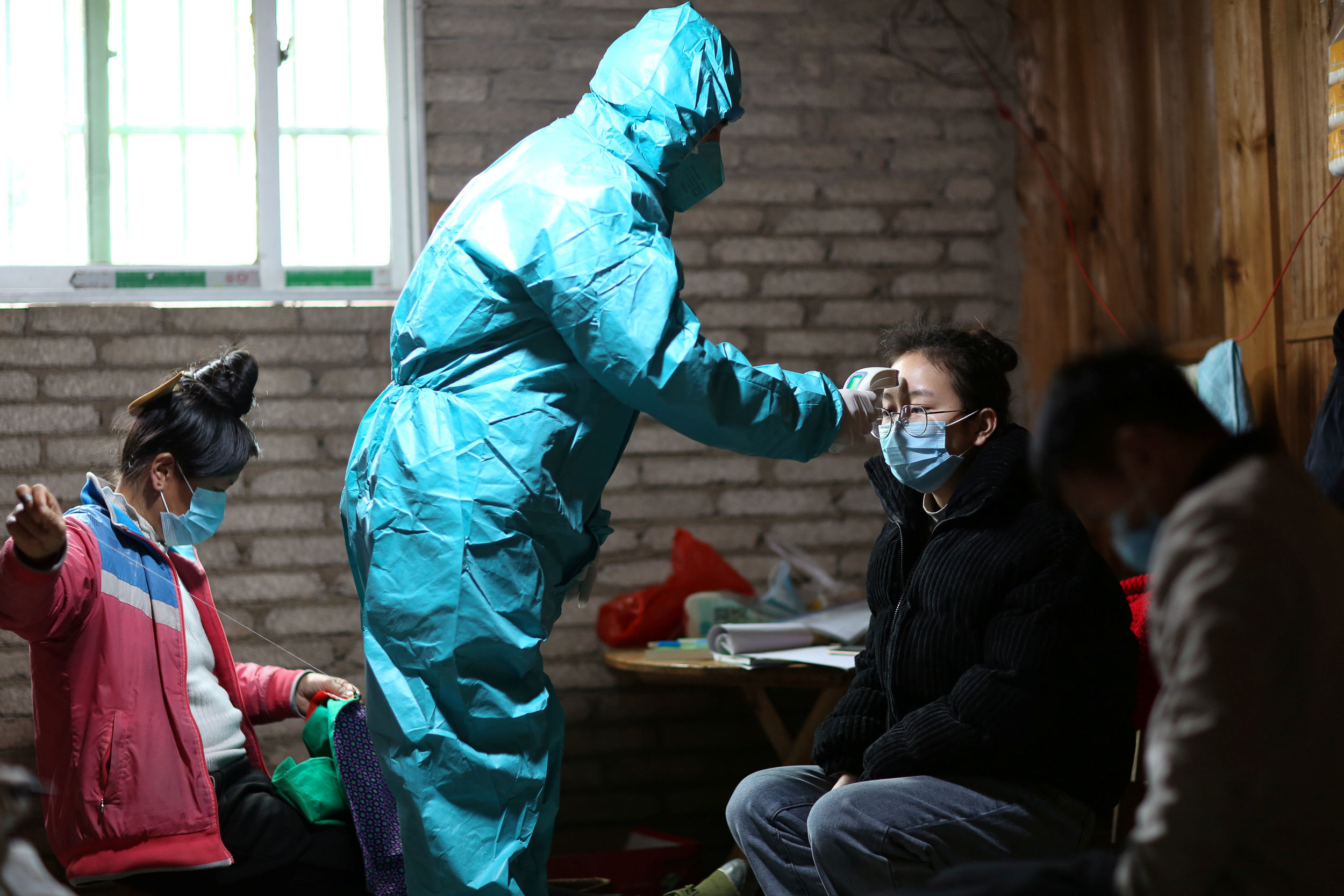 © REUTERS / STRINGER
A medical worker in protective suit takes body temperature measurement of a villager as the country is hit by an outbreak of the new coronavirus, in Danzhai county, Qiandongnan Miao and Dong Autonomous Prefecture, Guizhou province, China January 31, 2020. Picture taken January 31, 2020.

Professor Dowd believes that it's "entirely possible" that Washington will try to use the coronavirus epidemic to push for the phase two trade deal’s provisions to be more favourable for the US.

"It seems to me that in trade negotiations any stick to beat the other party with is considered fair game, even when it really shouldn’t be. This is especially so in the present toxic environment when both sides have shown themselves to be completely unscrupulous and levels of mutual trust have sharply deteriorated", the professor added.

Denis Rancourt, in turn, says that while China is indeed perceived to be the largest threat by the US, it’s unlikely that the resulting trade deal between the two will be significantly impacted by the virus outbreak. But the 2019-nCoV could still be used as a "geopolitical campaign opportunity" to isolate China, the researcher adds.

"In effect, [it's] a weaponised hysteria that creates racist responses in many Western centres. Domestic anti-Chinese racism can be politically exploited in the US to support aggressive policies against China, including protectionist policies", Rancourt stated.

WHO Philippines Confirms First Death From Wuhan Coronavirus Outside China

Florida Enhances Security Prior to Super Bowl 54 Amid Concerns Over Coronavirus, Terrorist Attack