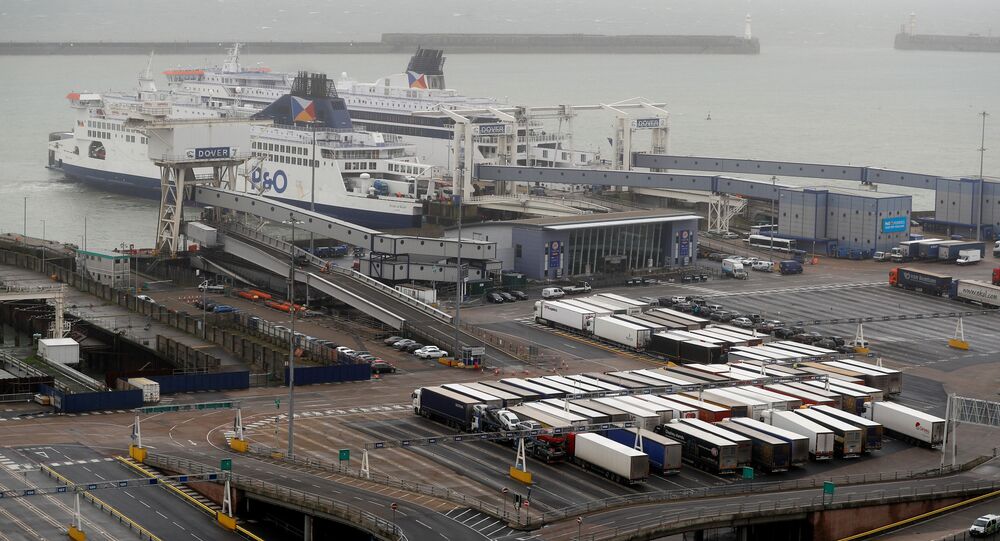 UK 'Likely' to Get Free Trade Agreement With the EU – Politician

British Prime Minister Boris Johnson will deliver a speech tonight to mark the UK’s departure from the EU. Britain can now officially begin negotiating trade deals with both Brussels and the wider world, during a so-called transition period, which lasts until the end of 2020.

But can the said deals realistically be hashed out in such a short time frame, given that the US has expressed concern about Westminster’s decision to grant Chinese company Huawei permission to install 5G networks in the UK and the fact that the EU is unlikely to compromise over issues such as fishing rights?

Chris Mendes, Leader of the Foundation Party, offers his views on the matter.

Sputnik: Will the UK be able to successfully negotiate a free trade agreement with the EU?

Chris Mendes: I think under these circumstances nothing can be said to be certain except death, taxes and a free trade agreement with the EU. The reason why I say that is for two reasons, firstly of all the politics has changed and secondly the economics have stayed exactly the same.

The general election has changed everything, we previously had two-party negotiations between the UK and the EU, which was intruded by a third party, essentially the remainer campaign that wanted to stop Brexit and derail it, and there were EU leaders holding out to totally see Brexit cancelled or stopped, or extended forever and ever.

That’s all come to an end, and we have a government now that can essentially steer and control parliament, and pass through whatever deal or legislation it sees fit, so that is obviously a massive game-changer, and the EU knows that now, hence why we are leaving later today.

Sputnik: Would the UK or EU be more affected by a no-deal Brexit?

Chris Mendes: With regards to the economics; we’ve got a trade deficit obviously, and in 2017; the UK sold sixty-seven billion pounds more to the EU than the EU sold to us, but more specifically, Germany is on the brink of recession, and it grew by about zero point one per cent last year, which is absolutely extraordinary, it’s in a really dire state.

Forty-seven per cent of the German economy is exports for goods and services, goods especially, and the UK is Germany’s fourth-largest trade partner after the US, France and China, and that trade deficit between the UK and the EU is twenty-two billion, it’s an awful lot of money.

In the event of a no-deal Brexit; the idea of tariffs and non-tariff barriers in between the UK and Germany, would be a huge problem for Angela Merkel and the German economy, so there is a huge incentive for the EU and its nation-states, and also for the UK to do a trade deal, so I think it’s almost a certainty that it will happen.

Sputnik: Could Brexit in any form lead to increased calls for Irish unification and Scottish independence?

Chris Mendes: As somebody who doesn’t want to see the union break up; sticking with the Brexit theme, it’s all about self-determination, and that’s what I believe in passionately, and at the end of the day, this is a matter for the Scottish people, and what an Englishman in the south thinks, might or might not be a shame is irrelevant.

For as long as the opinion is split as closely as it is about Scottish independence; it’s always going to be an open question, before or after Brexit, and at the end of the day, my friendly advice to those in Scotland, would be to see how Brexit goes, give it a few years.

We think on this side of the argument, that everybody is going to be pleasantly surprised, and hopefully minds might be changed, and I think that in say five or six years from now; who knows how people in Scotland will feel, so I think it’s all to play for.

The key principles for the Irish border question are in place. We’ve got no border checks, and they can take place elsewhere, and new technology can help facilitate that, so we don’t have a return to the hard border like we had before, that was the fundamental point which has been achieved.

To a large extent, it does go back to the politics that he just referred to, and the history of the last three years, and how the Northern Irish border was used, quite crassly as a political weapon in this kind of big argument, from people in Brussels and here in the UK.

The issue there is far less of one than it was made out to be, I think it really will iron out in due course. Whether it’s arguments about that, or anything else; I think the relationship between the UK and the EU is going to be a much more calm, composed and more grown-up one, going forward.