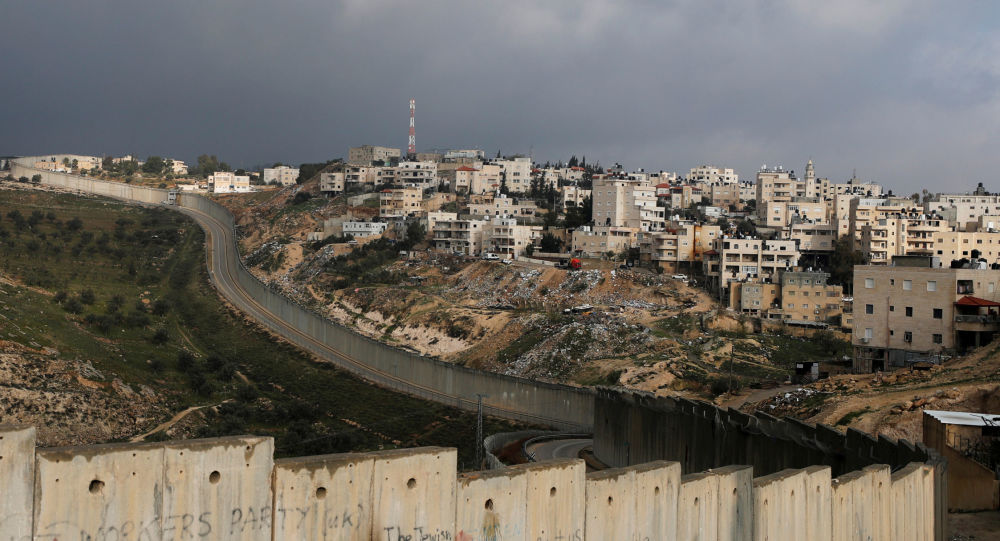 Like Past US Proposals, Trump Peace Deal Expects Palestinians to ‘Surrender All Their Rights’

Senior White House adviser Jared Kushner argued this week that US President Donald Trump’s deal may be the Palestinians’ last hope for peace in the Middle East. However, after examining the details of the deal, many are contending that it is unlikely to lead to any changes in the status quo.

Ali Abunimah, the co-founder of The Electronic Intifada and author of the book “The Battle for Justice in Palestine,” joined Radio Sputnik’s Loud and Clear on Thursday to discuss the so-called peace proposal issued by Trump and provide his thoughts on whether it will have an impact on Israeli-Palestinian relations in the region.

Abunimah told hosts Brian Becker and John Kiriakou that the anger expressed surrounding the peace deal “stems from the US sort of formally giving everything to Israel or saying Israel should have everything.”

Segment begins around the 2:20 mark.

“If you don’t accept this as a major opportunity for Palestinians and a major step forward, then I just think you have unrealistic expectations, and again, you’re probably stuck with the people who have been busy turning this into a cottage industry and not solving this problem,” Kushner told CNN’s Christiane Amanpour in a video interview earlier this week.

Jared Kushner, senior adviser to the President, says the White House's Middle East plan is "a great deal" and if Palestinians reject it, “they’re going to screw up another opportunity, like they’ve screwed up every other opportunity that they’ve ever had in their existence.” pic.twitter.com/ABAI3gKjig

“The point I would stress is how little different this is from really every other so-called peace proposal. The basic approach has always been: ‘If only the Palestinians would surrender all their rights, then there would be no problem,’” Abunimah said.

Kushner, whose father-in-law is President Trump, appeared to echo this belief as he explicitly stated in his interview with Amanpour that the president, via his deal, was able to “deliver for the Palestinians a pathway to state, contiguous territory and the conditions where they can earn their way to their independence, their dignity.”

Abunimah said that while Trump’s approach has been similar to those of past administrations going back to US President Bill Clinton, 45 is able to advance toward his goals because “he’s been willing to come out and say openly what others and not willing to say openly.”

“The Bush administration and the Obama administration basically agreed that Israel would get all the big settlements. Trump agrees with that,” he noted. “We’re quibbling about small issues. The key thing here is the continuity in the anti-Palestinian, American approach.”

Speaking of the impact the deal will have, Abunimah predicted that there will be a “continuation of the status quo” because of the international community’s hypocrisy when it comes to Israel. He noted that Israel annexed Jerusalem under Israeli law in 1981 and proceeded to do the same with the Golan Heights in the years that followed. However, the US and EU did not issue sanctions against the nation, despite the annexations being violations of international law. Instead, the Trump administration has recognized both claims by Israel as legitimate or de facto legitimate.

Abunimah highlighted that the US, Canada and the EU introduced sanctions against acting Governor of Sevastopol Milhail Razvozhaev and additional officials “who organized local elections in what the US and European Union refer to as “illegally annexed Crimea” at the same time Trump’s peace plan was introduced.

“This is the same European Union, the same United States, that have done nothing but reward Israel and embrace the Israeli officials … who are pushing annexation, who are building settlements, who are demolishing Palestinian homes and so on, and so forth,” he said.

“It doesn’t change anything,” Abunimah said of Trump’s peace deal.