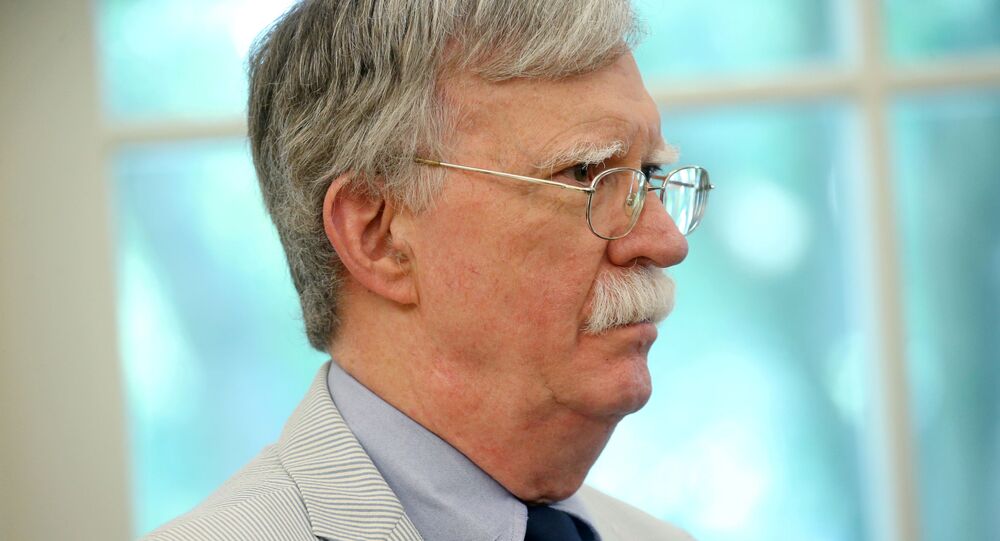 A leak of former US national security adviser John Bolton’s forthcoming White House memoir has been propped up and given a life of its own by the US media, which portrays the details as vital to the impeachment trial against US President Donald Trump. However, the reported details are unlikely to skew the outcome of the proceedings.

Ted Rall, an award-winning journalist and editorial cartoonist, joined Radio Sputnik’s Loud and Clear on Monday to discuss the mystery surrounding the leaking of the manuscript to media and the potential impact of a Bolton testimony on the impeachment trial.

Rall told hosts Brian Becker and John Kiriakou that it’s not a surprise that an excerpt of Bolton’s book was leaked to the New York Times and became public knowledge following the publishing of an article on Sunday. Even if the former adviser wasn’t behind it, Rall explained that it’s difficult to keep a piece that may contain sought-after information under wraps for a long period of time, considering how many hands it may go through during the production process.

"Ambassador John Bolton, Simon and Schuster, Javelin Literary categorically state that there was absolutely no coordination with the New York Times or anyone else regarding the appearance of information about his book, THE ROOM WHERE IT HAPPENED, at online booksellers," a joint statement from Bolton and his publishers read a day after the NYT article was published. "Any assertion to the contrary is unfounded speculation."

The book has not only passed through the hands of publishers, but also a number of White House officials who had to approve the text prior to its publication as well as a select group of “associates” who received a raw copy prior to potential edits from the White House. Charles Cooper, Bolton’s personal attorney, issued a statement on Sunday declaring that it was “clear” that the leak originated from the National Security Council’s Records Management Division.

Nevertheless, the leaking of the manuscript coincided with the book’s pre-order date, and the White House memoir has shot up the rankings of the Amazon Best Sellers list.

As for Bolton’s claim that Trump informed him that US military aid to Ukraine was related to the launch of an investigation into political foe and former US Vice President Joe Biden, Rall does not think it, or Bolton’s tentative testimony, will move the needle where it matters - despite the media’s assessment of the “bombshell” manuscript’s “explosive” details.

“Is it gonna get [Trump] convicted in the Senate? No. Is it gonna get 17 Republican senators to vote for removal? No,” he explained. “I really would love to know what happened between those two that caused Bolton to write this up, but I don’t think there will be any meaningful change to the political situation.”

It’s likely that Republican lawmakers sticking to the party line during the voting process would be unmoved by what’s detailed in the former national security adviser’s book, as Trump proclaimed early Monday morning that he “never” told Bolton there was any relation between Ukrainian military aid and an investigation of Biden.

“I think too many people have already made up their minds - one way or the other - as to whether this president is impeachable on this topic … The Democrats could have impeached Trump over any number of other matters and had a much better shot at getting some bipartisan consensus,” Rall argued, adding that in addition to elected officials having made up their minds, the American public believes that the media has cried wolf too many times - especially after special counsel Robert Mueller’s investigation, which ultimately failed identify collusion between the Trump campaign and the Russian government.

Moreover, the NYT article which broke the story stated that “[Trump] preferred sending no assistance to Ukraine until officials had turned over all materials.” While headlines and media commentary on the matter claimed Trump made the aid conditional, the wording simply communicates Trump’s preference rather than an iron-clad quid-pro-quo.