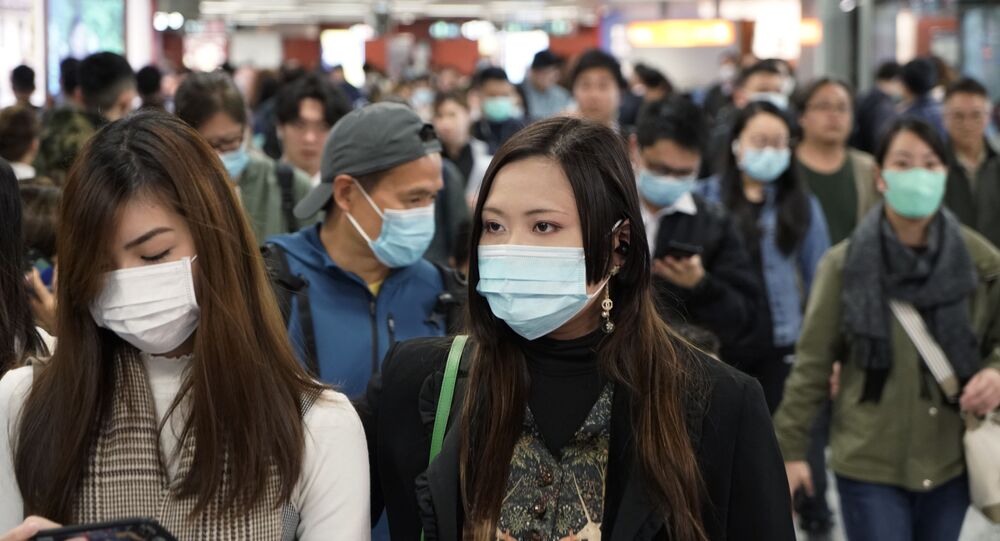 Despite the fact that China has been taking appropriate measures to contain a new type of coronavirus spreading across the country, Western media continues to criticize China’s response, Ian Goodrum, a writer and digital editor for China Daily, told Radio Sputnik’s Loud & Clear Thursday.

The virus, officially known as 2019-nCoV, first began spreading in the central Chinese city of Wuhan some time between December 12 and December 29. Since then, there have been at least 830 cases of the virus across China, and at least 25 people have died there as a result. Some coronavirus cases have also been registered in Hong Kong, Taiwan, Thailand, Japan, South Korea, the United States and Macau, although no deaths have been reported outside of China.

In Wuhan, residents have been ordered to wear masks and not to leave the city without good reason, with train and plane flights out of the city cancelled. The virus has been likened to severe acute respiratory syndrome (SARS), which is also caused by a coronavirus and which was also first reported in China. SARS eventually killed 774 people around the world in 2003 before being contained.

“I think the response to SARS is not given its due credit,” Goodrum told hosts John Kiriakou and Brian Becker. “Epidemiologists looking now with the benefit of hindsight and outside this kind of sensationalized period when the outbreak was severe have said that the response there, all things considered, pretty well done. But I would characterize the response now as even more sophisticated because of the development of China’s public health system since then.”

“Back during SARS, there were school closures and shutdowns, but not full scale travel restrictions like you’re seeing in Hubei, [of] which … Wuhan is the capital, where the coronavirus originated,” he noted.

Goodrum told Sputnik that presently in Wuhan, “caution is the watchword of the day. The standard rules apply for general health, but they are especially important now. Just wash your hands with hot water, if you’re in a large crowd it’s a good idea to wear a face mask, things like that, and people are abiding by those pretty reasonably. I think people are concerned, but it’s not yet on a level of a full-scale panic like you might see in other situations and like is being drummed up by some of the coverage of it.”

Despite China’s precautionary measures, Western media continues to criticize the country’s response with headlines ramping up fear regarding the virus.

“This is a huge deal,” he added, but he pointed to an example of Western coverage of the outbreak, a Foreign Policy article from January 14 titled “China Deserves Some Credit for its Handling of the Wuhan Pneumonia.”

“They can’t actually give credit where it's due,” Goodrum noted. “The response has been proportional to the degree of the spreading of the virus. Honestly, I don't know what else could be done … There’s no winning. It’s a ‘damned if you do, damned if you don’t’ kind of situation.”

“In a public health crisis … in a moment like this, you have to balance out providing accurate information with also limiting panic and limiting a mass response, because of course you don’t want a reaction that will crowd hospitals, that will bring people in who are perfectly healthy or have minor symptoms. And if there’s infected people at a hospital, you don’t want big crowds, crowds of people that aren’t infected,” he said.

“But the response in the West has been to amp up and do the opposite of what you should be doing in a public situation like this, and ramping up the fear and ramping up the panic. And thankfully, the spread has been somewhat limited to other countries and limited to other parts of China. I wouldn’t call this a pandemic yet. I think that's also playing into the kind of fear and panic that I think this irresponsible reporting leads to,” Goodrum added.

WHO Says Too Early to Declare Global Emergency Over China's Coronavirus