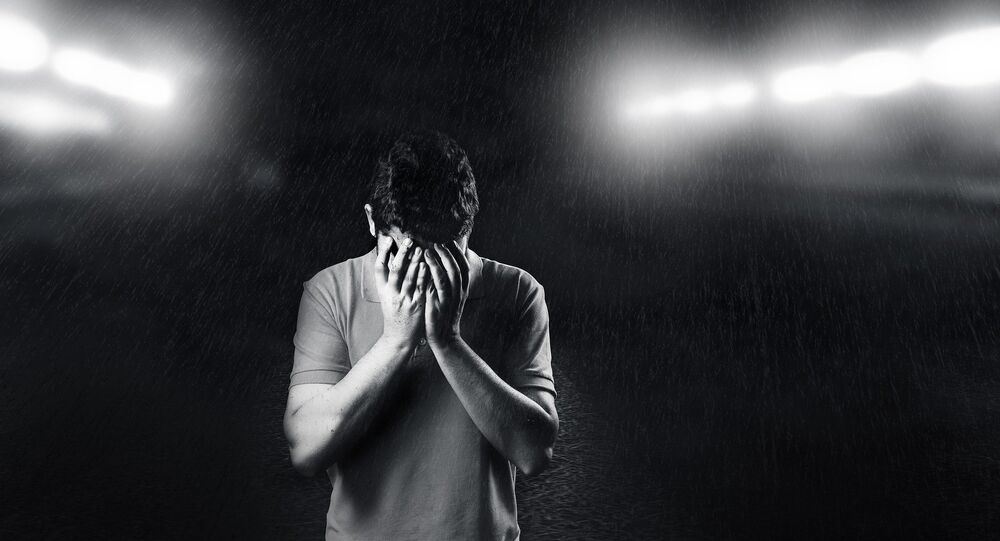 Author on 'Jack’s Law': It Can Take Years for Anyone to Even Accept Fact That Their Child Is Gone

Britain’s government has announced that parents who suffer the loss of a child under the age of 18 will be entitled to two weeks’ statutory paid leave from work. Author Heidi Loughlin discussed her personal experience and whether this policy is enough.

Sputnik: Britain’s Business Secretary Andrea Leadsom has announced on Thursday that parents who suffer the devastating loss of a child will be entitled to 2 weeks’ statutory leave. Heidi, what is your reaction to the introduction of ‘Jack’s Law’; and speaking from your own personal experiences, what effect will this have on parents and families who suffer the loss of a child?

Heidi Loughlin: It's quite shocking that it's not in place already. It's not something I suppose that people will give a lot of thought to until they're in that boat themselves; and equally when we lost our daughter, it was the furthest thing from our minds that was thinking about returning to work. The thought of returning to work three days after your child has died is absolutely unbelievable and has been exactly what has happened to individuals being made to return to work because your world's fallen apart but you still got bills to pay. In my personal experience, I was an officer in the Metropolitan Police as was my husband at the time that our daughter Ali died when she was eight days old. We had zero pressure to return to work at any point. I was on maternity leave anyway, but with my husband's situation was there was no expectation and there was no pressure put on him whatsoever to return to work at any specific time. He returned in his own time and under his own steam when he was ready to and that's exactly right. When mental health is so important, and something that we focus on so much in everyday life at the moment, to imagine that it's okay to expect somebody to turn to work within three days is ludicrous. It's great that Jack's law has been passed to allow parents two weeks to grieve for their child, but what happens upon when they returned to work after those 14 days? And it's very difficult to put a number on what the right time is for somebody to be okay with returning to work after the most devastating loss anyone can experience. It's impossible to say what the right amount of time would be because nobody knows and everyone grieves in their own way. And actually some people would probably choose to return to work if the option was there - I know for us a distraction from our grief was really important. It's impossible to quantify the amount of stress that it puts on somebody returning to work, particularly in a job like the police force, when you then have to deal with really difficult circumstances. In my husband's case, he chose to return to work three months after Ali died, and within about a year of that he then had to deal with the death of a little girl on his own. And it's impossible for us to explain the impact that it had on him. For my husband, that must have been one of the most unbelievable experiences for him.

Sputnik: Obviously this new law is a step in the right direction for families and parents that have experienced horrific losses that no one should face. However, is two weeks statutory paid leave from work really enough? What more should the government being doing to ensure individuals have enough support in these circumstances?

Heidi Loughlin: Yeah, it's absolutely not enough. You will grieve every day for the loss of your child, but obviously time heals in a way in the sense that you learn to adjust with what is your new normal. You don't get over it, you don't get past it, but you learn for it to run alongside your life. It's impossible to know how long you're going to feel in those completely dark stages when you can't even muster up the energy to get out of bed in the morning because you just feel like what is the point. For me, I would like to see something in place where in an incident that somebody does lose a child, something along the lines of occupational health referral is made where that parent is given a point of contact that can speak to them when they're ready. In between them, they can come to some kind of arrangement where they can attempt to return to work on a gradual basis, but also if they return to work and they're finding it too difficult that they are able to go back home again because it's so difficult to know that amount of time. Two weeks is never going to be enough. It takes two weeks to organize simply to have a funeral. It's impossible to know. It can take years and years for anyone to even accept the fact that their child is gone. It shouldn't be a one size fits all policy and it should be something that is done very cautiously and very much with the mental health of the parent in mind, because making someone return to work when they're quite clearly not ready is only going to have a detrimental effect in the long run. There should not be that pressure on somebody to drop their grief and run straight back to the office. It's completely unacceptable.

Sputnik: If you had the opportunity to speak to Andrea Leadsom, the government, the prime minister and recommend changes to support parents that go through these ordeals in the future, what would you say?

Heidi Loughlin: I'd say to them, put yourself in the shoes of me or Jack's parents or anybody else out there that has lost a child. You tell me what you think is the right time to return to work. Would you get back in two weeks? Do you think that's the right amount of time? What do you believe is the right amount of time for somebody to adequately grieve their child then you come back to me and tell me exactly what that magical day is.