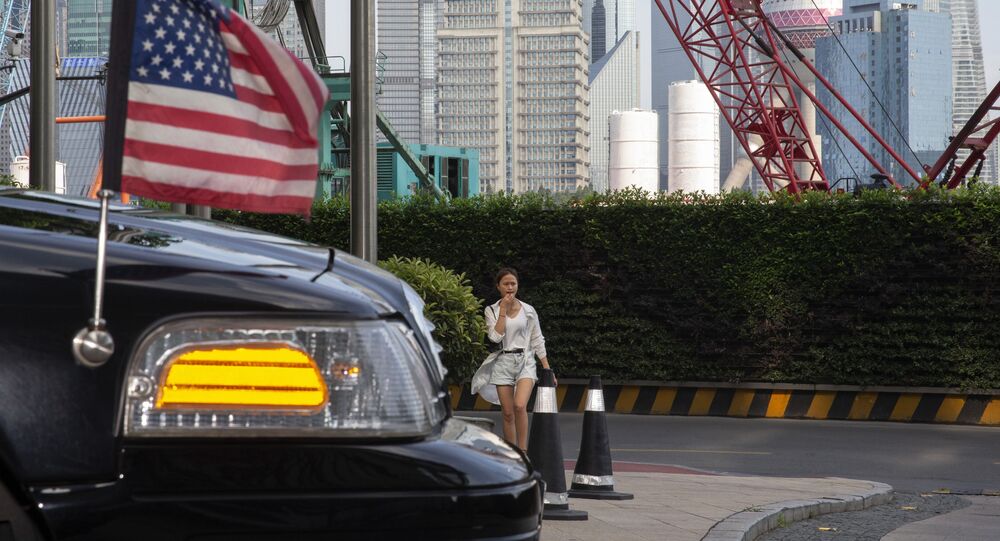 China is committed to further implementing reforms and pursuing greater openness of its market to foreign investors, Vice Premier of the State Council of China Han Zheng said during the World Economic Forum in Davos.

China’s vice premier has stressed at the summit that Beijing's doors are increasingly open for cooperation and that the nation stands against protectionism and unilateral measures, saying it is ready to overcome risks and challenges.

The ongoing World Economic Forum pays considerable attention to China. This is quite understandable: de-globalisation, unilateralism and protectionism, climate change and sustainable development challenges are the main topics on the agenda. China strongly opposes the policy of protectionism and unilateral sanctions of some countries and advocates the return of the world's economic and trade processes to the rails of globalisation. Beijing has repeatedly emphasised its commitment to complying with international norms, including WTO rules. As a party to the Paris climate agreement, the country had upheld its commitments in the global campaign for environmental protection.

Vice Premier Han Zheng reiterated at the forum that international affairs should not be subject to the policy of any one country. He said that “China maintains a policy of improving access of foreign companies and investors to the domestic market and will oppose in every possible way the policy of de-globalisation and unilateralism that has recently spread in some countries”.

The Chinese vice premier made no direct reference to the United States but it was clear to everyone who he had in mind. China and the US have signed the “first phase” of a trade deal that stipulates China's purchasing of $200 billion worth of American products within two years. The US, for its part, has agreed not to introduce new tariffs. China has repeatedly stressed that this agreement is by no means final since a final deal must involve the annulment of all tariffs previously imposed by the US on Chinese products. In the meantime, US Treasury Secretary Steven Mnuchin has said that Washington will not fully lift tariffs on Chinese products, even after the second phase of the agreement.

The recent speech by Vice Premier Han Zheng confirms that China and the US, despite the signed agreement, still adhere to completely different policies on global processes and development, Director for the Division of Trade and Investment Studies at the China Institutes of Contemporary International Relations (CICIR) Xu Feibiao says:

“China and the US recently signed the first phase of the trade deal. The US has made it clear that it intends to maintain tariffs. And in the future, everything will depend on further negotiations. So, one can say that the US position has not changed at all. They remain committed to trade protectionism and unilateralism”, the Chinese expert said.

According to Xu Feibiao, China's position has not changed either. The country maintains its commitment to transparency and international cooperation and will continue to follow the established course of increasingly opening up to the outside world.

“I think that is exactly what our vice premier meant: China will not change its position over trade frictions with the United States. We continue to oppose trade protectionism”, he says.

The expert believes that if trade contradictions continue, it will not only have a negative impact on China and the United States but also on the whole world:

“The slowing down of the world economy last year was largely due to the trade war. Although we have faced an unjust policy of unilateralism, we remain committed to fulfilling our previous obligations, including the opening of our markets, while continuing patiently to negotiate with the US to achieve the desired results. Herein lies China's responsible attitude towards world challenges”, Xu Feibiao notes.

Representatives of the global business elite on the margins of the World Economic Forum in Davos expressed skepticism about the prospects for a comprehensive trade deal between China and the United States, CNBC reported. Too many pressing issues were left for later. And there is no indication yet that negotiators have made progress in this regard.

China insists on a complete lifting of tariffs, the US wants to keep them, at least in part, as an instrument of control and pressure on China. Washington wants Beijing to revise its public economic policy, including the practice of supporting and subsidising companies. China regards this as interference in its domestic affairs and argues that external pressure in this matter is unacceptable. Moreover, many experts in China and the United States believe that the true cause of the trade war lies not in the balance of payments, but in the rapid transformation of China from a “world factory” and a market for cheap labour into an advanced technological powerhouse. China is already stepping on America's toes in several technologies, including 5G, artificial intelligence, and quantum computing.

Consequently, out of concern for its technological leadership, the US is trying to restrain China's development. Therefore, the ultimate objectives of the trade war are becoming a zero-sum game. The contradictions of the two largest economies will unintentionally lead to a redistribution of global trade flows, said the expert.

“Regarding the areas of external economic cooperation, I think the mindset for openness will not change. Maybe, even some processes will be accelerated. It is known that the negotiations on Regional Comprehensive Economic Partnership have been completed and the agreement is being prepared for signing. China-Japan-South Korea negotiations, China-EU talks, China-US negotiations - all these processes will be accelerated. Our openness is a bilateral, high-level openness”, the expert says.

The US continues to adhere to protectionist policies and trade barriers, which in his opinion, will affect world trade flows and lead to their redistribution. China is negotiating with the US but the outcome is not yet clear. Beijing has agreed to increase imports of agricultural goods, industrial goods, and energy resources.

“However, China will also develop openness towards neighbouring countries, the Belt and Road Initiative partners. It will continuously deepen its cooperation with the European Union. Furthermore, the trade war will impact trade in high-tech products and some Chinese exports to the US”, Xu Feibiao concludes.

Following the US and China's signing of the first phase of the trade deal, some of China's other trade partners expressed concern that China would meet its purchase commitments with the US by reducing cooperation with other countries. Specialists with Germany’s Kiel Institute for the World Economy, for example, have estimated that the European Union will lose $11 billion next year. They are afraid that China will not increase imports of goods and services in absolute terms, but will simply increase trade with the US at the expense of the EU.

Nevertheless, Chinese Vice Premier Han Zheng tried to address these concerns during the Davos forum. He said that China's increase in US procurements is consistent with WTO standards and that imports from other countries will not be affected in any way. Moreover, this year China has lifted restrictions on foreign investment in some industries, such as mining operations, the financial sector, and insurance. This will ensure equal opportunities for any company, regardless of where it comes from, to develop in China's booming market.