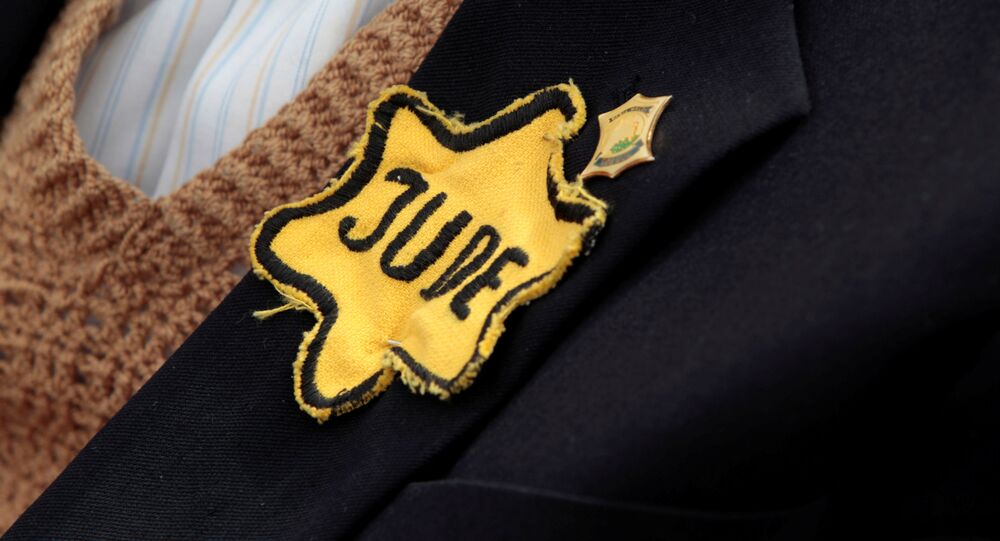 After months of preparation, the 5th Holocaust Forum will open its doors today, welcoming leaders from 48 countries.

The event - which marks the 75th anniversary of the liberation of the notorious Nazi German death camp Auschwitz in occupied Poland, where around a million Jews lost their lives - will feature the speeches of the victorious allies, who not only fought Nazism back then but are also vowing to combat the anti-Semitism gripping the world today.

But Dr. Efraim Zuroff, a leading Israeli historian from Simon Wiesenthal Center, a think-tank that was established with the aim to bring Nazi war criminals to justice, believes foreign governments are not doing enough to combat anti-Semitism.

"Part of the problem lies in social networks which legitimise any opinion, even the most disgusting and dangerous ones. But the monitoring system of these platforms has not been sufficient, nor quick. So the result was that while extremists were given the stage, governments didn't adapt the measures that would give the police an opportunity to prevent those crimes."

According to a recent study by Anti-Defamation League, anti-Semitism is lifting its head, as the poll, conducted in 18 countries in Eastern and Western Europe, Canada, South Africa, Argentina and Brazil, found that one in every four Europeans harboured "pernicious and pervasive attitudes towards Jews".

Anti-Semitism in Europe, believes Zuroff, stems from three main sources. Firstly, there is the extreme right that denies the Holocaust and spreads anti-Jewish sentiment. Secondly, there are Muslim refugees and immigrants who engulfed Europe following crises in their own countries and, thirdly, the left-wing groups that despite their “anti-Semitic nature” are not perceived as such.

Anti-Zionism as a New Form of Anti-Semitism

Although most of the violence came from the Neo-Nazi and Muslim groups, it is the left-wing movement that causes major concern, says the historian.

"You almost never had left-wing groups carrying out any lethal attacks against Jews. Rather, they focus on de-legitimising and boycotting Israel. They care little about human rights in such countries as Iran and North Korea. They care about Israel because they are anti-Semites."

The BDS (Boycott, Divestment and Sanctions) movement was born in 1950, after Israel won its War of Independence, with Arab countries vowing to boycott and subsequently destroy the newly-established state. The modern movement appeared years later, in 2005, when several US colleges tried to accuse Israel of endorsing a form of apartheid in its treatment of Palestinians and Arabs. By making that comparison, the organisers hoped to de-legitimise Israel and bring about its fall.

However, boycott campaigns and de-legitimisation attempts have also been implemented by governments, leading to the condemnation of Israel in international forums, one of which is the United Nations. In 2018 alone, the UN passed 27 resolutions, 21 of which were directed against Israel, making it the most condemned country in the world.

The Dangers of 'Government-Funded' Anti-Semitism

Yet, the most dangerous form of anti-Semitism, says Zuroff, is the variety that's backed and financed by governments, as they have the means to produce "much more destructive results than any social movement will ever be able to," he added, pointing the finger of blame towards Iran as one of the countries that supports anti-Jewish and anti-Israel sentiments.

Iran, which is home to the second-largest Jewish community in the Middle East after Israel has repeatedly threatened to destroy the Jewish state and 'liberate' what it claims is Palestinian land 'occupied' by Jewish residents.

© AP Photo / Yuri Kadobnov
Israel's ex-Ambassador to Russia: Common Interests Not Enough to Replace Washington as Main Ally
Tel Aviv also suspects that the Islamic Republic is working towards creating a nuclear bomb and is concerned its weapons of mass destruction will be used against Israeli cities, allegations that Tehran denies.

"The world hasn't succeeded in containing this regime. Nothing is stopping them from getting a bomb that will finish what Adolf Hitler started off. It is only because of Israel possessing certain military capabilities that the destruction of Israel hasn't happened already."