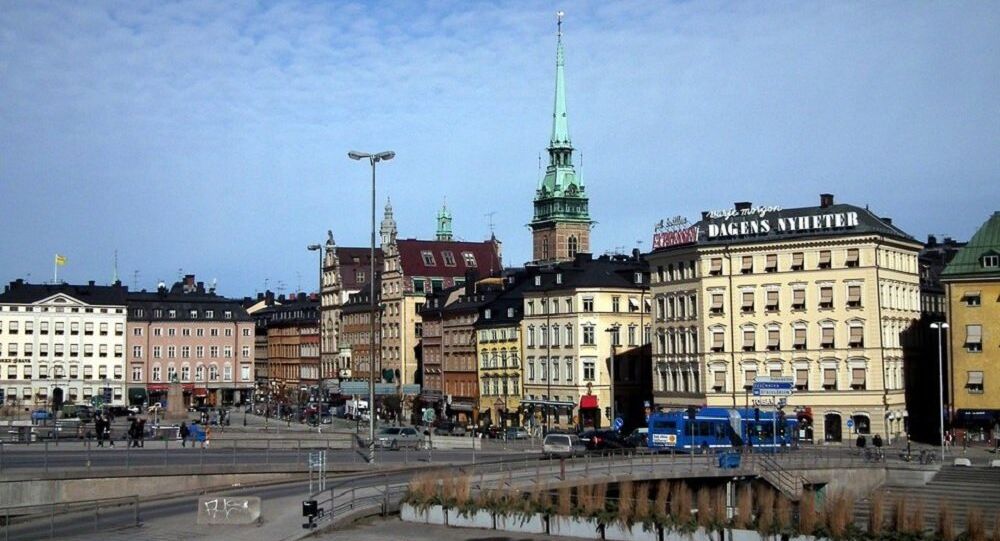 Sweden Should Sort Out Priorities for Developing Relations With China – Analyst

The recent diplomatic scandal between Sweden and China is the latest confrontation between China’s and a Western country.

China doesn’t threaten small countries but points out the groundlessness of their self-judgments. Sputnik talked to several experts to discuss the statement of China’s ambassador to Sweden, Gui Congyou, which resulted in the Chinese diplomat being summoned to the Swedish Foreign Ministry.

This shouldn’t be considered a threat to a small country on the part of a large one, especially since the ambassador himself warned of the illegitimacy of such an interpretation of his words. This fact was pointed out by Cui Hongjian, an expert at the Center for European Studies of China Institute for International Affairs.

“Talking to the Swedish TV channel, the ambassador explained his position, hoping to avoid interpreting it as a threat. Indeed, there’re differences between China and Sweden in terms of size. China has its own management experience, historical traditions, and goals of political and economic development, which the outside world may find difficult to understand. The ambassador probably had his own reasons to use that metaphor, but it shouldn’t be considered a threat to smaller sized countries on the part of China. China hopes that the outside world, including a number of countries, realizes that there might be one-sidedness, unfoundedness and subjectivity of their judgments regarding China. And this, objectively, doesn’t help real interstate relations development. I believe that this is precisely the meaning the ambassador wanted to convey by his metaphor,” he said.

China always carefully monitors what foreign mainstream media say about the country, and the reaction is almost always the same: China asks them to tone down and start some constructive discussion. This is what Alexei Maslov, sinologist, HSE professor, said about the conflict situation.

“I saw a number of publications in the Swedish media; they are really shallow, and most importantly, they are not based on thorough analysis. China takes well to any articles that are based on an in-depth study of the economic and political problems, but it doesn’t like it when they talk about it in an amateur way. It seems that Sweden simply doesn’t have sufficiently large expertise in the field of Chinese studies.”

Alexei Maslov believes that the current diplomatic scandal between Sweden and China is the next stage of China’s political confrontation with a number of Western countries. Cui Hongjian, for his part, points out that in Sino-Swedish relations, issues of politics and ideology can supplant such a priority of recent years as trade and economic cooperation. In his opinion, Sweden should rethink its approaches to China for the sake of developing bilateral relations:

“Over the past two years, a number of problems have arisen in Chinese-Swedish relations. The main reason is the differences in the stages of development. Today’s problems and challenges are also associated with the dissimilarity of the two countries. The parties are making some adjustments to their policies; perhaps Sweden needs to make such changes in the diplomatic sphere faster. Today, there’s a negative view of China in Europe; perhaps, Sweden is experiencing a certain external pressure in this situation, so it needs to continue adjusting its behaviour regarding China. For example, in previous years, economic and trade cooperation has been a priority agenda in Sino-Swedish relations. Today, priorities can change under the influence of factors related to politics, security and even ideology. Therefore, Sweden needs to think and determine the priorities for Sino-Swedish relations development.”

© REUTERS / Tobias Schwarz/File Photo
Europe to Lose Big Thanks to US-China Trade Pact - Top German Think Tank
Sino-Swedish relations have fallen to the lowest level in recent years after Swedish Minister of Culture Amanda Lind attended the ceremony of awarding journalist Gui Minhai, who is detained in China ,with the prize of PEN, an international human rights organization.

The Foreign Ministry of China called the visit a “mistake” and warned Stockholm of any actions that undermine the legal sovereignty of the PRC.