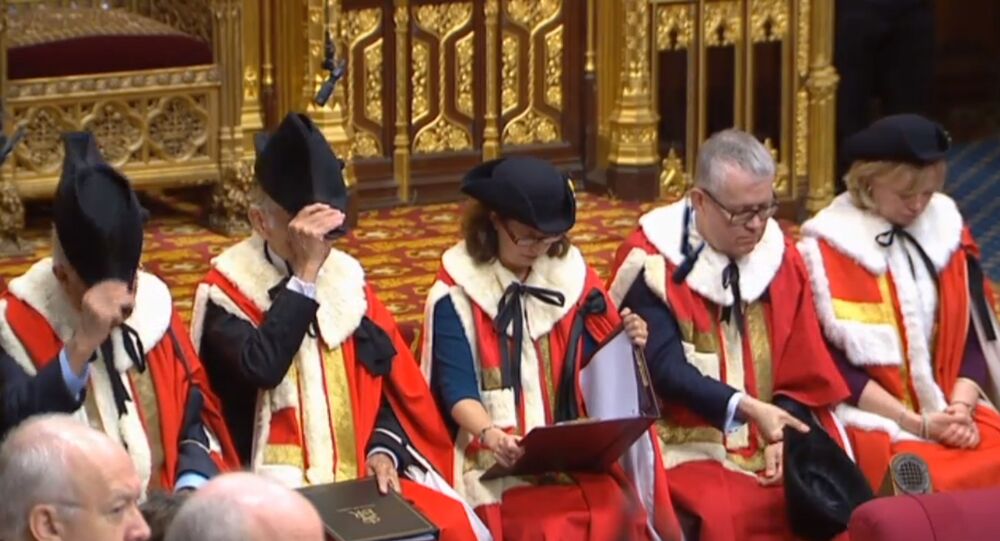 The House of Lords has now voted down three proposals put forward by British Prime Minister Boris Johnson’s government regarding the rights of EU citizens and refugees in the UK after Brexit, and also attempted to limit the future powers of Westminster to overrule decisions made by the European Court of Justice.

But will these attempts to frustrate the Brexit process continue down the line? Given that Johnson’s commanding parliamentary majority means that any decisions taken by the House of Lords are likely to be revoked upon their return to the House of Commons?

Dr Connal Parr, Lecturer in History at Northumbria University, gives his views on the matter.

Sputnik: Will the House of Lords’ attempts to stymie the Brexit process be successful?

Dr Connal Parr: It’s a very faint glow, but there’s absolutely no way that this going to frustrate the overall process, with a majority of over eighty; Boris Johnson as UK Prime Minister can essentially do what he likes, and what he feels that his government needs to do, so there’s no doubt that this is a very temporary irritation, and won’t actually block any of the processes from occurring in the way that the government wants it to.

Sputnik: Should the House of Lords be reformed?

It would be good to have a system such as a parliament tier, which would be slightly different to the House of Commons, so it’s not just one chamber, that there is a second chamber, at the same time; it would be worth perhaps appointing more expertise, rather than having situations where they have figures like Zac Goldsmith, who has been a real election loser in a factual sense, having lost his Westminster seat twice and lost a mayoral election, and yet gets rewarded because he’s a friend of the Conservative Party, by being given a place in the House of Lords.

The same thing, of course, happens with Labour, and it would be good I think to appoint more sensibly, perhaps if there was a body to appoint the expertise, rather than to do that as a favour.

Sputnik: How do you see the Brexit negotiations between the UK and EU panning out?

Dr Connal Parr: I wouldn’t rule out a no-deal Brexit, but at the same time given the majority that Johnson has; it does give him legroom to essentially pursue whatever kind of Brexit he likes, if he was dealing with something where the ERG could be a nuisance, he would be in trouble, but because he actually does have that majority, and because he has that kind of personal appeal, and the ability to say “listen, I’m the first Tory Prime Minister to win this level of majority since Margaret Thatcher in 1987”, he’s in a position to be able to extend the transition period, which would seem the most likely option, or extend the period until he has the deal which is most favourable to the UK economically.

The only situation where this would be very difficult for him would be if the economy goes wrong based on an unfortunate Brexit, where there is some kind of damage without a deal.