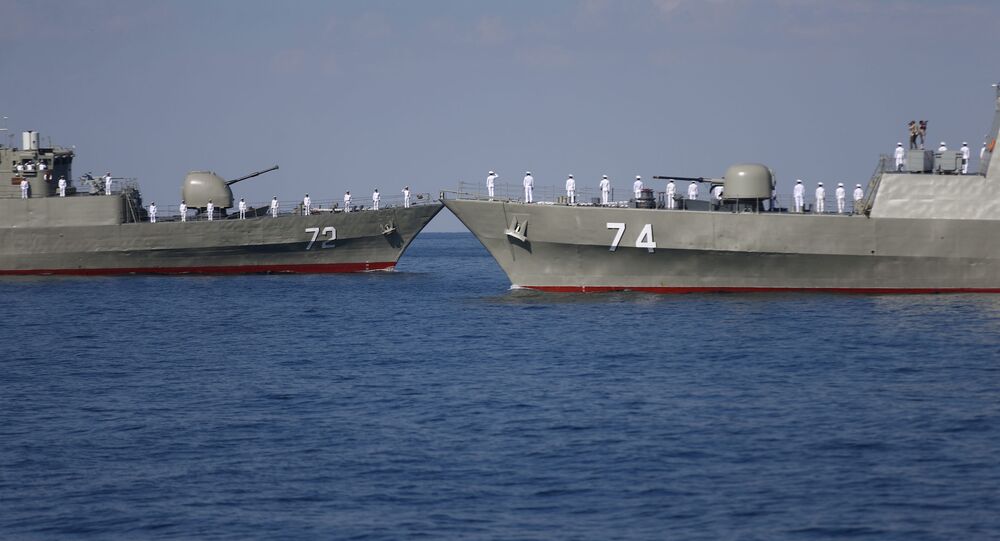 Iranian Foreign Minister Javad Zarif participated in Raisina Dialogue 2020 which was held between 14 and 16 January in New Delhi. The foreign minister met with Indian Prime Minister Naredra Modi and a number of top Indian officials on the margins of the summit, emphasising Tehran's commitment to Iran-India cooperation amid simmering tensions between the Islamic Republic and the US.

Told #Raisina2020 that Iran believes in diplomacy: but not in re-negotiating a UNSC Resolution we agreed on with 6 Governments & EU.

We did not sign an "Obama deal" to go for a "Trump deal" now. Even if we did, who's to say we won't need Biden, Sanders or Warren deal next year? pic.twitter.com/Lf1AovSINJ

​On 7 January, Iran launched a ballistic missile strike on US positions in Iraq in response to an extraterritorial targeted assassination of Quds Force Commander Qasem Soleimani by the Pentagon. In the aftermath of the attack, the Iranian defences accidentally shot down a Ukrainian passenger plane, killing 176 people on board.

Amrita Dhillon, a foreign affairs analyst and founding editor of a New Delhi-based magazine, The Kootneeti, highlights that de-escalation in the Middle East is one of the priorities of Indian foreign policy.

"As we all understand the strategic significance of Iran's geography, any disruption [in this area] will immediately have an impact on Arabian Sea countries, affecting trade and businesses in the region," she says, stressing that India has a big diaspora in the Middle East and maintains close economic ties with the region.

Additionally, India is trying to push ahead with the development of Chabahar port in a joint trilateral project with Iran and Afghanistan, aimed at boosting regional maritime transit traffic to Central Asia, bypassing Pakistan.

© AP Photo / Ebrahim Noroozi
Iranian President Hassan Rouhani, center, speaks during the inauguration a newly built extension of the port of Chabahar, near the Pakistani border, on the Gulf of Oman, southeastern Iran, Sunday, Dec. 3, 2017

Although in December 2019, India received a "written" assurance from the US that the Iranian port would be exempt from the Trump administration's sanctions on Iran, the targeted assassination of Soleimani on 3 January by the US gave Indian businessmen the shivers, according to Turkey's state-run Anadolu Agency, as they feared that the endeavour would be axed due to heightening rivalry between Tehran and Washington.

Meanwhile, India’s imports of the Middle Eastern crude plummeted to a four-year low in 2019. Being the world’s third-biggest hydrocarbons consumer, India buys up to 84 percent of oil for its needs from abroad. According to Reuters, in 2019 India acquired 2.68 million barrels of oil per day (bpd) from the Middle East and "around 1.8 million bpd from elsewhere".

In May 2019, India ceased purchasing crude from Iran – its third largest energy supplier after Iraq and Saudi Arabia – after US waivers from energy sanctions granted by the Trump administration to eight countries expired. Addressing the Raisina Dialogue 2020 gathering, Zarif called upon India to resume oil purchases from Iran despite US sanctions, emphasising the Islamic Republic's reliability.

"The United States ultimatum to India [to cease oil purchases from Iran] is discriminatory in nature," Dhillon opines. "As India is in the phase of autonomous foreign policy, Washington can't force India to agree on all of its terms. As Indian Minister of External Affairs [Dr S. Jaishankar] said, India will do what best suits its interests. India sees Iran as an economic as well as a geopolitical ally in the region. Despite its complex nature, India’s relations with Iran remain friendly and warm and this shall continue whether in the case of Chabahar port or future political and economic decisions".

Indian Navy Keeping an Eye on the Persian Gulf

To preserve India's interests in the region, the country's Navy has beefed up its presence in the Gulf of Oman and the Persian Gulf since July 2019 within the framework of New Delhi's Sankalp Operation as tensions between Iran on the one side and the US and its allies on the other side were rising.

"When it comes to the Persian Gulf or the entire West Asia/Middle East, India has its own interests in the region, mostly related to business and trade," Dhillon explains. "The Indian Navy ships have been escorting Indian-flagged vessels in and out of the Persian Gulf and the Gulf of Oman. In addition, the Indian Navy serves the purpose of any evacuation of Indian nationals in the region. Recently, we saw Indian operation in Yemen, which evacuated Indians as well as people of different nationalities other than Indians."

Although the US-Iranian conflict is somewhat cooling down, India continues to keep an eye on the unfolding situation as there's a lot of at stake in the region, the Indian foreign affairs analyst emphasises.