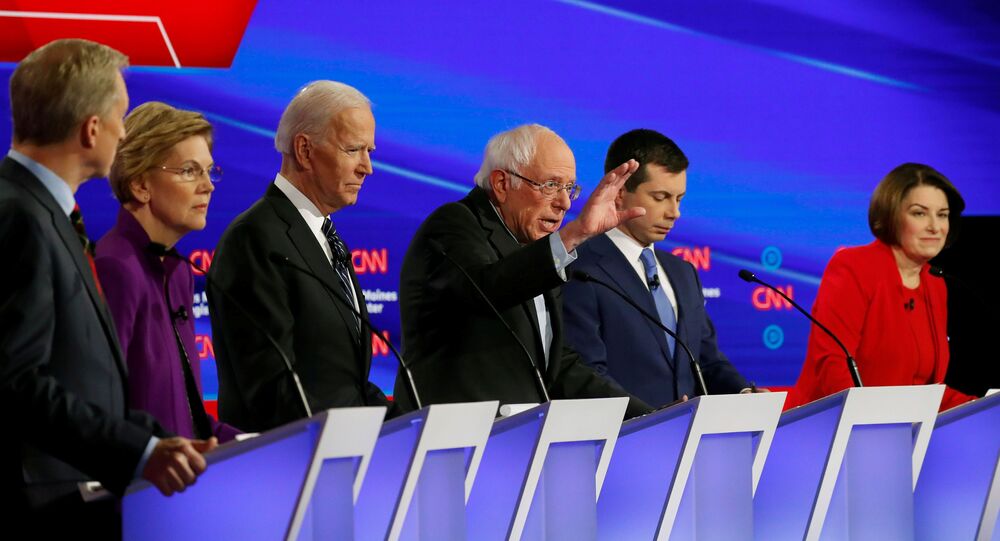 Stroke of Genius or Simply Dumb Luck? How Democrats' Impeachment Delay May Affect the Primaries

The Democrats' decision to delay the delivery of impeachment articles to the Senate seems to have been a calculated move, political analysts say, explaining that such a delay could affect a variety of things – from the process of the impeachment trial itself, to major political events, such as the Democratic primaries.

The removal of Trump from office has largely defined the campaign platforms of Democratic presidential hopefuls, with most candidates making this a goal in their political agendas and actively supporting the impeachment. The articles of impeachment were submitted to the Senate on 15 January, and now the wait finally seems to be over, with the impeachment trial set to start on Tuesday – just weeks before the first primaries.

Who Will Suffer Most From the Impeachment Trial Delay?

After three weeks of waiting, Democratic House Speaker Nancy Pelosi finally passed the impeachment articles to the Senate on 15 January, facing the ultimatum from the Republicans to start the process without them. The Democrats claimed that the delay was necessary to ensure a "fair" trial by forcing the Republicans to call witnesses during the process, although House Minority Leader Kevin McCarthy criticised the move, accusing them of trying to choose "a political, convenient time" for their "urgent" impeachment.

© REUTERS / LEAH MILLIS
U.S. House Speaker Nancy Pelosi (D-CA) signs the two articles of impeachment of U.S. President Donald Trump before sending them over to the U.S. Senate during an engrossment ceremony at the U.S. Capitol in Washington, U.S., January 15, 2020

But, apart from giving Democrats time to renegotiate the terms of the trial, the delay moved it extremely close to the first round of primary votes. Such a shift in the impeachment schedule can hardly be seen as coincidental, since it might directly affect the campaigns of those candidates who will be fulfilling their Senate duties by attending the trial, opines Sean D. Foreman, professor of political science at Barry University, who stresses that this could have been a hidden motive that could have been a factor driving Nancy Pelosi's decision.

"By delaying the start of the trial by two weeks in January, and over that time period increasing the chances that the Senate trial may last longer than the Republican leadership hopes for, it can give Biden an advantage in Iowa against Sanders and Warren, who are now sworn jurors in the trial," Foreman said.

Indeed, Sanders, Warren and several other Democratic senators may face difficulties in making personal appearances at campaigns ahead of the Iowa caucus and New Hampshire primary because of the need to fulfil their duties as part of impeachment proceedings. Bearing in mind that these two events often determine who will perform well throughout the primaries and who will drop out soon, due to being the first in series of state primary elections, it's hard to underestimate the impact of the impeachment trial delay on the entire process and its outcome.

Who Comes on Top as Result?

Few candidates can afford to lose both Iowa and New Hampshire, except for prominent figures like Biden, Thomas Whalen, associate professor at Boston University indicates. He adds that while such losses would be a "dangerous sign" for his campaign, he still would have "a kind of a firewall" in South Carolina. The former vice-president polled significantly higher than any of his rivals in this state and can count on victory there with around 36% of votes, finishing around 21% ahead of his nearest competitors, Tom Steyer and Bernie Sanders.

This way, with major opponents, Sanders and Warren, preoccupied with the impeachment, Biden looks like the person who has the most to gain from the trial delay since he will have the "whole field" in Iowa, Whalen says. Stephen Presser, professor of the Northwestern School of Law, in turn believes that the former vice-president is the "favoured candidate" of those who control the upper reaches of the Democratic Party, and hence it's possible that the holding of the impeachment articles was not accidental.

However, some scholars do not believe that Pelosi had a hidden motive behind delaying the impeachment trial. Professor Daniel Franklin, associate professor of political science at Georgia State University, opine that the House speaker has never showed that she "bears any ill will" towards Senators Sanders, Klobuchar, Bennett, Booker, or Warren, whose primaries bids will suffer from the trial, and hence it's unlikely that she held impeachment articles to harm them.

Franklin suggests that House speaker was simply hoping to let the whole impeachment process to slow down and allow "the gravity of the situation sink in", as the new alleged incriminating evidence against Trump surfaced just ahead of the trial's start.

"Was this a stroke of genius or simply dumb luck?  I leave it to readers to decide," Franklin said.

Trump: 'I Just Got Impeached For Making a Perfect Phone Call!'