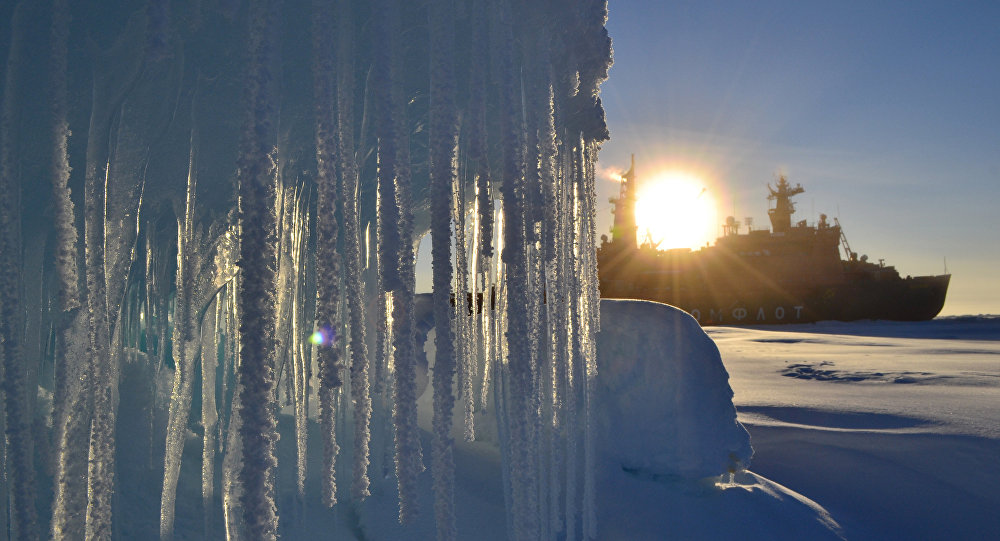 'Kissinger’s Nightmare': How Russo-Chinese Arctic Cooperation May Upset US Control Over the Sea

Russia and China are stepping up cooperation in the Arctic region, which is now regarded by Washington as the "principle challenge" to US security and prosperity. Glenn Diesen, a Norwegian author and academic, explains how Russia's Northern Sea Route (NSR) may upset the established balance of power and challenge US control over the sea.

On 21 December 2019, the Russian government approved the country’s development plan for its Northern Sea Route (NSR), a shipping lane located along Russia's Arctic coast within its exclusive economic zone (EEZ), in accordance with President Vladimir Putin's 7 May 2018 decree envisaging the increase in freight traffic through the NSR to 80 million tonnes by 2024.

The Chinese eye the route as an alternative transportation solution which can cut several thousand kilometres off the established see lanes and provide the shortest way to Europe, calling it a "polar silk road". Europeans are also watching the development closely as the Arctic route to Asia may save them time and money. Although currently the route is partly free of ice only for several months – a problem which is successfully solved by Russia's icebreaking fleet – European researchers predict that the climate change will make the NSR navigable for the whole summer season by 2035.

Meanwhile, the US is increasingly concerned about Russo-Chinese cooperation in the Arctic Ocean, which prompted a shift in their 2019 Arctic Strategy, says Glenn Diesen, a Norwegian author and professor at the Faculty of World Economy and International Affairs of the Higher School of Economics in Moscow.

Sputnik: The 2019 US Arctic Strategy names competition with China and Russia as "the principal challenge to long-term US security and prosperity", while the country's 2016 doctrine was focused on collaboration in the region. What's behind this change of heart, in your opinion?

Glenn Diesen: US foreign policy has recently shifted back towards the focus on great power politics. This can be explained by the rise of China and Russia, insecurities about the relative decline of the US, fatigue and failure of the “War on Terror” and the permanent wars, and/or a reflection of Trump’s view of the world.

The Arctic region has traditionally been less vulnerable to great power politics. There have been good experiences with cooperation in the Arctic even when tensions flare up in other regions. US policies towards the Arctic are definitely influenced by what is referred to as “Kissinger’s nightmare” – a strategic partnership between Russia and China.

Sputnik: Russia and China are increasing cooperation in the Arctic region with Beijing, seeing the North Sea route as part of its "polar Silk Road". What benefits could Europeans, Russians, and the Chinese reap by exploiting these transport opportunities? Why does the US see these developments as a dramatic challenge?

Glenn Diesen: The Northern Sea Route though the Arctic offers a cheaper and faster transportation corridor between Asia and Europe. This can become an important transportation corridor, which is completely outside US control. Towards the end of the 19th century, the influential US naval officer Alfred Thayer Mahan argued that controlling the seas was imperative for commerce and warfare.

In the early 20th century, the US began asserting control over the Pacific Ocean and by the end of the Second World War, all major maritime corridors and choke points were under US control. The US established two “island chains” along the South China Sea to contain the Soviet Union and China in the Pacific. Since the Cold War ended, NATO has expanded into the Baltic Sea and Black Sea, which limits Russia. The Northern Sea Route would be the first transportation corridor to challenge US control over the sea. This will have implications for both commerce and warfare. 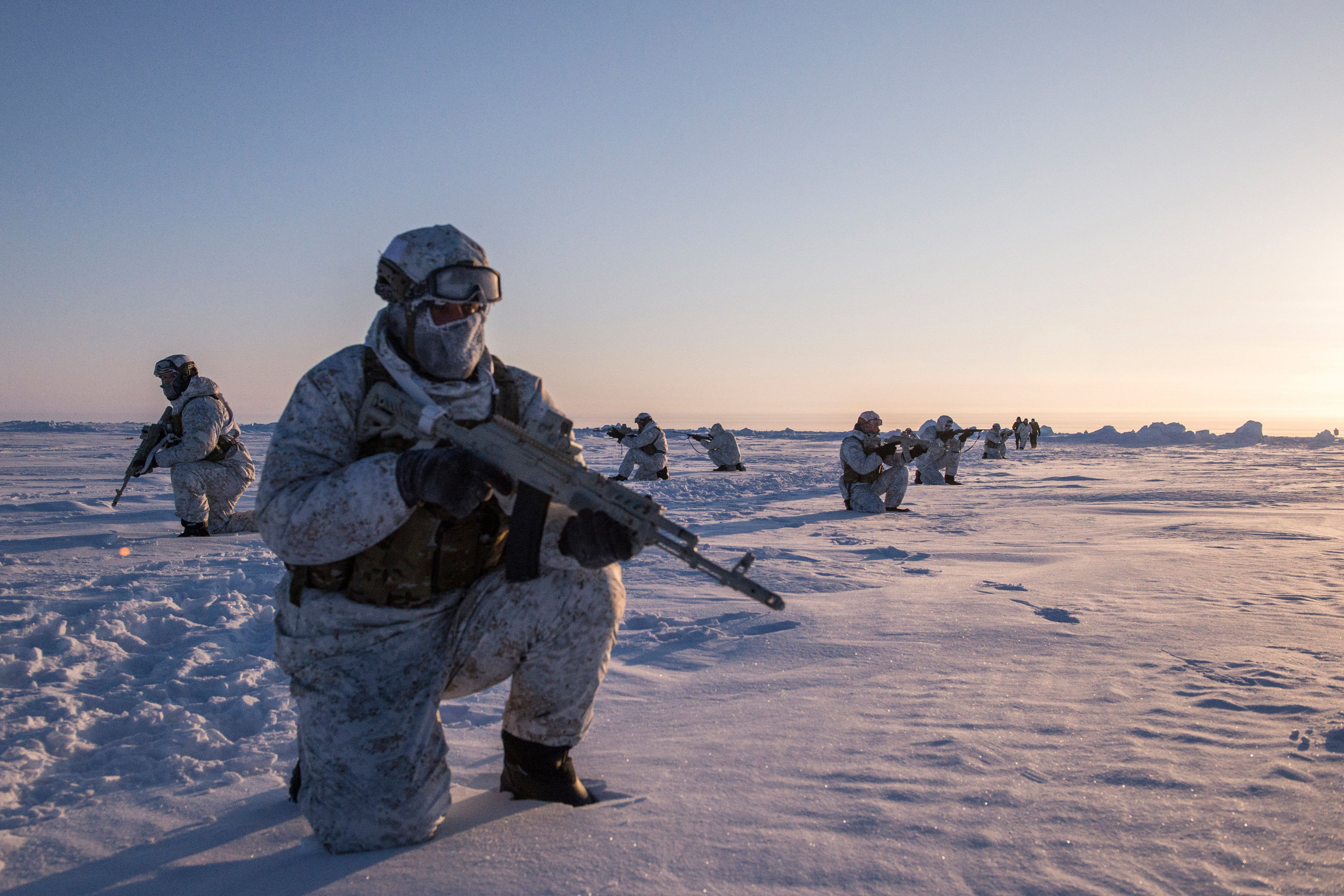 Sputnik: Are EU nations ready to stand up for their economic interests in spite of US pressure? What is the potential role of Norway in the increasing standoff between the NATO bloc on the one side and Russia and China on the other in the Arctic region?

Glenn Diesen: The Europeans are in a difficult position. Their economic and security infrastructure have been closely intertwined with the US for decades. The US integrated the two other major economic regions in the world, Europe and Asia, under US influence through the trans-Atlantic region and Indo-Pacific region. This geostrategic infrastructure marginalises Russia and China by design. The Russian-Chinese strategic partnership for Greater Eurasia aims to integrate Europe and Asia into one super-continent, which is a repudiation of the US-centric economic order. This is a major geo-economic restructuring for Europe.

European economic connectivity is shifting and old political loyalties are already challenged. Germany, Britain, France and other European states are working with China’s Huawei to install 5G technology. Turkey and Serbia have purchased the Russian S-400 missile defence system. Germany is completing the North Stream 2 with Russia through the Black Sea and Turk Steam is built through the Black Sea.

Greece, Italy, Poland, Austria, Luxemburg and Switzerland have joined the trillion-dollar Chinese Belt and Road Initiative connecting Europe and Asia with land and sea routes. All major European powers joined the Chinese-led Asia Infrastructure Investment Bank in 2015. These developments have all occurred despite US objections and threats of sanctions.

The Northern Sea Route through the Arctic places Norway in a vulnerable position. Norway and Russia have good experiences with cooperation in the Arctic despite the tensions between NATO and Russia. Norway has sought to balance two foreign policy objectives –being a “good ally” to NATO and a “good neighbour” to Russia.

As the US seeks to confront Russia in the Arctic, Norway risks to inadvertently becoming a frontline. There is a dangerous trend as Norway over the past few years has contributed to NATO's missile defence system, hosting US troops on its territory, and neglecting the “good neighbour” aspect in its foreign policy. Like in the rest of Europe, Norway risks becoming an object of great power rivalry as economic power continues to shift towards the East. 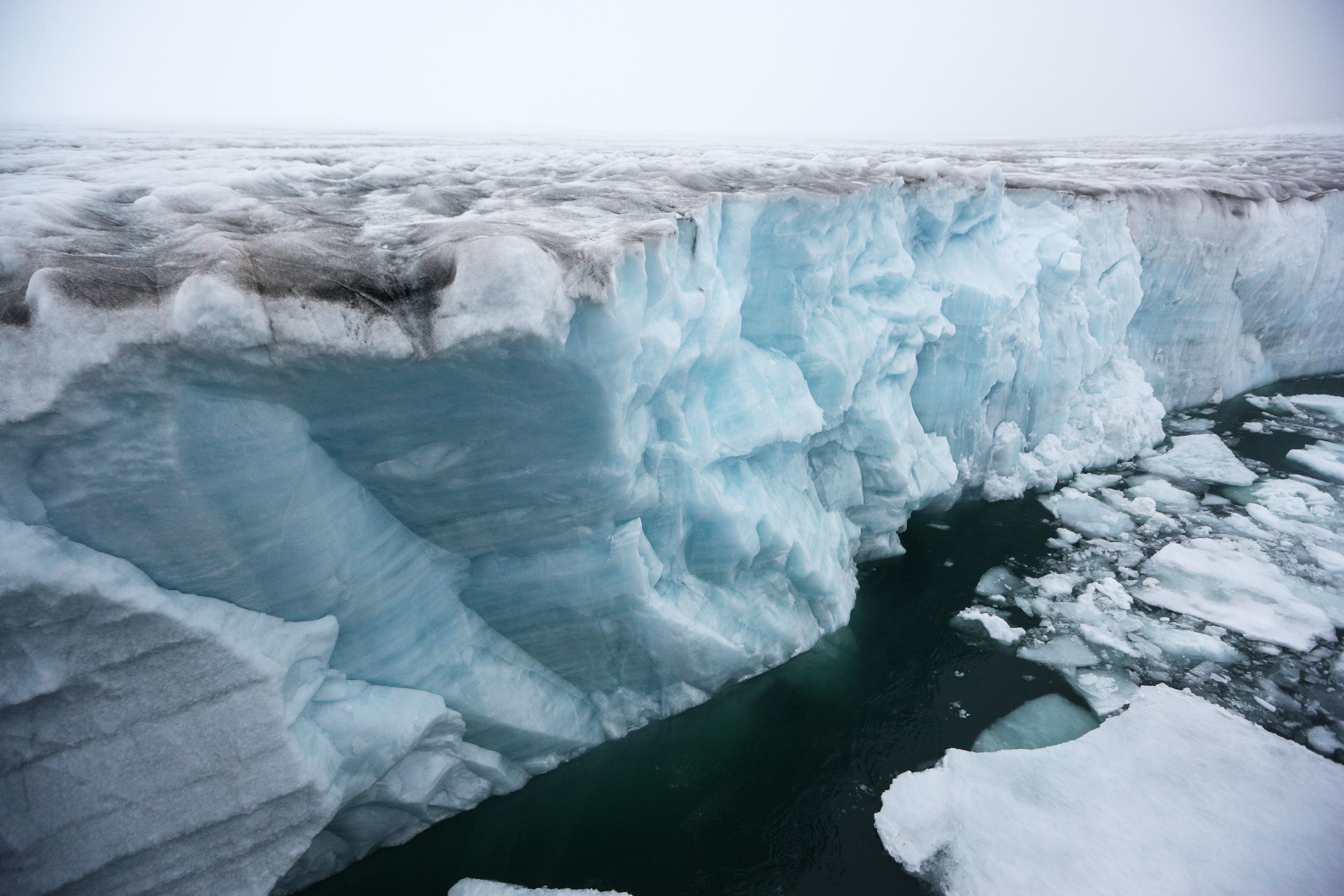 Sputnik: There are prognoses saying that climate change would leave the Artic routes free of ice during summer by 2035. How could this change the existing status quo and the balance of power in the Arctic region?

Glenn Diesen: The melting ice in the Arctic will strengthen Russia’s hand. Without the need for icebreakers, the Arctic corridor could facilitate a significant share of international commerce. The impact on the balance of power in the Arctic is difficult to predict as it depends on several variables.

First, Russia and China will need to establish a functional partnership in the high north. Much of the infrastructure will need to be built from scratch. China is prepared to invest and develop the transportation corridor, although Beijing wants reassurances that this will give it a presence. China received a 40-year long lease over the Gwadar port in Pakistan to secure its investment. However, territorial sovereignty is sacred in Russia and a different agreement must be reached in this part of the world.

Second, it is still uncertain how the Europeans will respond. Will they play a greater part in this region by cooperating with Russia, or will they retreat into the US fold as a new geoeconomic architecture comes into place? Last, it is difficult to predict what choices the US will make. For the first time in its history, the US is in relative decline and this can lead to an all-or-nothing mentality. Hopefully, the US and Russia can move towards an agreement that reduces zero-sum structures and establishes something that resembles a partnership.