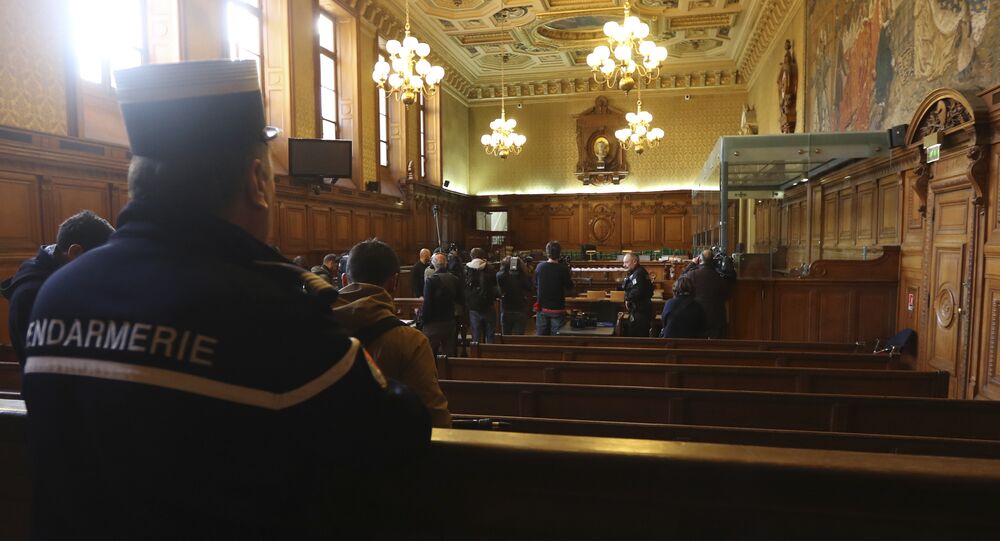 Jihadist Repatriation: One Can(Not) Be Accepted

The French government in general remains reluctant to repatriate jihadists from Daesh*, yet the country's Minister of Justice Nicole Belloubet seems to have no objection to their return.

Samuel Lafont, spokesperson for Damoclès, who launched a petition signed by 180,000 French people to oppose this repatriation, has shared his thoughts in an interview with Sputnik.

Sputnik: Some 200 adult jihadists and 300 children of French nationality are imprisoned in the Middle East, mainly in the Kurdistan Region.

According to Nicole Belloubet, the current unstable situation in Iraq does not allow jihadists to be prosecuted in that country through special courts supported by European countries. “I see no other option but to repatriate these people to France”, the minister said. Why are you opposed to this?

Samuel Lafont: Macron’s government has said lots of things about it. At first, we were told that jihadists could not return to France. Then we were told that their return would be handled individually – women, children, adults, all mixed up. [French Foreign Minister] Le Drian recently said that Paris' official position is that jihadists should be judged on the spot. And then Nicole Belloubet, who seems to be more interested in the fate of jihadists than French people, makes a statement.

These jihadists are the enemies of France. There is nothing French left in those of them who have French citizenship. We know this is a time bomb and we also know that those who have been tried in France have received ridiculous sentences. They use their time in prison to sway others to their side. And the only thing they expect is to get out of prison and go kill French individuals.

Their sentences do not exceed 10 years in prison. This is ridiculous given the terrible things they [the jihadists] have done!

Sputnik: Institute for Justice Spokesperson Guillaume Jeanson believes that it is impossible to say that judges “condone” jihadists; courts simply find it difficult to try crimes committed far from France in the Middle East. Aren’t your words too harsh?

Samuel Lafont: No, they show the firmness of our position. And that is the question! If we find it difficult to judge terrorists for acts committed far from France, why are we letting them return? Jihadists are playing that card! They are all pretending to be confectioners, saying they didn't fight, even though we know they were trained to do it – to kill, to commit terrorist acts. They are mocking us, making fun of our legal system. Those who have returned must be stripped of their French citizenship.

Sputnik: The Minister of Justice believes that there should be control over jihadists as she said: “We can't risk that they will dissolve into the crowd”. That is, in her opinion, they will either be under the control of the French authorities or will vanish into thin air. What are your thoughts on that?

Samuel Lafont: This is ridiculous. In France, more and more terrorist acts are being committed, those people who are considered dangerous are not stopped and they commit new crimes. If they are sent home, they could commit terrorist acts now or in a few years...

Sputnik: Nicole Belloubet considers it “unacceptable” that children of jihadists are being held in camps in Kurdistan. And is it acceptable for you? Are you against any repatriation, even if it is handled on an individual basis and for humanitarian reasons?

© Sputnik / Andrey Stenin
France to Repatriate 130 Daesh Fighters Detained in Syria - Report
Samuel Lafont: The argument with children and women was used to soften people. Left-wing lobbyists launched an entire campaign to convince us that men pose no danger. Then they turned to protect women, saying they were allegedly victims of their husbands, forced to stay there, that they were all nurses and did not commit any terrorist acts, that they did not participate in Daesh policy*.

We know that is not true. And also, that those children are poor children. Yet we know that they are trained to kill from childhood. The videos show them killing prisoners or slitting their throats.

Our answer should be an emphatic "no". There is no need to put French people in even greater danger, the world they live in now has more than enough.

*Daesh, also known as ISIS/IS/the Islamic State, is a terrorist group outlawed in Russia and many other countries.