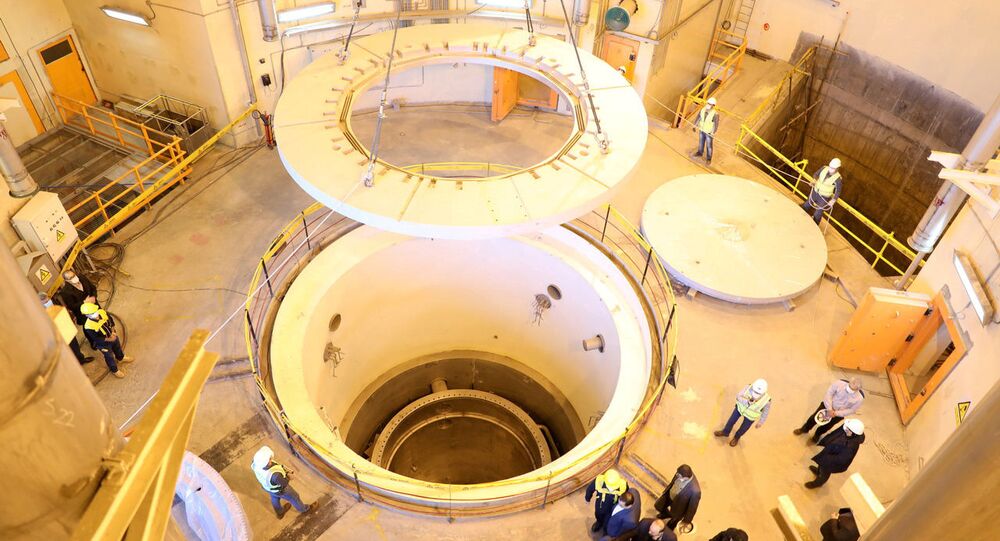 While the US has long-since abandoned the Iran nuclear deal, Washington has remained a key player in the agreement’s recent matters through attempts to pressure European signatories into anti-Iran positions. However, this appears to have only damaged Europe’s credibility further.

Mohammad Marandi, an expert on American studies and postcolonial literature who teaches at the University of Tehran, joined Radio Sputnik’s Loud and Clear on Thursday to comment on Trump’s economic warfare against Iran and provide his thoughts on the possibility of Tehran entering into another nuclear agreement.

“The Europeans don’t really have any credibility anymore,” he asserted to hosts Brian Becker and John Kiriakou. “They seem to obey Trump whenever he dictates terms to them. They’ll grumble, but they won’t do anything other than carry out his demands.”

Earlier this week, UK Prime Minister Boris Johnson told the BBC that he understood the Trump administration’s reservations concerning the Obama-era Joint Comprehensive Plan of Action (JCPOA) nuclear deal and welcomed the idea of a new agreement taking its place.

"Let's replace it with the Trump deal."#BorisJohnson discusses the Iran nuclear deal (the JCPOA) on #BBCBreakfast
More here: https://t.co/rBgWP1Wpuf pic.twitter.com/cKEkh8VEGI

Though Johnson’s argument appeared to be made in good faith, a Washington Post article citing EU officials claimed that his remarks, and Germany, France and Britain’s joint statement launching the Iran nuclear deal’s dispute mechanism, came about due to the Trump administration’s threat of imposing a 25% tariff on European automobiles imported from the three countries.

Marandi said that he believes Iranians are beginning to take the position that Tehran should abandon the deal and should no longer have limitations placed on their peaceful nuclear program through negotiations with powers such as the EU and US.

"We are enriching more uranium [than] before the deal was reached ... Pressure has increased on Iran, but we continue to progress," Iranian President Hassan Rouhani said during a televised address before the Islamic Republic’s Central Bank on Thursday, as reported by Al Jazeera. Rouhani argued that Tehran’s nuclear program was actually in a “better situation” than it was prior to the JCPOA’s signing in October 2015.

“The Iranians are carrying out research and development in the nuclear field so that there will be [a] much more technologically advanced nuclear program within the next couple of years,” Marandi said. However, despite this desire for Iran to speed up its research and make up for lost time since the JCPOA’s implementation in January 2016, Tehran has also expressed that it would return to such an agreement as long as the other side respects the deal’s terms, he pointed out.

“The problem for the Iranians is that they have been the only side … carrying out their obligations. The Europeans have been in full violation of the deal. They have not carried out a single commitment that they were supposed to in the deal for well over two years now,” Marandi said, explaining that Tehran views the Europeans’ activation of the dispute clause as “19th century behavior, where the empire dictates terms to the colonies.”

Speaking on holding up their own side of the JCPOA, Rouhani stated Thursday that Tehran has “proven in practice that it is possible for us to interact with the world."