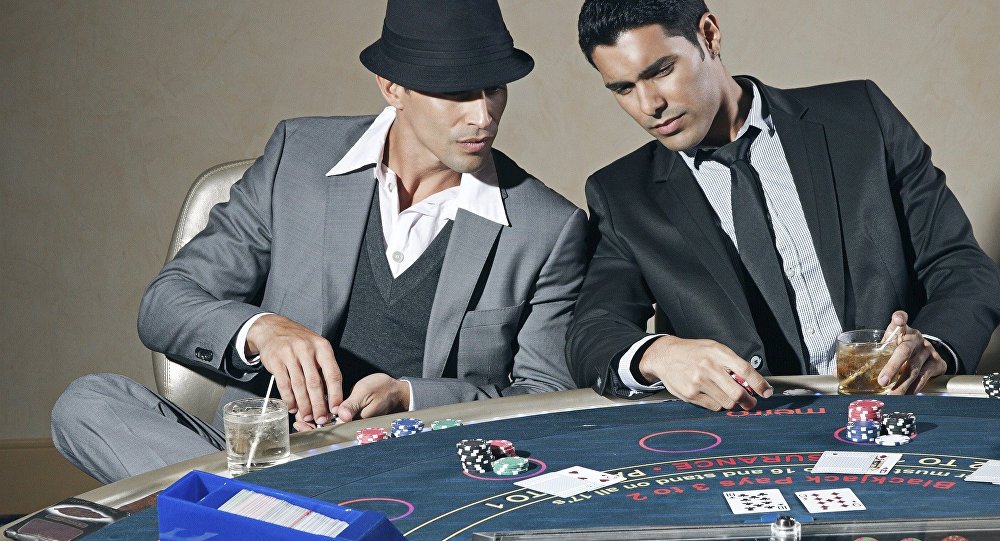 England’s chief of mental health services has called on Gambling companies to take action and combat the increasing prevalence of gambling addiction in the UK.

Dr Emily Arden-Close; Senior Lecturer in the Department of Psychology at Bournemouth University and Counsellor Diana Parkinson gave their views on the matter.

Sputnik: Why has gambling addiction become so prevalent in the UK?

Dr Emily Arden Close: There’s a lot of advertising about gambling, for example; I remember back in 2018 watching the World Cup with my son, who was only eight years old and there were gambling adverts on all the time, and actually the gambling industry seemed to be quite proud about the increase in gambling, they said that in previous World Cups it had been one in ten women who bet and now it’s one in three, so they saw that as a positive thing.

© REUTERS / Stefan Wermuth
UK’s New Budget: Hammond Wants to Gamble on Public Finances – Think Tank
When you are gambling online, a lot of people have said that money doesn’t seem real because you are just exchanging numbers rather than notes, and also you can gamble anywhere, at any time, at any place, even in the middle of the night, even if you are too old to get out of your bed and go to a betting shop, you can still gamble.

Up until recently; it’s been possible to gamble with a credit card, so banning this was a really positive step, but with regards to what’s been done about it, there is support for gamblers, so, for example, there is the national problem gambling clinic, and there are also residential treatment centres set up by charities, the issue is that they only have a limited number of beds and it’s quite a long programme, so it can take very few people.

Diana Parkinson: It used to be in the old days that you had to walk to a betting shop and place a bet, but nowadays it is twenty-four hours a day, seven days a week and people can place bets on their mobile phones, so they are not actually physically placing money down in front of them, so it’s extremely worrying.

People might win the odd time, but betting companies make vast sums of money, so anybody who places a bet is probably going to lose all their money, It’s incredibly destructive.

Sputnik: How can the issue be resolved?

Dr Emily Arden Close: The national problem gambling clinic is provided through the NHS, but it’s been less more known about, so GPs wouldn’t necessarily be aware of it, and I think a lot of people have not been aware about the support available for problem gambling, so a lot of problem gamblers would be less likely to be treated unless they had a concurrent addiction, and also with the stigma around gambling, maybe people just didn’t want to come forward.

© CC0
'Gambling is Still a Serious Problem for Children' - Academic
Diana Parkinson: You can keep investing in something like dealing with addictive issues on the NHS, but they are never-ending and I don’t know if there’s ever going to be enough money. Maybe one way if we are going to allow gambling; is that we get the big gambling companies to put a lot of money into the NHS, so that in fact the gambling companies are paying to help those that have succumbed to the addiction, that would be a much better way.

I don’t think it’s fair to expect the NHS to be able to provide that service, they are not creating it, it’s not a problem that’s been created by accident, this is companies deliberately, kind of legally stealing money from people, so why shouldn’t they pay to help people who do succumb to addiction from gambling?

Sputnik: Should gambling be banned outright in the UK?

Dr Emily Arden Close: I think it needs to be regulated much more than it is at present, as it is a bit too unregulated, but I don’t think actually banning gambling would be the solution, partly because it is quite a part of people’s lives, and also part of my concern is that if it is banned; then it might go underground.

Diana Parkinson: Probably it would be safer if it was illegal, because as long as gambling is around; unfortunately there will be people who are addicted to it and usually they are people who are quite desperate to make money, so they already don’t have any money and are desperate to get some money, but of course they just end up losing more and more, homes and families are destroyed by this and the betting firms never ever lose.