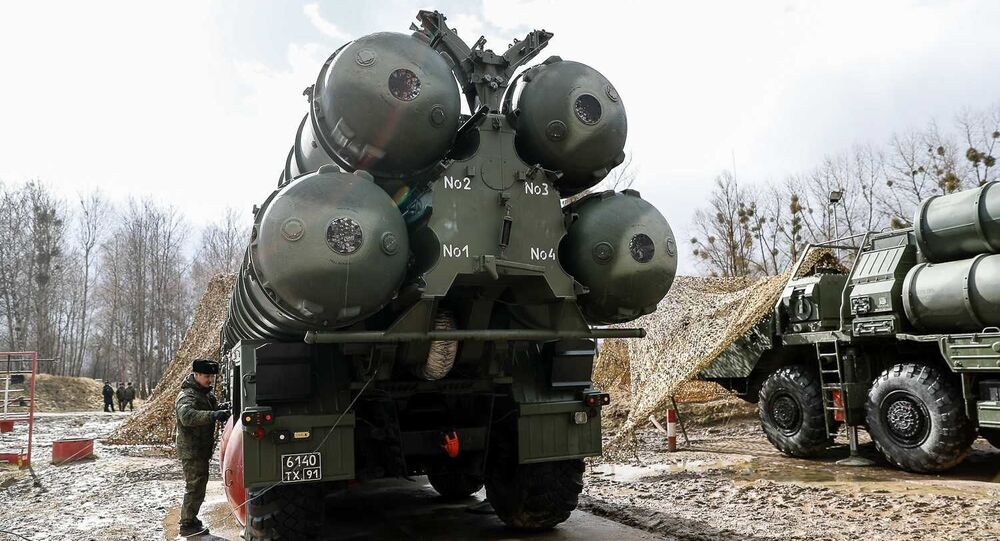 Earlier this week, The Wall Street Journal quoted Karim Elaiwi, a member of the Iraqi parliament’s Security and Defence Committee, as saying that Baghdad was considering purchasing Russian S-400 systems amid concerns that the US may stop supporting the country.

According to Joey Hood, the principal deputy assistant secretary of state for near eastern affairs, Iraq’s possible acquisition of S-400 anti-aircraft missile systems could trigger US sanctions. “We advise our partners not to make such purchases”, he said.

“The relations between Iraq and the United States have worsened after the murder of Qasem Soleimani. The Americans conducted a military action on Iraqi territory; in response, Iraq demanded that American troops withdraw from the country. In turn, Trump demanded that they pay for the presence of American troops and the base that they have built”.

The expert believes that the current events around Iraq potentially purchasing S-400s only exacerbate the situation.

“If the Americans try to hamper this deal by closing Iraqi dollar accounts, they’re unlikely to succeed. Iraq can resort to payments in national currency; we already see this in India and China, Turkey is also preparing for this. They may try to increase sectional pressure on Iraq, but they will definitely have to withdraw their troops from the country”, he noted.

“If the Americans leave Iraq, that will indicate that their invasion in 2003 was in vain; that their soldiers died in vain, that everything that happened during so many years was in vain”.

The Iraqis Are Still Thinking

In turn, Iraqi strategic expert Wasiq al-Hashimi said that the Iraqis need to weigh all the pros and cons, because purchasing weapons is a very complicated issue that is closely linked to politics.

“The issue of weapon acquisition is complex. If US troops leave the country, there will be problems with American F-16 aircraft, since the contract with the Russian side hasn’t been concluded. For any country, it is best to purchase weapons from different countries in order to avoid pressure in the future”, he said.

© AP Photo / Turkish Defense Ministry
Turkish S-400 Systems Will Become Fully Operational by May - Reports
Wasiq al-Hashimi pointed out that Iraq has a large army, but the supplies and purchases issue hasn’t been settled yet; “for instance, servicing the Air Force is a big and important issue that affects today’s decisions”, he said.

“The idea of purchasing the Russian S-300 and S-400 systems wasn’t born today. It was discussed earlier, but, because of American pressure, the deal didn’t take place”.

The Iraqi government is facing pressure from the US side; therefore, in response, Baghdad is concluding numerous deals with China, as well as resuming talks on buying the S-300 and S-400 systems with the Russian side. Of course, such issues require numerous negotiations, approvals, and time”, the expert concluded.