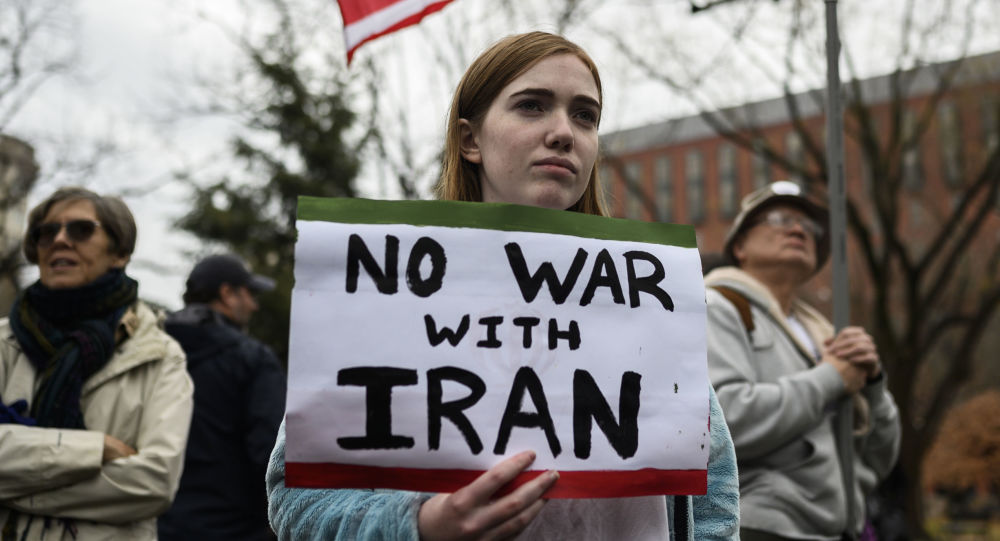 As US-Iran tensions continue to grow in the Middle East, anti-war demonstrators have taken to the streets across the globe and, according to one expert, have managed to make headway in swaying the opinion of elected US officials.

Peace activist and Code Pink co-founder Medea Benjamin joined Radio Sputnik’s Loud and Clear on Wednesday to discuss her organization’s upcoming international anti-war event and to highlight how US lawmakers are increasingly bending to the demands of their constituents.

Benjamin explained to hosts Brian Becker and John Kiriakou that Congress is feeling pressure from grassroots organizations, and that was made evident by the House of Representatives passing a resolution to limit the war powers of the US president last week.

“We have to be a global movement,” she said. Putting those words into action, Code Pink and a plethora of other organizations have banded together for the “International Day of Action: NO WAR WITH IRAN!” on January 25, which is a worldwide day of protest “for all who are opposed to yet another catastrophic war,” according to the peace organization’s website.

As of this article’s publishing, events have been scheduled across the US and in locations in Canada, Costa Rica, Denmark, Germany, Italy, Slovenia, Spain, Uganda, the UK and Venezuela.

On Tuesday night, Benjamin pointed out, the Democratic presidential candidates participating in the CNN/Des Moines Register debate clamored “to say how they opposed the war in Iraq because they knew the American people said that was a bad one, and, for the most part, they’re very critical of [US President Donald] Trump taking us into a war with Iran.”

“Even [Massachusetts Senator] Elizabeth Warren - who wouldn’t have said this a couple of months ago - now says, ‘Get the troops out of there,’” Benjamin noted.

"We need to get our combat troops out," says Sen. Elizabeth Warren about whether as president she would leave or withdraw combat troops from the Middle East. "We should stop asking our military to solve problems that cannot be solved militarily." #DemDebate pic.twitter.com/u85O3ci30c

“That’s a very positive thing, and that’s happening because she’s hearing that on the campaign trail, she’s hearing it from her constituents in Massachusetts, and because [Vermont Senator] Bernie Sanders has taken a very good position on these issues,” she added.

While detractors can say that protests against the Iraq War were unsuccessful, those taking to the streets and organizing today have “the 20 years of failed US intervention” in the Middle East as a basis for their demonstrations, according to Benjamin. Furthermore, the American people’s view of the US’ failure in the region crosses political lines, giving the anti-war movement a “broad popular base of support.”

“We just have to get that message to the White House,” she asserted.

Despite Budget Controls, US Deficit Hit $1 Trillion in 2019