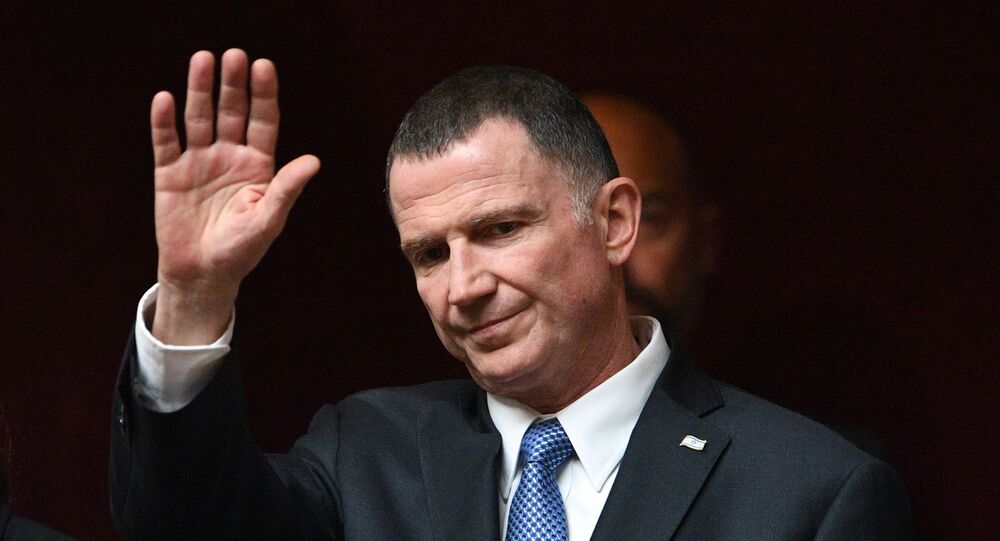 The chairman of Israel's parliament, Yuli Edelstein, is expected to give a presser later today to announce his decision on whether he will give the green light to the establishment of a special house committee that will discuss granting immunity to Prime Minister Benjamin Netanyahu.

To avoid facing a trial ahead of a general vote scheduled for early March, the premier - who has been involved in a series of graft probes - filed an official request for immunity, a move that split the Israeli public into those who support and those who oppose the PM.

Now it is up to Edelstein to decide whether to back Netanyahu and Likud, of which Edelstein is a part, or to remain loyal to his job as the chairman of the Knesset and thus keep his neutrality.

Netanyahu's main rival, the Blue and White party chief Benny Gantz has already warned Edelstein that he will act to remove him from office if he prevents the establishment of the committee.

"We will use all the means at our disposal to make sure the committee is established. If Yuli Edelstein stands on our way... he will not hold to his post," Gantz promised.

Although circles close to Edelstein say he will not surrender to pressure and threats, they do acknowledge the tough situation the chairman is currently in.

On the one hand, vetoing the establishing of the committee will mar his reputation and will single him out as a person who preferred to back his boss rather than keep Israel's democracy afloat.

On the other hand, Okaying the demands of Blue and White will not only mean backstabbing Netanyahu, something that Likud will not forgive, but will also lead to a potential defeat in the upcoming elections.

The Blue and White have already announced that with Edelstein's approval they will work on the establishment of the committee "within days".

Paving the Way for Netanyahu's Fall

Once the committee - that features representatives of all parties - is set up and reaches its conclusions, Netanyahu's plea will then be transferred to the Knesset's general assembly that will vote on whether the premier should be given the immunity.

65 members of the parliament have already said they won't back Netanyahu's request, meaning the indictment bill submitted in November by Israel's Attorney General Avichai Mandelblitt will land on the desks of police clerks as early as February, a month before Israel goes to the polls.

Meanwhile, Likud continues to maintain its second place getting 33 seats out of the 120-seat Israeli parliament, according to the recent survey. The Blue and White remains in first place with 35 seats.

At the same time, and despite allegations against him, Netanyahu is still Israelis' preferred choice when it comes to the premiership.

According to Israel Hayom, one of the most popular newspapers in Israel associated with the right, 43 per cent of Israelis think Netanyahu is the best fit for the premiership, with only 38 per cent saying the same thing about Gantz.