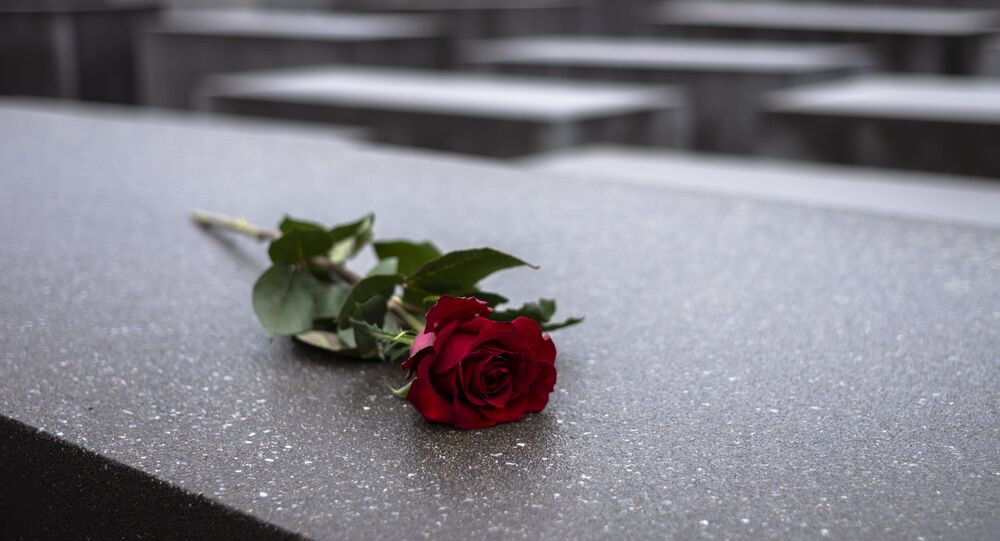 Israel's Former Envoy to Poland: Poles Don't Want to Rewrite History but They Look at it Differently

Israel is caught in the middle of an ongoing squabble between Russia and Poland over who started World War II. But while the Poles have every right to claim they were victims, Warsaw shouldn't sweep under the rug its collaboration with the Nazis, believes a former diplomat.

Polish President Andrzej Duda will not participate in the upcoming ceremony dedicated to the 75th anniversary of the liberation of Auschwitz - scheduled for next week in Jerusalem.

A reason has been offered - "technical issues"; with reports suggesting that the Polish government rejects the idea that their head of state will need to attend a speech made by Russian President Vladimir Putin without having the chance to respond to his statements.

But Tzvi Ravner, Israel's former ambassador to Poland and former deputy Director General of the country's Ministry of Foreign Affairs, believes it is only natural for Putin to give a speech.

"The event hasn't been organised by the Israeli government but rather by the European Jewish Congress. It was them who decided that only the representatives of the victorious allies should be giving speeches. Others could attend but not speak."

Relations Have Never Been Easy

Relations between Russia and Poland have remained tense since the collapse of Polish communist rule, some 30 years ago.

Over the years, ties soured following Poland's decision to join the European Union and the North Atlantic Treaty Organisation, as well as amid the country's harsh criticism of Moscow's alleged involvement in the war in eastern Ukraine.

A series of spats over the events leading to World War II have also contributed to the already-existing tensions.

Only recently, Malgorzata Kidawa-Blonska, the deputy marshal of the Sejm (Poland's lower house) tweeted that she intended to introduce a new bill that would "stop Russian attempts to change history and slander Poland," referring to the earlier comments of Putin, where he blamed Warsaw for contributing to the instability that led to World War II.

​According to the Poles, the Soviet Union was equally responsible for the war, as it signed the notorious Ribbentrop-Molotov pact that not only divided eastern central Europe into German and Soviet spheres of influence, but also gave Adolf Hitler a free hand to attack Poland without fearing Soviet intervention on Poland's behalf.

The pact brought devastation to the areas that have been carved up, led to the execution and deportation of thousands, and paved the way for the Soviet domination of Eastern Europe after the war's end in 1945.

"The Poles were indeed the first victims of the war and they suffered greatly as a result of it," said Ravner, "but the Soviets didn't have any other choice but to sign an agreement with the Germans," he added.

The Soviet leader Joseph Stalin, who knew that the Nazi Germany would not uphold its pledge of non-aggression and who believed that the West was only interested in placating Hitler, viewed the pact as a means to safeguard his country's national security and to buy time for him to build his army.

Although Ravner says each side is right in its own way, some facts cannot be denied. One such fact is the victory of the Red Army.

"The victory belongs to the Soviets more than anyone else. It is them who carried most of the war's burden and it was them who liberated Auschwitz that killed nearly a million Jews."

Ravner says it is unfortunate that such factual information is forgotten. Although he doesn't believe the Poles are trying to rewrite history, he does think they tend to look at it in a different angle, trying to emphasise the positive and sweep the negative under the rug.

Ordinary Poles did much to save Jews during the war. According to Yad Vashem, Israel's largest Holocaust memorial, nearly 7,000 Poles risked their own security and even lives hiding Jews from the persecution. Although many other countries can boast that their citizens did the same, the number of the so-called righteous among the nations is significantly lower there compared to Poland.

But there were other Poles too. When German authorities implemented killing on an industrial scale, they drew upon Polish police forces for logistical support. Their job was to guard the ghettos where thousand of Jews were kept before being sent to the death camps. Apart from that, Poland also established the so-called Blue Police that enforced German anti-Jewish policies such as curfews and restrictions on the use of public transport. Individual Poles also helped in the identification, denunciation and exposure of Jews in hiding. As a result of German and Polish actions, only 50 thousand out of the more than 3 million Jews who lived in Poland before the war survived the Holocaust.

"Poles should not try to hide these facts. Rather, they need to be much more open and straightforward about those ugly episodes of their history that are also factual," said Ravner.

Israel's Caught Up in the Middle

As for Israel, the former diplomat believe it is tough for the Jewish state to be caught in the middle. "That's not what Israel wanted. I personally would like to have seen the two leaders [Putin and Duda] attend the ceremony in Jerusalem. Israel doesn't like to be the battle ground of this debate, especially because we enjoy good relations with both countries."

Although relations between Israel and Russia have soured lately over the downing of the Russian military plane in Syria in 2018 and the recent saga involving an Israeli woman jailed in Moscow for smuggling drugs, the Jewish state has always appreciated the role of the Soviet Army in WWII.

In 2018 Prime Minister Benjamin Netanyahu attended the parade dedicated to the 73rd anniversary of the Soviet victory over the Nazis in Moscow, after receiving an official invitation from President Putin.

The ties with Poland, however, are more complicated. Two years ago, Poland's Senate passed a controversial bill that outlawed blaming Poland for any crimes committed during the Holocaust and imposed a fine of up to three years in prison to those who dare to breach the law.

Four months later and after confronting criticism from Israel, the US and Europe, Warsaw backtracked, removing the criminal penalty of imprisonment but still allowing courts to impose fines.

"There is a tendency among some circles in Poland to see history in a different way. Israel doesn't always agree with this [policy] but I understand where they are coming from - Poles feel they were the victims of the war," concluded Ravner, suggesting that the world too should accept it.