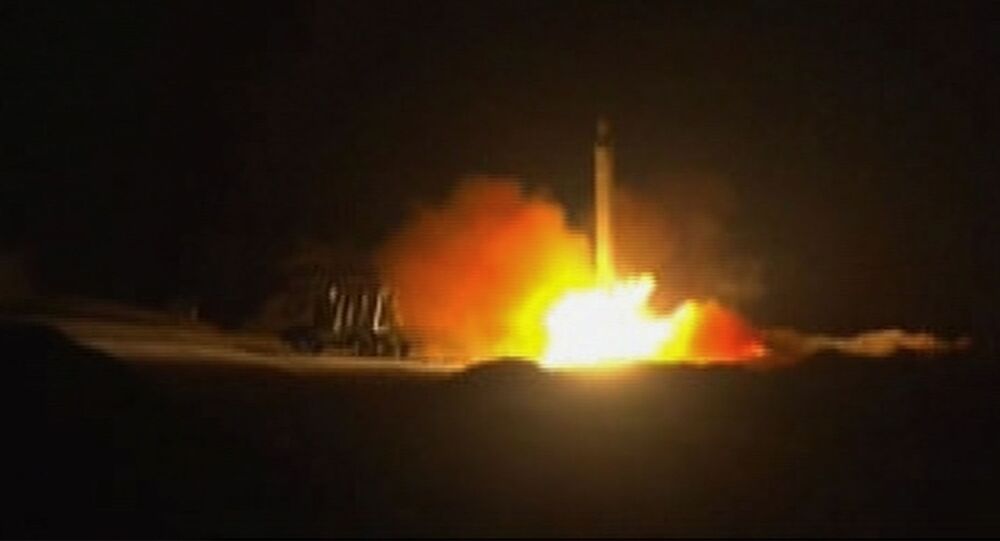 Did the White House have any information about the time that Iran would launch a missile attack on US military facilities in Erbil and the Ayn al-Asad Air Base in Iraq, where US troops are housed, in response to the assassination by Washington of Iran's elite Quds Force commander Qasem Soleimani?

Arab media outlets are actively discussing a theory that the time of Iran’s missile strike on the US military bases in Iraq was agreed on with Washington in advance, and that that is why the American military managed to take cover in time. They argue that Iran had no other option but to respond to the murder of Qasem Soleimani, which would reduce the degree of public anger.

In an interview with Sputnik, Iraqi politician Abdel Qader al-Jamili said that Iran’s airstrike on American bases in Iraq was not unexpected:

“It is clear that the missile strike was calculated by both sides. The main objective is to preserve the face of the Iranian government. Everything became clear after the exchange of letters between the United States and Iran through the Swiss diplomat acting as the First Secretary of the US Interests in Iran”, he said.

“The strike was launched at a predetermined area with no major casualties sustained. This version is confirmed by the reaction of the American side, which was extremely calm”, Abdel Qader al-Jamili concluded.

On 7 January, Iran attacked US military forces at the Ayn Al-Asad Air Base and a facility in Erbil in Iraq with ballistic missiles in retaliation for the assassination of the commander of the country’s elite Quds Force, Qasem Soleimani, in a US drone strike on 3 January. Iranian Foreign Minister Mohammad Javad Zarif said the attacks were a self-defence measure and in line with the UN Charter. No casualties were confirmed in the attack.

© AFP 2021 / STR
Top IRGC General: Strikes on US Forces in Iraq Just Beginning of Full-Scale Op Across Region
Following the US-Iran “exchange of pleasantries” on the territory of Iraq, local demonstrators took to the street to express their anger over their country's transformation into a US-Iran duel scene and demanded an immediate end to violations of their sovereignty by international players.

In response to the escalation of the US-Iran standoff, protesters gathered in a central square of Baghdad shouting slogans: “We are not your battlefield. Fight and settle scores somewhere else!”

Meanwhile, a new wave of protests with large crowds of millions of people involved is expected to take place on 10 January. Protestors are going to demand the dissolution of the Iraqi parliament and that the foreign presence in the country be brought to an end.