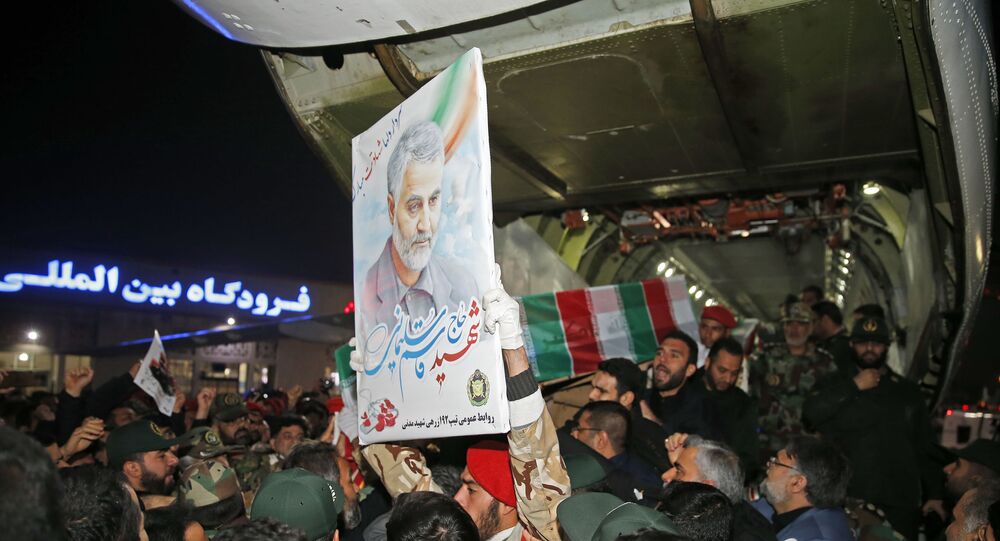 Iran's Islamic Revolutionary Guard (IRGC) fired dozens of missiles at US military targets in Iraq on Wednesday in retaliation for the assassination of top Iranian general, commander of the elite Quds Force, Qasem Soleimani last week by the US. Washington is still assessing the damage and Donald Trump has promised to deliver a speech later today.

Dr Joseph Fitsanakis, an associate professor of Politics in Intelligence and National Security Studies at Coastal Carolina University, has offered his perspective on the ongoing tensions between the United States and Iran that flared up last week after senior Iranian general, Qasem Soleimani, was murdered in a US drone strike at the Baghdad International Airport.

Sputnik: Iran launched more than a dozen ballistic missiles at US targets in Iraq as retaliation for General Soleimani’s killing. How do you assess this response?

According to reports, 15 ballistic missiles were fired, 10 of which struck two military bases housing US troops in western and northern Iraq. The number of missiles fired is surprisingly low, given that Iran possesses the largest ballistic missile force in the entire Middle East. Additionally, it is interesting that Tehran directed its attacks against the most obvious and predictable American target in the region — namely uniformed US personnel.

These troops have been on high alert since the moment Qasem Soleimani was assassinated. The fact remains that, if Iran’s leaders really wanted to cross the point of no return, they could have attacked American diplomatic facilities in over a dozen countries in the region, including Iraq, Israel, Jordan, and many others.

Alternatively, they could have directed their ire against targets in Saudi Arabia, of which there are countless. But they didn’t — which should be interpreted that the IRGC is not, for now, interested in going to war.

Sputnik: What do you think about the timing of the retaliation, why are we seeing this happening today?

The attack appears to have been largely symbolic — a somewhat rushed attempt to restore some of Iran’s wounded prestige following the assassination of Qasem Soleimani. At the same time, however, it is also the prelude to a broader regional conflict that appears increasingly unavoidable. More attacks will undoubtedly follow.

The Iranians are known to make strategic use of patience, which means that the White House should not expect an immediate retaliation of any magnitude. Future attacks will come over several weeks, months, or even years.

Sputnik: What steps do you expect from both Iran and US given that there are no confirmed American casualties yet?

The most likely scenario is that Iran and the US will continue to confront each other with violent tit-for-tat actions in Iraq, while making sure not to cross the line that would lead to an all-out regional war.

However, the brazen assassination of Qasem Soleimani, a media celebrity and the most popular public figure in Iran, has changed the rules of the game. It is now difficult to see how the hostile forces that have been unleashed in Iraq, Iran, and the United States, can be restrained again.

Sputnik: How do you expect this crisis to impact the election process, could this escalation of tensions be a boost for Trump, or could it potentially undermine his chances of being re-elected in 2020?

The implications of the decision to kill Qasem Soleimani are impossible to overstate. By assassinating the Iranian general, Mr Trump has made the most fateful decision of his presidency to date. Tehran has no option but to continue to respond.

As it does, the way that Mr Trump and his administration handle the situation will largely determine the fate of his presidency. In the coming weeks, the president’s electoral base will undoubtedly rally around him. They will abandon him, however, if an all-out war breaks out and he fails to deliver a swift and decisive victory.