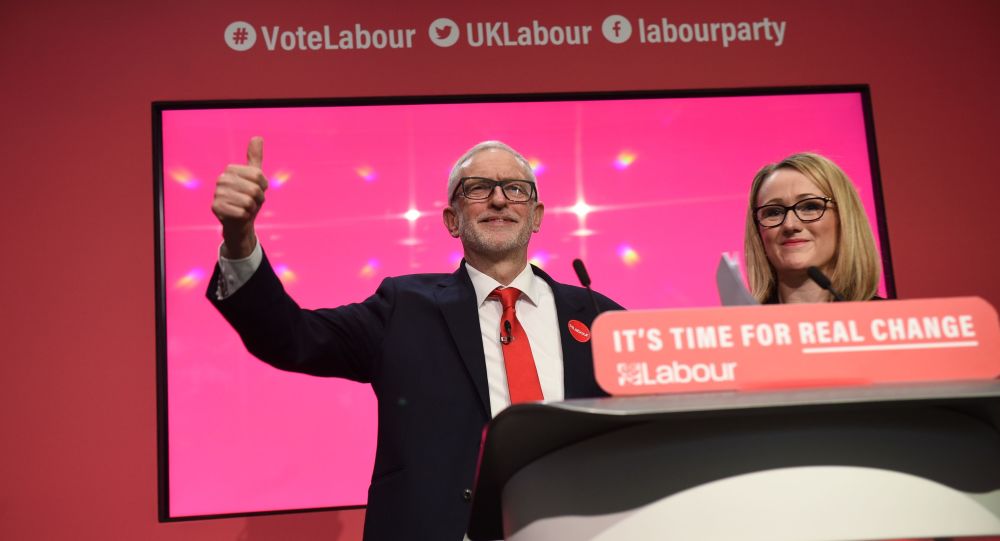 As of 7 January, six candidates have joined the race to succeed Jeremy Corbyn as the leader of the UK Labour Party. The new leader is due to be announced on 4 April.

Henry Bolton, the leader of the Our Nation Party, shares his forecast for the Labour Party leadership contest.

SPUTNIK: Rebecca Long-Bailey has thrown her hat into the ring as it were, what do you think her chances are in the leadership contest?

Bolton: She's in a good position. That's not to say that I agree with her politics, of course. But if we're looking purely at the contenders for the Labour leadership, I think really it's ultimately between her Keir Starmer. Starmer is obviously ahead in the polling in terms of the Labour Party membership. But that said, Rebecca Long-Bailey has got the support of the unions, and indeed, has got core support amongst the more militant activists within the Labour Party, so I think she stands a very good chance.

SPUTNIK: Do you think she may be too attached to the Corbynism brand that has become toxic following the General Elections?

Bolton: The answer is partly yes, and partly no. What you've got in the Labour Party at the moment is total chaos. There's no agreement whatsoever. across the whole party as to what the problems in the party are. Whether it's antisemitism, whether it's the stance the policy adopted on Brexit, whether it was about their economic policies and so on. So it's still haven't figured out what that is. And of course, there are different people in the party with different views. But there is still a very hardcore socialist element to the party. Not old school socialism, not the patriotic socialism of the 50s and before but a new form of liberal socialism, that is all about whatever the individual thinks or believes should be should dominate and there's a very strange dynamic in that, but she has a core support from there and that's the sort of the Momentum and Antifa group of people.

They're powerful. They've got a lot of influence. And they can leverage influence. They supported Corbyn and they're supporting Rebecca Long-Bailey. So I think she's able to mobilize a good network or a powerful network an influential networks that will help her campaign. Of course, if she wins, the people who are anti Carbyn, who did not support Corbin and don't like the way that the party was led under him will have a problem with her leadership. That will obviously cause other differences and splits within the party that she would have to manage if she won.

SPUTNIK: How do you think any of these potential leaders would be able to stand up against the newly reinvigorated conservatives led by Boris Johnson?

Bolton: Well, I think is a really important implication in your question there. None of them has got what I would call obvious strategic political acumen. None of them has at the moment with what's happening with the killing of Sulemani in Baghdad. None of them has got any experience in international affairs. There is not a single statesman amongst them. I don't see any leadership amongst them. Frankly, I see a big mouth. I see single-issue campaigning. Even Rebecca Long-Bailey, it's about continuing the Corbin approach. But also she's hit on the climate change thing. Rather, like the Liberal Democrats thought that they could mobilize the 48% of the British population or the voting population who voted against Brexit. And they thought that they could exploit that by saying we will block or reverse Brexit.

Rebecca Long-Bailey is sort of going down that path with climate change. She's trying to grab that climate change vote. This doesn't work. It's not strategic political leadership, and none of them has it. So to answer your question, how are they going to stand up against a reinvigorated Conservative Party under the leadership Boris Johnson, I think very badly. I think there is nobody in the Labour Party leadership field at the moment and won't be who can actually ensure that the Labour Party becomes a strategic political asset in British politics again for at least another 10 years.