Traditionally considered a staunch ally of Israel, the tiny Druze community that makes less than two percent of the country's population, now seems to be re-routing, going from backing the hawkish Likud to more left-wing parties.

Friendly gatherings take place in the house of Salim Firro, a 77-year-old Druze from the village of Sajour in Israel's north, quite often, but they have become more frequent following the decision to call for a snap elections in early March.

In the past, says Salim, the group - comprised of ten people - was quite united: most of them were voting for Likud under the leadership of Prime Minister Benjamin Netanyahu or other right-wing parties.

However, now the members of the ethno-religious group are disappointed and want change:

Now, however the situation has changed. "Netanyahu has been in power for more than  a decade. What has he done? He wants to turn this country into a state for the Jewish people only, passing laws that discriminate against minorities," said Jaber Asakla, a parliamentarian from the Joint Arab List party, who attended the gathering.

Not many relate to Asakla's views. In September 2019 elections, more than 84 percent of Druze - who make only 1.6 percent of the country's total population - voted in favour of Jewish parties. However, over 50 percent of them cast their ballots in support of the Blue and White list, a liberal centrist coalition headed by former chief of staff Benny Gantz.

Less than 20 percent of Druze voted for the Joint Arab List, considered a party that not only slams the current government's policies but also very often objects to the very existence of the state of Israel. 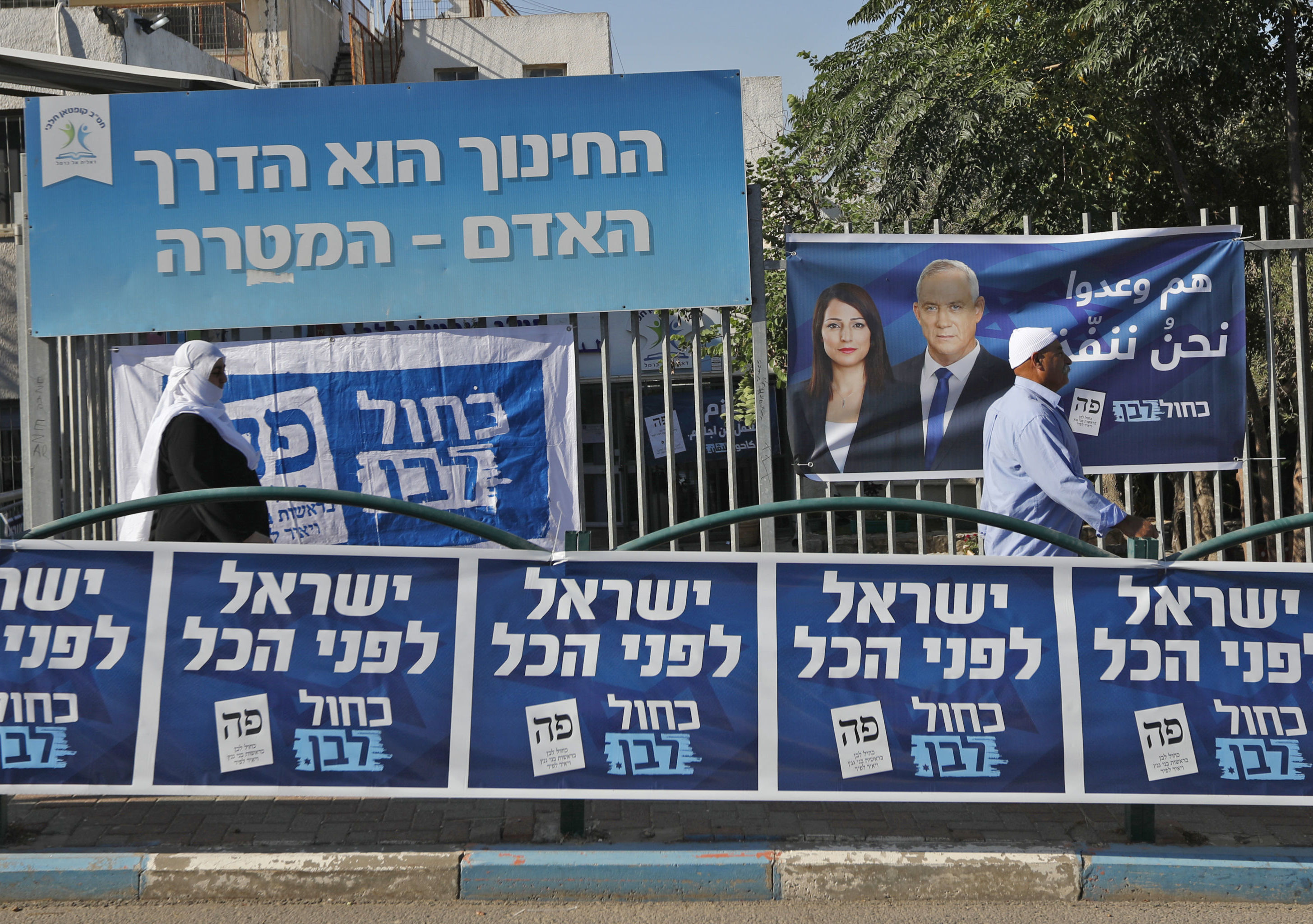 © AFP 2019 / JALAA MAREY
Members of the Israeli Druze community arrive to cast their votes during Israel's parliamentary elections on September 17, 2019, in Daliyat al-karmel in northern Israel.

For most Druze, this is a red line. After Israel's 1948 war of independence, the Palestinian Druze became part of the Jewish state. Unlike their coreligionists in Syria and Lebanon, they were overwhelmingly rural and thus were little exposed to the Arab nationalism that swayed many Druze intellectuals in the neighbouring states.

In order to turn them into Israel's allies, the newly-established state set up an inter-ministerial committee whose sole role was to integrate them into the Israeli society and separate them from their Arab neighbours.

As part of this policy, in 1948 it was decided that the Druze were able to volunteer in Israel's army; since 1956, military service has become obligatory for them, unlike for Arab minorities, who don't even have the right to enlist in the IDF.

"Everywhere else in the world Druze are Arabs, only here we are different," said Asakla, adding that it has been a part of Israel's divide-and-rule policy that's still applicable today.

"The Druze got disillusioned by this approach. They realised that Netanyahu doesn't want peace with anyone, neither with the Palestinians, nor with his own people, whom he continues to divide into right and left-wing blocks."

Sticking to the Right

But not everyone agreed. Nidal Ibrahim, a Druze activist from the Likud party, says that the Netanyahu government has done a lot for the country's Arab and Druze communities.

In 2015, for example, the premier approved a budget of $4 billion that aimed at developing the Arab sector and narrowing the financial gaps between Jewish and Arab populations.

Netanyahu, says Nidal, has also played a pivotal role in improving Israel's image in the world and in establishing ties with countries that had previously been hostile to Israel, including Saudi Arabia.

"Netanyahu is right when he makes friends with Riyadh and when he slams the activity of Iran in the region. The Islamic Republic poses an existential threat to Israel and it has to be curbed because if it's not, the first who will pay the price, will be us, the Druze," said Nidal, referring to the persecution of minorities in the Middle East.

Yet, despite these achievements, support for Likud among the Druze dwindled with time. In 1996, the community's support for Netanyahu reached its peak when 22 thousand Druze (out of the 80 thousand that have the right to vote) cast their ballots in favour of the premier's party. In April 2019 the votes for Likud only stood at some 14 thousand people.

Nidal doesn't pin the blame on the controversial nation-state law passed in July 2018 that recognised Israel as the homeland of the Jewish people but neglected to mention the country's minorities. Rather, just like Netanyahu himself, who is now involved in a series of graft probes, he blames the media for the bias against the prime minister.

"Netanyahu is the most persecuted prime minister of all times. The media, together with some left-wing circles are after him. They all plot to topple him."

Another Likud supporter, Nuhad Ibrahim, backed Nidal's claims, adding that due to the fact that "the left cannot move the prime minister via democratic means [i.e. election victories] it uses gimmicks and ruses to remove him from power."

If they succeed in doing so, claims Nuhad, Israel's security will be dealt a severe blow. "We are living in a very problematic area called the Middle East. I know Gantz personally but he lacks the experience and the political wit to rule Israel surrounded by enemies."

In the south, the country is facing the threat of Hamas, that has been challenging the country's security since the early 2000s. In the north, the Jewish state is more concerned about Hezbollah, the Shiite militia allied with Iran. In addition, the country is also dealing with an acute problem of military attacks committed by Palestinians, who are angered by Israel's ongoing expansion in the West Bank.

Like many other Likud supporters, Nuhad believes that the only way to handle the threats is through the use of Israel's military might and cracking down on militants.

But Salim Firro, who was five when the state of Israel was established and who has lived through all of the Jewish state's governments, dismissed those claims, saying Tel Aviv should not get involved in bloody conflicts.

"Israel should not attempt to solve the Israeli-Palestinian conflict. It is beyond us. We should let the US handle the situation."

Firro's major concern lies not in the country's security but rather in the moral decay of Israel.

"In the past, the Jewish state had leaders with dignity. Those days are gone. All we have now is corruption. I have nothing against Netanyahu but he needs to be replaced and I don't buy claims that a nation that has nine million souls in Israel alone cannot produce a suitable replacement."