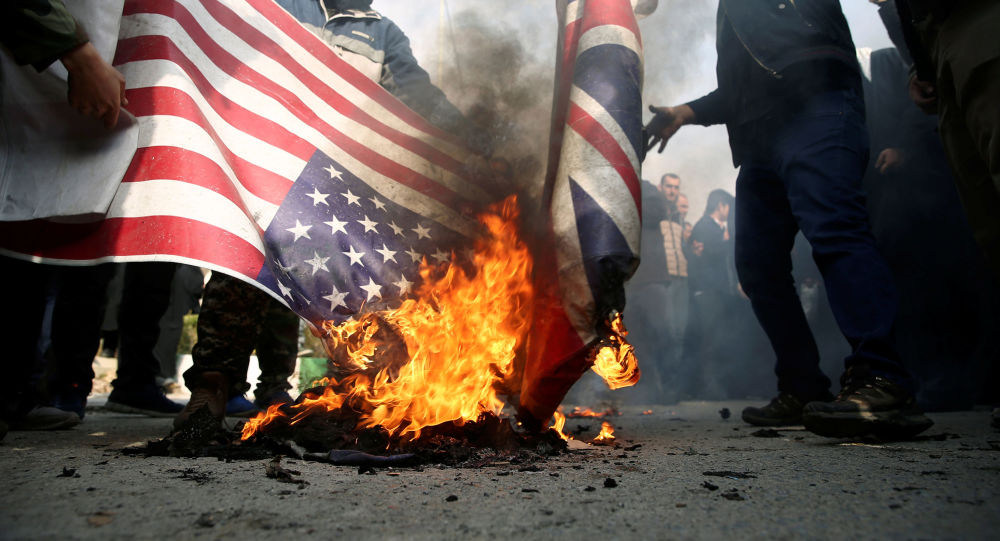 Earlier, German Foreign Minister Heiko Maas said that Berlin plans to take action to prevent further escalation in the Middle East in the wake of the killing of an Iranian military commander by the United States, including through dialogue with Tehran.

Sputnik: US allies in the Middle East didn’t support the recent US act of hostility towards Iran. Nevertheless, there have been reports that US will send some 3,000 troops to the Middle East. How can US allies stay out of this in this case? What will be their response?

Dr. Bamo Nouri: I think it's really, really difficult to stay neutral on this stance, because Iran is such a powerful regional power and its influence in many of the neighbouring countries economically, militarily, etc. is quite big. And a lot of the neighbouring countries, a lot of the allies in the region, have also done business with Iran. It’s going to be difficult to stay neutral about the issue at the moment - when the US allies haven't been informed of this particular move by Trump. That’s what makes it problematic, because it seems like it's not a united issue, it's a United States issue. Whenever you have a US issue, it brings remnants of the Iraq war and that kind of unilateral power defusion by the US. So it looks like a worrying time because nobody really knows what's going on or what direction things will take. It seems now the ball is in Iran's court in terms of the direction it goes.
Sputnik: We have seen harsh statements from the Iranian authorities following the killing of General Soleimani. What response to the US move can we see from Iran, in your view?

Dr. Bamo Nouri: It's a very, very tricky situation because if Iran responds in the region, it will most likely be through an attack on the US bases in that region. Trump has issued a warning to advise all expats working in the region to come back -  even from as far away as Dubai and Saudi Arabia, there are worries that it could escalate there. I think if they attack, it'll be an attack in that region. But more importantly, the Iraqi leadership has lost one of their leaders. But it's difficult to predict at this stage because not many allies have come out to talk about it yet. And a lot of countries are negotiating to see what steps they're going to take. Once you pick that stance from the president of the US, you have to stick by it, you can't turn around.

Sputnik: How does this impact overall tensions in the region? Will we see a further escalation?

Dr. Bamo Nouri: I would definitely highlight that the US elections in November have an influence over this, because Trump is similar to Obama that he's achieved something great and he's made the world a safer, more secure place. And in that regard, I think because that's his motivation, that's kind of shows his stance. I think Iran in this particular moment - they most likely will respond and if Iran does respond - all proxy states will get involved as well. I personally see as a role that will take place in Iraq because all of Iraq's security is through the PMO and Kurdish region. So if anything does happen, US will be attacking within Iraq, not within Iran, because Iran have positioned themselves very, very carefully, strategically over different nations in that region that they allied to. This event was an opportune moment for Trump to get a foreign policy win tactically before the November elections. Additionally, you have to acknowledge what the Iraqi populace are demanding and have been demanding for a while and more importantly why.

The politicisation and domination of Iraq by Suleimani has marginalised the youth as Iraq has become redundant in serving their needs which range from employment to basic services. For the last three years, Iraqis have spent more time on the internet than on doing anything else - the soft power of US values has really appealed to them in terms of individual rights, freedom, liberty etc. The demands of Iraqis in calling for an end to corruption and nepotism are now indirectly calling for the classic Americanisms. This has been capitalised on by Trump because Iraqis now want to be free and liberated more than during any other period since the 2003 war. This does not mean they want the US to play a part - but the  US has seen this flame and wants to fire it for a long term presence and emergence in Iraq. You could possibly call it another occupation attempt because inevitably if Iran responds then a US occupation and possible war will take place starting in Iraq given the Iranian forces who under Suleiman served Iraq’s national security interests are based there.