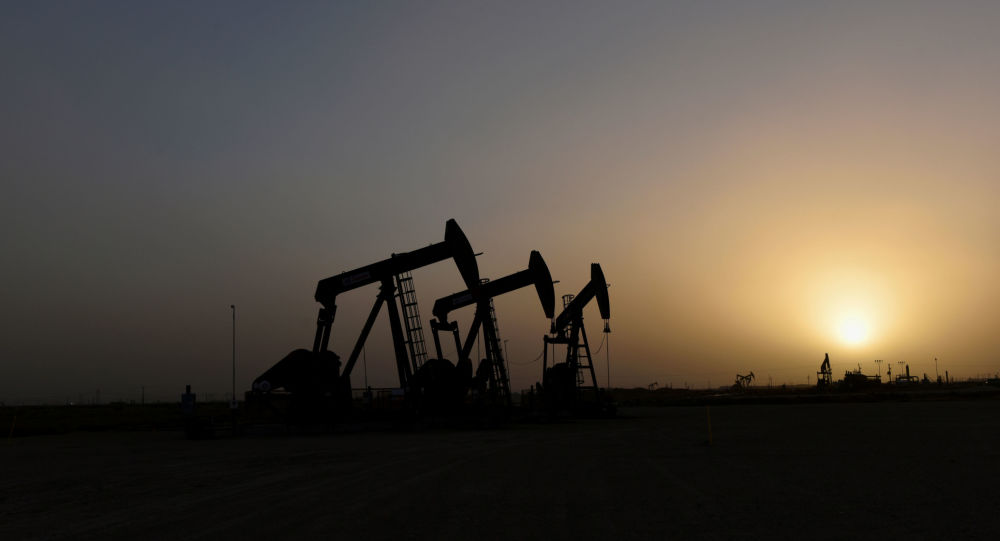 Dr. Mamdouh G. Salameh, an international oil economist and visiting professor of energy economics at ESCP Europe Business School in London, shares his view on the possible corollary of the Soleimani killing from a regional economic perspective, while outlining probable future actions for Tehran.

“Oil prices jumped more than 3 percent after US forces in Iraq assassinated Iran’s most powerful and visible military leader, Qassem Soleimani, and also the influential Iraqi militia commander and advisor to Soleimani, Abu Mahdi al-Muhandis. The attack was not only a serious escalation of tension between the United States and Iran but also a violation of Iraq’s", Salameh says.

The pundit does not rule out a further spike in oil prices but points to the current excessive oil supplies on the global market that could slow a further rate rise.

"Oil prices could rise further depending on Iran’s response. The Supreme Leader Ayatollah Ali Khamenei vowed “harsh revenge” for today’s US strikes. However, the global oil market is well supplied with oil, particularly as a result of a huge glut in the market which has been augmented to an estimated 4.0-5.0 million barrels a day (mbd) by two years of the trade war between the US and China", Salameh suggests.

The scholar also suggests that if Tehran chooses the military option as a retaliation and blockades the Strait of Hormuz, oil rates would skyrocket.

"If Iran’s retaliation really hurts the United States, then there is a real possibility that the conflict could get out of hand and escalate into an armed conflict. In such a situation, prices could rocket, particularly with Iran threatening to block the Strait of Hormuz. Iran’s retaliation will most probably be measured and aimed to hurt the United States, but not to lead to war between them. Iran could take one of these measures", the economist forecast.

Salameh also outlines possible scenarios that Iran could activate in the Middle East as part of its promised formidable retaliation measures. The pundit highlights certain vulnerabilities of the American positions in the region that Tehran could exploit. All of the outcomes could lead to a serious increase in the price of crude.

"First, it will exert maximum pressure on the Iraqi government to demand the full withdrawal of all US forces from Iraq. This is something the assassinated General Soleimani had been working on. Second, it could order its militia in Iraq to ransack the American embassy in Baghdad and take some American diplomats hostage. Third, it could also order its militia in Iraq to attack American forces and kill or take some hostages. Fourth, alternatively, Iranian militia in Syria could attack American forces occupying Syria’s oilfields in the Deir Ezzor region of Syria, and try to kill or take some American troops hostages. Fifth, Iran could order its allies in Yemen, the Houthis, to attack and inflict serious damage on some sensitive Saudi oil installations so as to cripple Saudi oil exports", Salameh forecast. 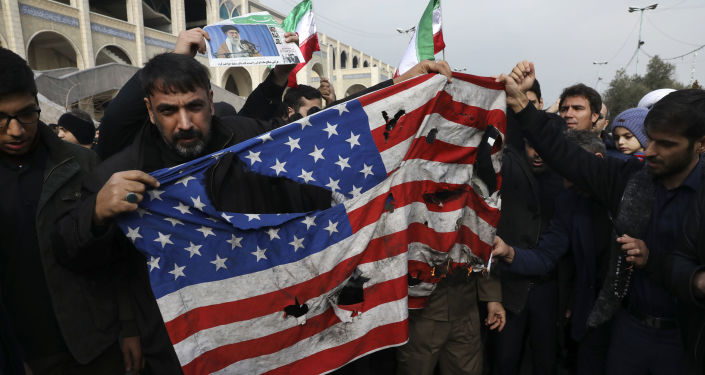 © AP Photo / Vahid Salemi
US Has ‘Started Military War’ Against Iran by Assassinating Soleimani - Iranian Envoy to UN
The professor assumes that despite possible retaliatory measures against Washington and a potential threat of full war, existing oil prices will remain stable at current levels in the long-term because of the existing surplus on the global market.

"If oil supplies are undermined, OPEC+ could relax its production cuts and resume production as before, with Russia also raising its production significantly. Still, short of a war between the two countries, oil prices will return to around $66-$67 a barrel after the Iranian retaliation, particularly because of the existing glut”, the pundit notes.