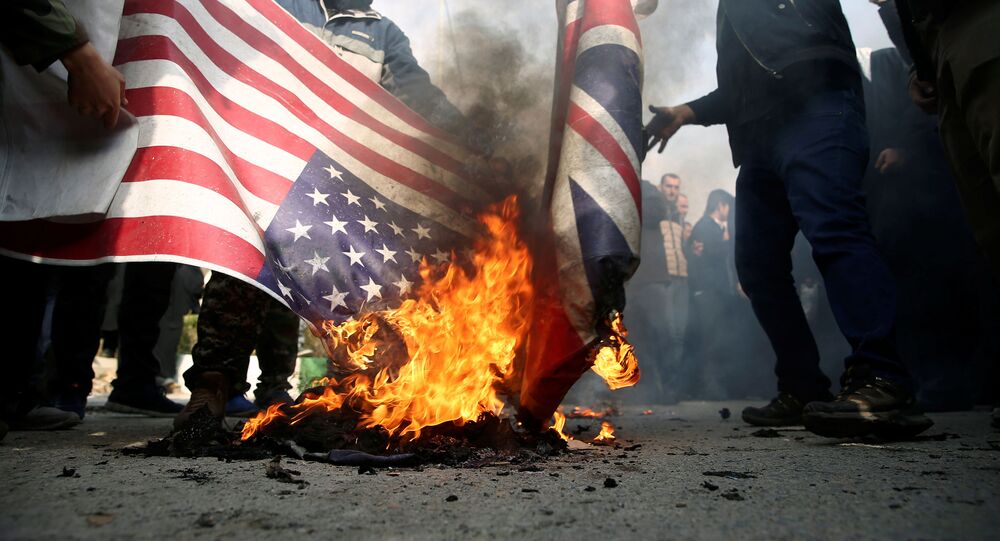 US President Donald Trump argued Friday that the killing of Qasem Soleimani, head of Iran's Islamic Revolutionary Guard Corps' Quds Force, was to “stop a war” from breaking out. However, the governments of both Iraq and Iran regard the act as the opposite, and one analyst tells Sputnik that the US has actually united the Middle Eastern countries.

Mohammad Marandi, an expert on American studies and postcolonial literature who teaches at the University of Tehran, joined Radio Sputnik’s Loud and Clear on Friday to discuss the motivation behind the US’ attacks in the Middle East and express his thoughts on what’s to come.

Marandi explained to hosts Brian Becker and John Kiriakou that it’s not only the Iranian government who considers the killing of Soleimani to be an act of war, but Baghdad as well.

“The Iraqis consider this to be an act of war because the United States also murdered Abu Mahdi al-Muhandis, the deputy head of the … Popular Mobilization Forces that spearheaded the fight against [Daesh] in Iraq,” he said, adding that al-Muhandis and Soleimani “were the ones who saved Iraq from [Daesh].”

“The United States has been acting with impunity in Iraq from day one of occupation,” Marandi asserted.

However, the US’ recent strikes against Iraqi Popular Mobilization Forces that resulted in the deaths of at least 25 fighters and injured dozens, were particularly sinister, the academic noted.

He highlighted that not only did the strikes take place on the frontlines of the battle against the Daesh on the Iraqi-Syrian border, but the area targeted was hundreds of kilometers away from the nearest US base in the region.

“They did that … to weaken the fight against [Daesh] because the Americans would like to see [Daesh] regain the border between Iraq and Syria, so that Syria would not be able to trade with Iraq,” Marandi argued.

“The Americans ignore the sovereignty of Iraq; they ignore [Prime Minister Adel Abdul-Mahdi]; they ignore the will of the Iraqi people; they murder the heroes of the war against [Daesh]; and they wonder why they are so widely despised across the region.”

He went on to say that Washington has gotten to a point where they believe their own propaganda and continue to perpetuate the idea that there is nothing but hatred between Iranians and Iraqis.

“The Western media does not show the huge crowds in Iraqi cities that are protesting against this US act of aggression,” Marandi said, speaking of the strike which killed Soleimani and al-Muhandis.

“The Western media propagates a narrative, then they believe their own narrative, and then they make calculations based on that false narrative,” Marandi noted, saying the US is confronted with repeated setbacks “because their calculations are based on illusions.”

In keeping with this trend of Washington damaging its own goals, “the murder of General Soleimani … served to unite the Iranian population against the United States,” according to Marandi. “And the murder of [Soleimani and al-Muhandis] served to turn the bulk of the Iraqi population against the United States, and it outraged those 400,000 armed forces that led the fight against [Daesh] in Iraq.”

Photos: Devastation Inside Torched US Embassy in Baghdad Revealed