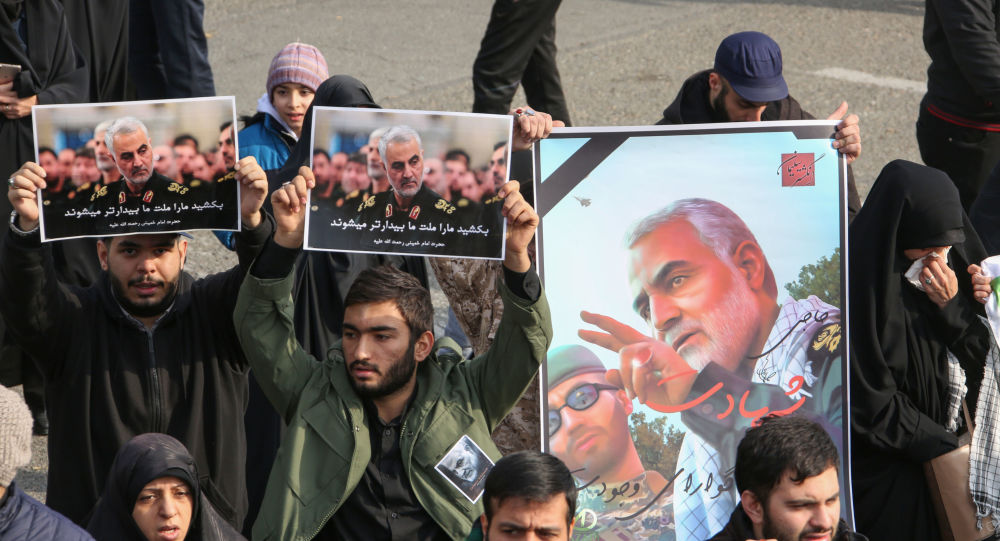 Iran's most powerful military commander, General Qasem Soleimani, has been killed by a US drone strike in Iraq. The General was respected by many in the Middle East for his actions against Isis. He was assassinated at Baghdad airport early on Friday in a strike ordered by US President Donald Trump.

This development marks a major escalation in tensions between the United States and Iran as global figures from around the world have condemned the actions of President Trump.

Nicolai Due-Gundersen, Middle East Cultural and Political Analyst has commented on the US Airstrike that killed the Iranian General.

Sputnik: First of all, can you tell me who General Qasem Soleimani is? Why is his death so important?

Nicolai Due-Gundersen: General Qasem is someone who was basically second in command of the Iran regime. So a very influential figures who directed Assad one Syria as well often he clashed with US interest. And I think it's very important to mention that this is an individual who was very respected not only in Iran but across the Middle East because he blocked ISIS* several times. He was known for leading battles against ISIS from the front line. So in other words, personally participating in attacks against ISIS or in combat in both Iraq and Syria.

Nicolai Due-Gundersen: Well, this is certainly a problem because right now we're going to see a lot of anti us sentiment sweeping across the region. I mean, as we speak, there are protests in Iran. And I also perceive that we're going to see more aggressive protests in Iraq and also other parts of the Middle East. One of the problems with this attack is it was very, very high profile.

© REUTERS / Marco Bello
Trump Claims Soleimani Was Hated and Feared in Iran, Should Have Been Taken Out Many Years Ago
So Trump gave the order, the attack was done and I believe shortly after the attack, he tweeted the US flag on his Twitter account. So obviously, it's meant to be a projection of power. Now, Javad Zarif of Iran has accused the US of international terrorism. And previous US Presidents have also considered the fallout from killing the General because he was so popular., such an influential figure within the regime, but also across the Middle East. So I think we will see increasing tension in the Gulf right now.

Sputnik: So the attacks came from US Defence Secretary Mark Esper and he is warned that 'the game has changed' and the US would consider preemptive strikes to avert any further attacks. Again, what message to this then going forward to the Middle East and the world at large about the destabilisation in the region?

Nicolai Due-Gundersen: Well, there's two sides to this coin. On the one hand, we're going to talk about Iranian and American attention, of course, we're now seeing military escalation which we perhaps had not seen in the same way. I do believe that Iran has now said this is a declaration of war. For the Middle East as a whole, we should remember that, not just with Trump, in general; the Middle East does not view the US as trustworthy.

And certainly this attack confirms that the idea that the US will take out anyone who they don't like, so it means that the US seems very, very aggressive and continuing it's interference within the Middle East. Certainly, that's how many Arabs will see it.

Sputnik: So Iran has vowed 'Severe Revenge' over the Qasem Soleimani's killing, what kind of response to you expect from this action?

Nicolai Due-Gundersen: Well firstly, they've appointed a successor, who has declared that the tactics that they've used in Iraq and Syria remain unchanged. So in other words, they're not going to be intimidated by this attack. But also foresee that what they're going to do is increase their own strikes against US interests in the region as well.

Sputnik: We're early on into the year 2020. This is the year of a US election. What kind of impact would a new conflict in the Middle East potentially have on the US election?

Nicolai Due-Gundersen: Well, that's another thing to remember it let's not forget, the Trump, as far as I'm aware, is going through a process of impeachment, which is a problem right now. So there's some have argued that this attack or this aggressive move comes at a time when he wants a distraction. 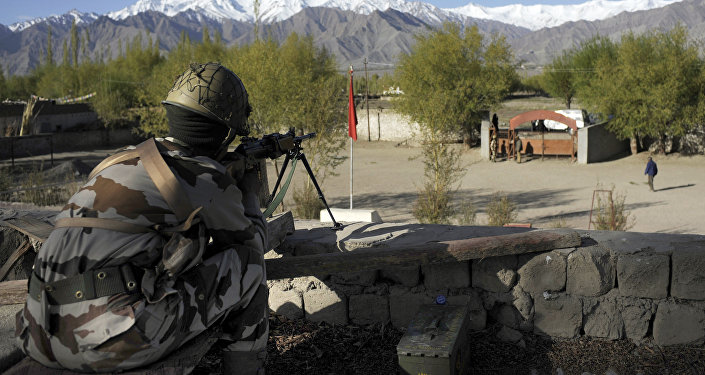 © AFP 2019 / Manpreet ROMANA
'Down with USA!' People in India’s Ladakh Protest Killing of Iranian Commander Soleimani - Video
At the same time, I have to say that one of the things he's done is he's actually provided the Iranian regime of instruction at a time when they've been dealing with socio-economic issues themselves within Iran thanks to the US sanctions. One of the things we see is now a lot of factions that were previously fragmented in Iran are now uniting under the regime against the US.