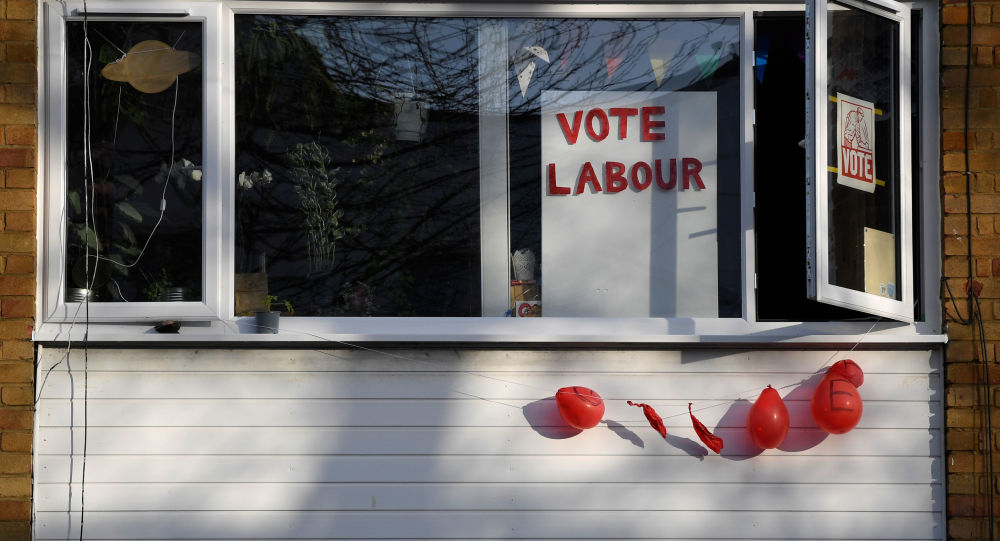 With Labour leader Jeremy Corbyn set to stand down in 2020 following a disastrous general election result, the race to replace him is heating up. The latest candidate who could potentially enter the race is Rebecca Long-Bailey, shadow secretary of state for business, energy and industrial strategy.

Bailey has outlined her beliefs to the media in recent days that Labour’s largest failing at the general election was its Brexit policy, but repeatedly backed the party’s plans for a grand re-nationalisation of key industries and vastly increased public spending.

But if she does end up formally entering the race to succeed Corbyn, how do her chances stack up against the likes of other leading candidates such as shadow Brexit secretary Sir Keir Starmer and MP for Wigan Lisa Nandy?

And would any of them be able to rebrand Labour, so that they could become electable once again?

Sputnik: Will the Labour Party be able to regain popularity with the British electorate once Jeremy Corbyn steps down as leader?

Donald MacKay: Rebecca Long-Bailey would certainly not be the best candidate to replace Corbyn, probably the best candidate that they’ve got would be Dan Jarvis if he’s standing, but I’m not sure if he is. I don’t know why Hilary Benn isn’t standing; I would have thought that he would have made a difference.

They need somebody of substance, who is a serious political figure and I think that they are a bit short on these people at the moment. From a Labour point of view Dan Jarvis, Hilary Benn or Sir Keir Starmer would be the best; I don’t think that any of the female candidates are remotely serious.

Sputnik: Do you think a Canada-style free trade agreement between the EU and UK could be negotiated?

Donald MacKay: I still frankly work on the basis that the best deal would be no deal, I know that’s not a popular thing to say; but I would prefer that we simply make our own arrangements on an independent basis with other trading blocs and other countries, UKIP has never hidden that, that’s our position, we think that the doom and gloom merchants are trying to suggest that it would be the end of the world and we clearly don’t think that it would be.

I wouldn’t be worrying too much and I think that the British government is in a very strong position to basically push forward whatever they wish, and a no-deal Brexit is fine as far as I’m concerned.

Donald MacKay: We’ve often said that Boris Johnson is a “late convert” to the anti-EU cause. Where was he when UKIP were arguing for many years that we needed to do this? He never said a word, at least that I’m aware of; so what he believes and what he doesn’t believe will no doubt be dictated by the necessities of the time.

I don’t see him as someone who fundamentally wants to leave the EU at all, but he’s kind of nailed his colours politically speaking to that mast, so he’ll do whatever is necessary, but I wouldn’t have thought that he’s got any strong views on it at all, I think he’ll be very pragmatic about the whole thing from his own point of view.