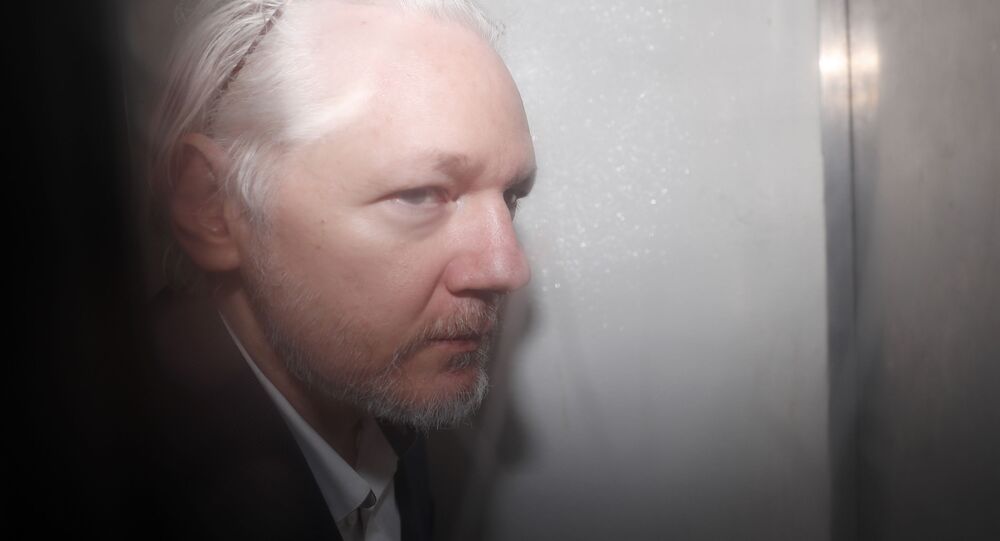 WikiLeaks co-founder Julian Assange is slated to appear in court for a US extradition hearing in February, but according to both associates of the journalist and Assange himself, solitary confinement, sedation and physical ailments, combined with past psychological trauma, may take their toll on him before his day in court.

Independent journalist Diani Baretto and Joe Lauria, the editor-in-chief of Consortium News, joined Radio Sputnik’s Loud and Clear on Friday to discuss the ways in which Assange’s rights are being violated and reveal the current efforts being made by those outside of the UK legal system to save the WikiLeaks co-founder’s life.

Baretto, an associate of Assange’s who has been documenting the irregularities in the journalist’s trial, told hosts Brian Becker and John Kiriakou that she and others legitimately fear that Assange, who has experienced a “rapid decline” in health since his imprisonment in Her Majesty's Prison Belmarsh, may not make it to trial.

Segment begins around the 2:20 mark.

“He has been increasing [in] health deterioration because of this isolation, which has only … augmented the symptoms of now-documented psychological torture that he’d been subjected to while already enclosured in the Ecuadorian Embassy in London,” she said.

Journalist Vaughn Smith, another associate of Assange, took to Twitter on December 26 and informed the public that the journalist told both him and his wife that he was “slowly dying in Belmarsh” amid “solitary confinement for 23 hours a day” and repeated sedation.

This was the last time that Julian had a family Christmas. He told my wife and I how he was slowly dying in Belmarsh where, though only on remand, he is kept in solitary confinement for 23 hours a day and is often sedated. His US extradition proceedings start in February...

Baretto argued that there is no way to argue Assange is being afforded a fair trial or due process in the UK, considering the human rights violations that have continued since his detention.

“We are concerned that he may not make it,” Baretto admitted, highlighting a recent release from more than 60 doctors from the UK, Australia, Europe and Sri Lanka to UK Home Secretary Priti Patel.

The open letter, issued in November, argued "an urgent expert medical assessment of both his physical and psychological state of health” was required and should be “administered in a properly equipped and expertly staffed university teaching hospital (tertiary care).” Being that Assange “could die in prison,” doctors deemed the medical situation “urgent” and stressed “there is no time to lose.”

The doctors, like Baretto, expressed that Assange must undergo a proper examination and treatment in order for the court to determine whether he is fit for trial.

“This is not a normal case,” Lauria asserted to the hosts. “If this were a normal case, the defense would put a motion to throw the case out because the prosecuting government got access to illegal surveillance of his conversations with his lawyer.”

Lauria pointed out that in addition to the November open letter from the dozens of doctors, there has also been pressure from organizations such as Reporters Without Borders, which recently cited humanitarian concerns as grounds for Assange to be released.

"Reporters Without Borders (RSF) is alarmed by reports that WikiLeaks founder Julian Assange’s health has deteriorated in detention, and calls for his immediate release on humanitarian grounds,” the group said in a Friday release. “RSF condemns the continued targeting of Assange for his journalistic-like activities, which sets a dangerous precedent."

Assange sought asylum in the Ecuadorian Embassy in London in 2012 after being brought up on charges in Sweden related to a sexual assault investigation, which Swedish officials later dropped earlier this year in November. Fearing extradition, the WikiLeaks co-founder remained in the embassy until his asylum was terminated by the Ecuadorian government, allowing British police to detain him in April. Though Assange was due for release from Belmarsh Prison in September, he has remained behind bars due to his “history of absconding,” according to District Judge Vanessa Baraitser.