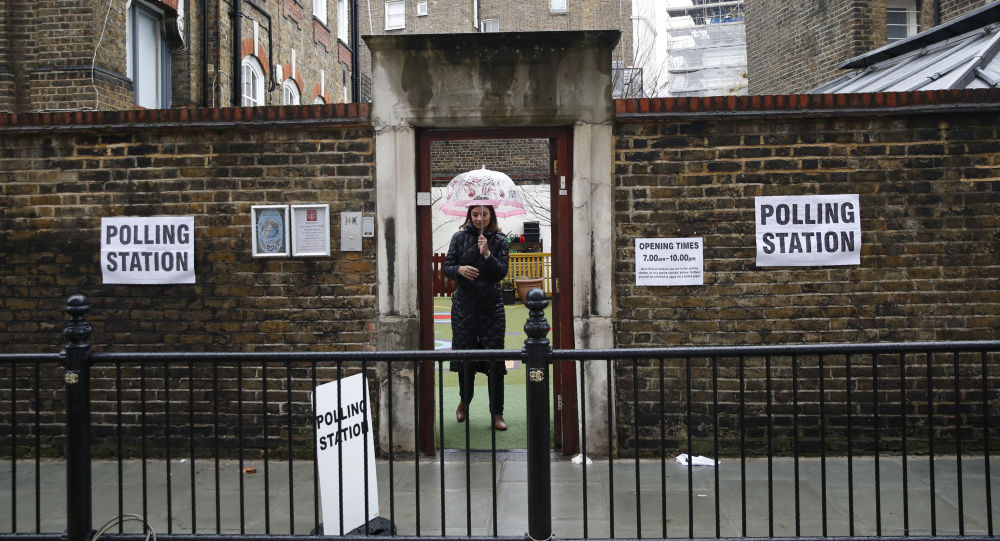 The leader of the Traditional Unionist Voice Party in Northern Ireland has criticised British Prime Minister Boris Johnson’s Brexit plans, arguing that they make a United Ireland more likely. But is this really the case?

Political commentator Keith Rowe reflects on the results of the general election in the UK and the upcoming negotiations with the EU.

Sputnik: Will Boris Johnson be able to negotiate a good trade deal with the EU?

Keith Rowe: I think Boris Johnson is doing the right things and doing what he said he was going to do so far. I personally think that there are some flaws in the plan itself that was originally published, but of course a lot of this does depend on the final negotiated deal that comes after this initial plan is signed.

It really just depends on whether Boris keeps on track, or allows himself to be softened by those in his party if he keeps going the way he’s going; there’s no reason why we shouldn’t get a very successful clean Brexit and of course it’s quite possible that if the EU doesn’t agree to any of the things that he puts forward, that perhaps we could still leave without a deal, which would give us a clean break and allow us to keep far more of our money and allow us to do what we want, in our own way.

Sputnik: Would Brexiteers sacrifice the union for the sake of severing ties with Brussels?

Keith Rowe: It’s a sweeping generalisation and I don’t know that I’ve got any real way of speaking on behalf of everybody, but from what I understand I would think that most people, generally speaking, would want the union [with the UK] to stay in place and as long as the people and citizens of Northern Ireland want to remain part of the union; then there is a feeling that that’s exactly what they should do.

In terms of Scotland, it’s really a bit unfathomable what SNP leader Nicola Sturgeon is trying to do in my view, and I’m sure that a lot of this will come out in cross-examination. She wants to leave the UK, gaining so-called independence, but then put Scotland under the realms of the EU, where they will be bound by all these extra laws, tied into the monetary union and who knows how the currency is going to work out, or how freedom of movement would work if there was a border between Scotland and England.

The figures behind Scottish independence just don’t work and Scotland for the moment, would find itself very seriously economically disadvantaged by pure independence, and it wants to join the EU which would really be out of the frying pan and into the fire, or it could stay as part of the UK, which to my mind is such a successful alliance, that I can’t understand really apart from just pure principle, why anybody would really want it, but there again I’m sat south of the border.

The other thing that I would say, is that I think a lot of people when they are discussing the independence issue in Scotland tend to overlook the fact that this also affects England, and effectively it would make England separate from Scotland as much as it would make Scotland separate from England, so perhaps the English should have a say in this as well, it’s not just a one-sided debate.

Does England want to lose Scotland and the benefits that Scotland does undoubtedly bring to the country, like fantastic tourist destinations, the nuclear bases and industry and the fisheries? Does England want to lose that as the United Kingdom? That applies to England and geographically less so to Wales and Northern Ireland, but still, they are affected by the economics of it, so maybe if there is going to be another say in it; maybe every constituent country that makes up the UK should have a say on it.

Sputnik: Can the Labour Party recover after their general election defeat?

Keith Rowe: I’m extremely relieved that Corbyn got such a thumping. His racist, anti-Semitic policies were a huge worry to many people and his economic policies were illiterate and would have bankrupted the country in no time at all, so I think everybody really should breathe a sigh of relief that he got trounced in the way that he did.

Do I think that it’s possible that the Labour Party could make a comeback? Anything is possible, but I think they are going to have to completely rethink where they align themselves and the type of leadership they want.

If they want to come back into the political mainstream; then they are going to have to really seriously rethink, and to my mind all of the candidates that I’ve seen that have put themselves forward so far would just not qualify for that, they are either not capable or are still over on the loony left.

However you look at them, there isn’t a leader there that I would say would take the Labour Party back to where it used to be, I’m not particularly sorry about that, but if people want the Labour Party to come back into the mainstream; it’s got to do some serious thinking and some serious realignment.