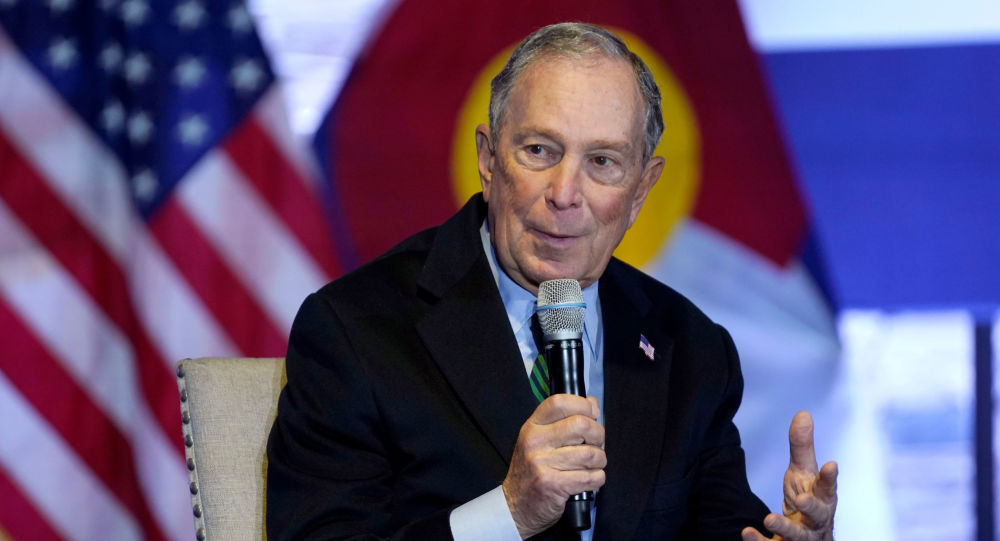 On 24 December, The Intercept broke news about the use of prison labour by former New York City Mayor and billionaire Democratic presidential candidate Mike Bloomberg to make campaign calls. Rory McShane, a Republican political strategist, explains how the controversial episode may affect Bloomberg's chances in the 2020 race.

According to The Intercept, through a third-party vendor, the Mike Bloomberg 2020 campaign hired New Jersey-based company Procom that operates two call centres in Oklahoma state prisons. Speaking on condition of anonymity, a source told the media outlet that people incarcerated at the Dr Eddie Warrior Correctional Centre, a minimum-security women's prison with a capacity for over 900 inmates, made calls on behalf of the billionaire's campaign.

"The people were required to end their calls by disclosing that the calls were paid for by the Bloomberg campaign", the article reads. "They did not disclose, however, that they were calling from behind bars".

In a Tuesday statement, Mike Bloomberg confirmed that his campaign had used prison labour, stressing that he had learned about this only after taking a call from a reporter. He said that the campaign had severed ties with the subcontractor and the people who hired it.

Rory McShane, a Republican political strategist, says that it's probable that the Bloomberg campaign had no idea that "the labour used to make the calls was prison labour".

"I just find it ironic that the political party constantly, arrogantly, lecturing American business owners is the one so regularly caught in hypocrisy like this", he says. "I don't think Bloomberg ever had much of a chance in today's agitprop socialist Democratic primary... but this probably made it zero".

After the news hit the headlines, Bloomberg was immediately subjected to harsh criticism on social media.

A concern for people, not profits, should govern our criminal justice policy. https://t.co/xiaVEOwIgo

"In a sane, just Democratic primary, this ought to be the end of Mike Bloomberg's disgraceful bid", Democratic strategist Max Burns argued on Twitter.

Bloomberg is in No Legal Trouble, But His Chances Further Shrink

McShane notes that regardless of the media fuss, Bloomberg is in no real trouble legally; however, the controversial episode is likely to further reduce his chances in the 2019-2020 presidential cycle.

"He no longer has the ability to campaign on the mandatory minimum wage, a favourite topic of his primary opponents, but as a multi-billionaire hedge fund manager, it wasn't a great issue for him to start with", the Republican political strategist notes. "He was going to lose every one of the first three states already, and have to drop out, this scandal has probably just made that sooner".

Under the Thirteenth Amendment, incarcerated people could be forced into labour which is used by private companies as an alternative to cheap foreign labour. The Intercept revealed that Procom pays the Oklahoma Department of Corrections the state’s minimum wage of $7.25 per hour for the prisoners. For its part, the Department of Corrections website says that the maximum monthly wage for the inmates amounts to $20 dollars a month. However, according to the Prison Policy Institute, prisoners in Oklahoma only make up to 54 cents per hour.

"I would like to say, my company offers the same service, for Republican candidates and our calls are proudly slave labour free, unlike our Democratic counterparts", McShane remarks.

Still, by mere coincidence the other instance of the prison labour use in a federal election was in 1994, when inmates made campaign calls on behalf of Republican Congressman Jack Metcalf, who was subsequently elected to Congress and served three terms, according to The Intercept.