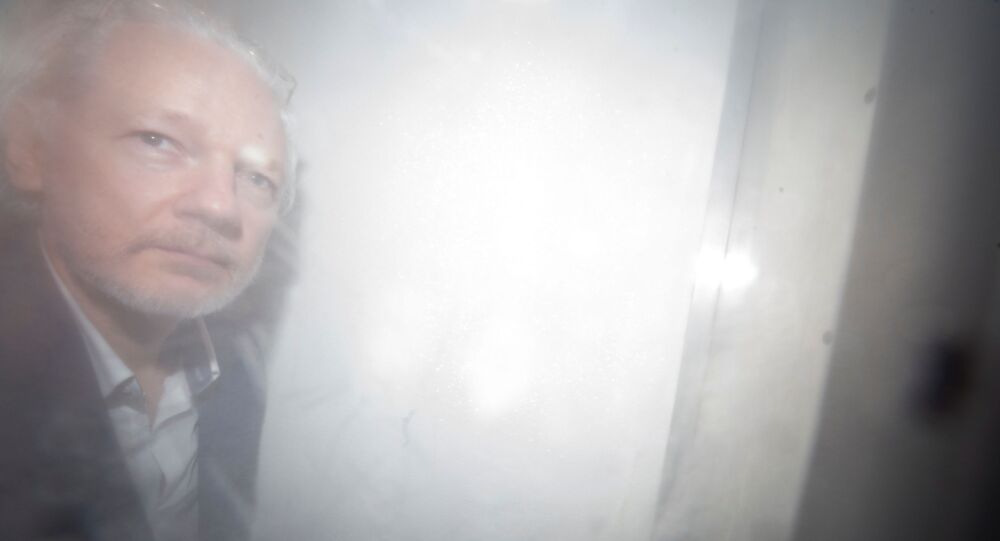 While Julian Assange’s trial for potential extradition to the US is forthcoming, the WikiLeaks co-founder was transported to the Westminster Magistrate Court in London on Friday to testify in a case that may drastically impact that trial.

Kevin Gosztola, a writer for Shadowproof.com and co-host of the podcast Unauthorized Disclosure, joined Radio Sputnik’s Loud and Clear on Friday to discuss the legal and health issues surrounding Assange and his possible extradition.

Assange appeared before the Madrid High Court on December 20 via video-link to testify against Undercover Global Ltd., a Spanish security company that allegedly tapped the Ecuadorian Embassy in the UK and tracked Assange for the CIA via cameras, microphones and other electronic surveillance equipment during the seven years during which he sought refuge there.

“I think it’s going to have important ramifications for how the defense presents its case and how they might ultimately prevail against the US efforts to extradite [Assange],” Gosztola told hosts Brian Becker and John Kiriakou.

RT reported Assange’s lawyer said his client “was absolutely unaware that the cameras recorded audio, that hidden microphones had been introduced” and was “an absolutely passive subject of an illegitimate interference that would have been eventually coordinated by the United States.”

Gosztola noted that while journalists from around the world have come to the UK to cover Assange’s trial, the London court does not have a lot of space to accommodate the press or other members of the public.

At the same time, “you have people who are elected officials from around Europe and ... other parts of the world [who] are coming to actually see how the US is trying to extradite [Assange], because they know this case” is relevant to matters that may arise in their own regions, he explained.

Two medical experts aligned with Doctors for Assange were among those barred from entering the London court.

“Julian is in a very critical psychological state,” psychotherapist and clinical psychologist David Morgan told Ruptly, “and to have people who can report on how he is at the moment is extremely important, but we’ve not been allowed in.”

Psychiatrist Marco Chiesa, who was denied entry along with Morgan, also spoke with the outlet and referenced a report published in May by UN Special Rapporteur on Torture Nils Melzer, which said that Assange showed the signs of someone who had been “exposed to prologned psychological torture.”

“And ominously, they concluded in the report that he has a high risk of dying while in prison, so that’s where our concern really stemmed. Where is he now? We don’t particularly know. That’s why we wanted to see him with our eyes, but we were not allowed,” he explained.

Gosztola called into question the ethics of Vanessa Baraitser, the district judge presiding over the trial, and pointed out that she appears to not be doing everything within her capacity to ensure Assange’s health is up to par.

“She can use her authority as a judge [and] order him released on bail to house arrest, but that’s obviously something she’s not willing to do, because she’s serving the UK government,” he said.

The Guardian reported that during an October hearing, Assange not only appeared to struggle in recalling his birth date, but also told Baraitser he did not understand what took place at the end of the hearing.

Gosztola highlighted that while there will certainly be evidence brought against Assange, there is also the possibility that the door is open for exonerating evidence which “shows that this is a political case that should not be pursued and we should stand against.”

When it comes to the US case against Assange, Gosztola predicted the WikiLeaks co-founder will reiterate that the 1917 Espionage Act - which the Trump administration has weaponized - “is a specific US law based in a political understanding” and cannot be used as grounds for extradition because “it’s not a universal law that is globally recognized.”