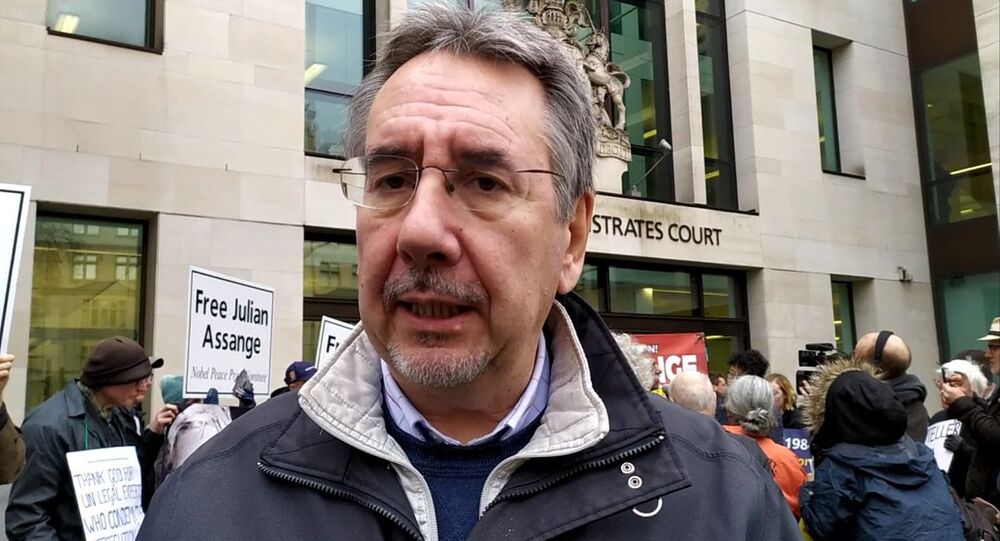 US authorities are seeking WikiLeaks founder’s extradition for his role in publishing classified documents revealing alleged war crimes and crimes against humanity committed by US & UK forces in Iraq and Afghanistan.

John Rees, of the Don't Extradite Assange campaign, says he has seen a positive shift in the extradition case of WikiLeaks founder Julian Assange.

Rees, a historian and activist, attended Assange's latest case management hearing on 19 December at Westminster Magistrate’s Court. He said that District Judge Vanessa Baraitser appears to have now accepted that the case - in which Assange faces 175 years in a US prison for his role in publishing classified documents - “is very complex” and “involves fundamental questions of law and justice”.

Judge Baraitser: Main hearing now to be held over 3 - 4 weeks

She added that for reasons of “open justice” she had decided that Belmarsh Magistrate’s Court, which can seat more people, is the “appropriate” venue for the main part of the extradition hearing, which is to be held next year.

Despite the Judge’s apparent recognition of the seriousness and ‘complexity’ of the case, she has allegedly refused to intervene with prison authorities to compel them to give Assange proper access to his case files and lawyers, which he claimed he was deprived of.

Assange’s barrister Edward Fitzgerald QC told the court of the “great difficulties" the legal team was having in "getting to see Mr Assange for sufficient periods of time”.

But the judge said she was not prepared to go further than making a generalised statement in open court that it would be “very helpful” if prison authorities aided Assange with what he needed. This is despite being confronted with precedent, on 13 December, of another judge in a separate case asking Belmarsh prison authorities to ensure a prisoner had sufficient access to their lawyers.

Rees argued that Assange can't get a fair trial if he isn't able to properly prepare for his defence:

Doctors: Assange’s life is under threat

Meanwhile, more than 60 doctors recently penned a letter to the British Home Secretary saying they feared for Assange’s life if he is not transferred from Belmarsh to a university hospital for proper treatment.

The WikiLeaks founder, continues to be incarcerated in Belmarsh despite completing a 50 week sentence, for absconding while on bail, in September 2019.