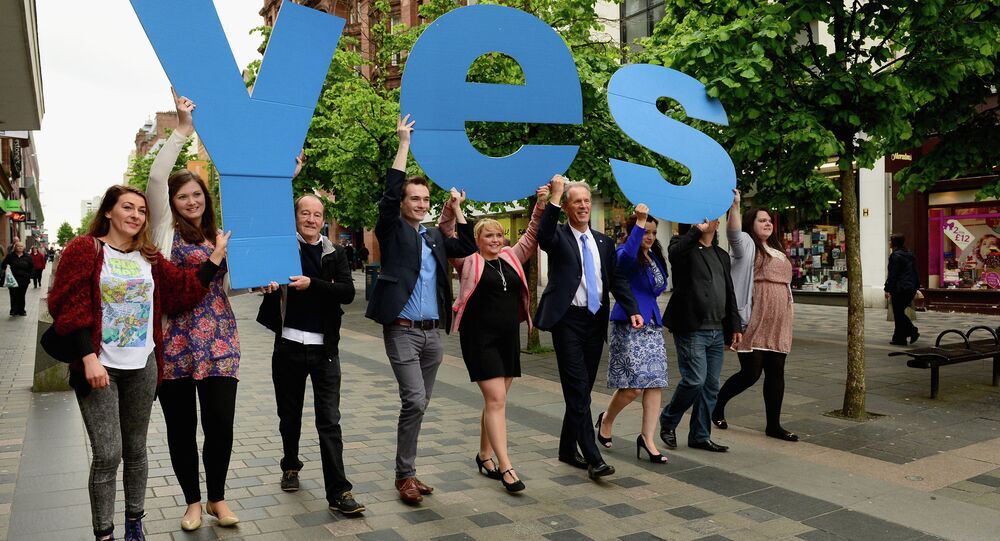 Sputnik: Would Nicola Sturgeon win an appeal to hold a second Scottish independence referendum at the British High Court?

Colin Fox: I’m not sure, but probably not because Nicola Sturgeon today has made it clear that she’s asking for a second referendum, but the trouble is that the power to hold a second referendum is reserved for Westminster under the Scotland Act of 1997.

Sturgeon needs to somehow persuade Westminster to grant a second referendum on independence and then more importantly than that, she has to win it, so these are big questions and I’m not sure what’s going to happen, but I think that a second Scottish independence referendum is more likely to take place after 2021’s Holyrood elections.

The British ruling classes are a wily old bunch and I expect Boris Johnson to go on a charm offensive in Scotland, he has a huge majority in Westminster, which means that we could be stuck with him for another ten years, not just five; because no government has ever gone from a majority of eighty to losing it in one election, so it would probably take two elections to get rid of him.

Boris Johnson is no idiot, I don’t like him; he’s a Tory, but he’s not an idiot. This is the guy who won the London mayoral election standing against Ken Livingstone, this is the guy that if you’d asked me a year ago what his chances of being the Prime Minister were, I would have given you very long odds, and this is the guy that only last week people were predicting could lead to the UK having another hung parliament and yet he’s triumphed with a massive majority, so he’s not to be underestimated, and neither are the people behind him, the British ruling classes who are adamant that Scotland’s going to get its independence. If we’re going to beat them; we have to beat some very clever people, and we’d have to do that with some very clever tactics.

Sputnik: Would an independent Scotland necessarily be allowed to join the EU by the powers that be in Brussels?

Regarding the EU; as of the 31st of January Britain will be outside of the EU, that’s it, we’re out. Nicola Sturgeon’s promises to keep Scotland inside the EU when Britain left were always just fanciful rhetoric that was nonsense.

If Scotland wishes to be part of the EU in the future; and I must say personally I’m not particularly in favour of it, then it will have to decide it for itself in an independent country, so an independent Scotland could have a referendum on EU membership after it has won its independence, and that would be the democratic approach.

As to how that result would go; well that would be a few years down the line and I wouldn’t be certain that Scotland would apply to join the EU, because there are a lot of things wrong with it, but that’s further down the line as I’m sure you’ll agree.

Sputnik: Should Nicola Sturgeon step down if her bid to hold a second Scottish independence referendum fails?

Colin Fox: To be honest I think that it would be the honourable thing to do. Alex Salmond stood down when he lost the referendum in 2014, when David Cameron lost the 2016 EU referendum he stood down and that’s why I’m disappointed in Jeremy Corbyn, he should have done the honourable thing last Friday and should have resigned in the wake of that defeat.