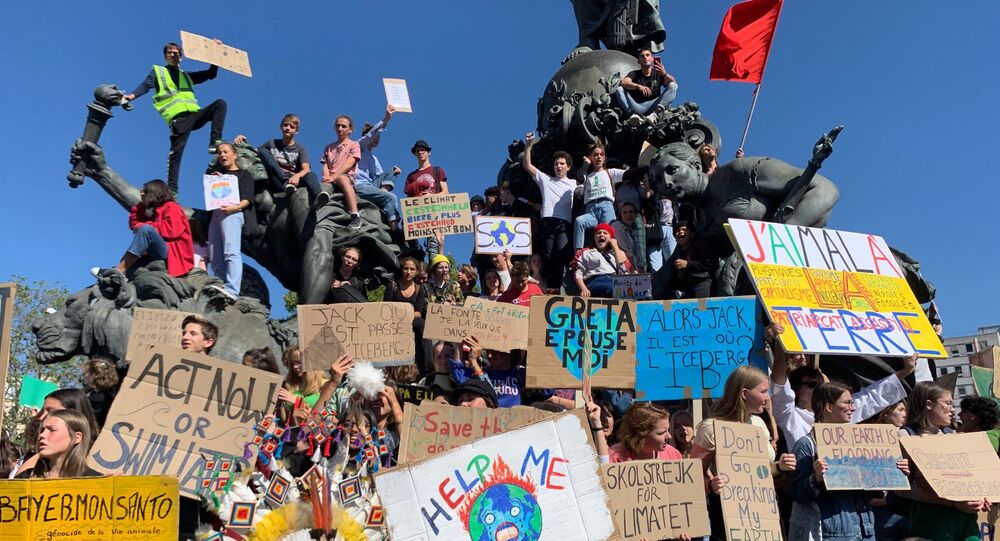 The Faster We Adapt, the Greater the Chance We Can Hold Back Climate Change Impacts - Pundit

The International Chamber of Shipping has set out a plan to transform the high-carbon footprint global shipping industry. Shipping companies will have to pay a levy on every tonne of fuel they use under new proposals aimed at developing zero-carbon vessels within 10 years.

Simon Bullock, a researcher on shipping at the University of Manchester, shared his views on the fuel levy and if he believes it will be enough to challenge the culture and traditions of the shipping industry.

Sputnik: Can you explain how this proposed fuel levy could change shipping?

Simon Bullock: So the shipping industry needs to get off its use of oil and the industry is proposing that they develop a new fuel. Whether that's hydrogen or ammonia or batteries, or a combination of all three. And this levy is a proposal to fund that change, because it's quite a big change affecting the 90,000 ships across the planet. And those ships aren't currently able to use those fields. So it's a levy to try and spur innovation in technologies that we're going to need in future to tackle climate change.

Sputnik: And what rate will this levy be set at?

© CC0
Not Climate Change, Greta... Origins of Deadly Heatwaves That Hit Countries Worldwide Discovered
Simon Bullock: Well, that's one thing that's the slight problem with this levy, is that its sets at an extremely low level of shipping and aviation don't pay for the pollution that they cause from climate change, unlike other sectors, and this proposal would add fifty pence for a ton of carbon pollution compared with 25 pounds for other industries right now.

It's a small amount, it would raise a lot of money for technology, which is excellent, but if they levied it at a higher rate, then that would create a greater incentive for shipping companies to travel slowly to be more efficient in how they operate. So yes, it's a good thing that this levy is in place but it's an extremely low level. So that should be addressed.

Sputnik: Is the International Chamber of Shipping’s plan to be carbon neutral in 10 years realistic?

Simon Bullock: It's a very challenging goal. It's definitely necessary. That's the positive sign from the ICS, that they are committed to meeting this goal. And this levy and the fund are essential parts of it. They're not the only parts. I think as well as making ships able to run on these fields, you need a huge new global fuel infrastructure producing all the hydrogen and ammonia that we're going to need.

So that will require a great number of industries to collaborate and work together. So it's a good step, but it won't be the only thing and ICS are exactly right. This is the sort of timescale we need to be running on zero carbon ships by 2030 and doing everything we can on energy efficiency in the meantime.

Sputnik: How could the shipping industry be affected if it does not adapt?

Simon Bullock: Well, we're all going to be affected by climate change if sectors like shipping don't adapt, the longer that shipping, aviation, heavy industry and every aspect of our lives is run on fossil fuels, the worse that climate change will get. Shipping-specific impacts on the ports would struggle with rising sea levels, very vulnerable, obviously being on the coast, to sea level rise. And that's only going to increase in the future. So the shipping industry and the port sector have as much incentive as all of the rest of us to get a grip with this problem.

Sputnik: What kind of damage could we see if ships continue to pollute at their current level?

Simon Bullock: Well, ships are just one part of the problem here. They're just one sector of many. So the whole climate change is not just down to the shipping sector, but we know that we are seeing heat waves, there’s horrendous fires and heat waves going in Australia right now. And for every year that we keep on using coal, oil and gas, these problems are going to get worse, whether that's heat waves, floods or droughts, or the Amazon dying, or the ice caps melting, it's just essential. The science is so clear that we have to tackle climate change, now. The faster we do that the greater the chance that we can hold the impacts to manageable levels.