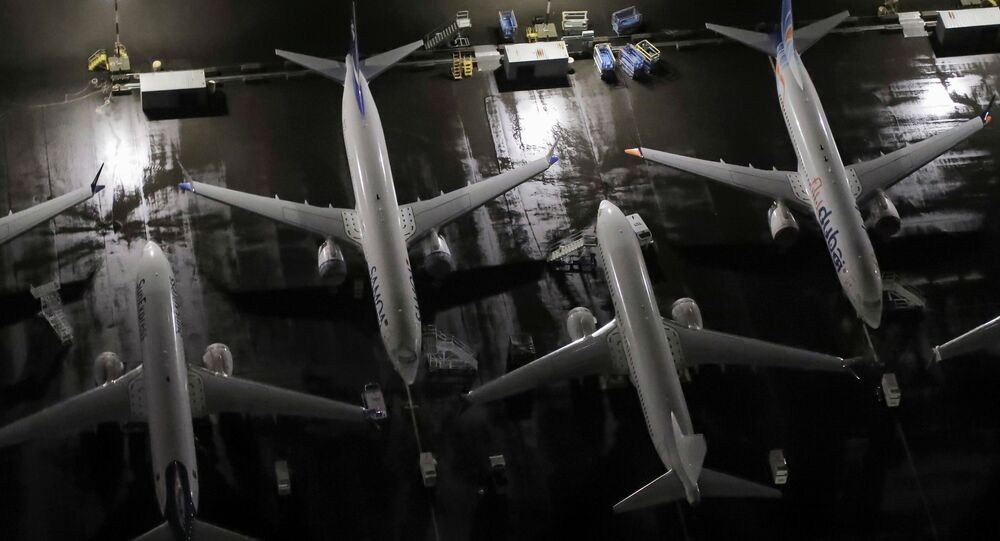 American airplane manufacturer Boeing’s 737 Max crisis is an “appalling case of marketing and management dominating” engineering, Steve Keen, author of “Debunking Economics” and the world’s first crowdfunded economist, told Sputnik Monday, shortly before the company announced that it would temporarily suspend production of the 737 Max in January.

“To me, it’s an incredible failure of the shareholder value approach of capitalism, because Boeing was, of course, a company founded on the idea of first-class engineering and innovation … the decision to build the 737 [Max] was done because Airbus had beaten them with a mid-range jet, and they wanted to be able to get into the market and compete as soon as possible and minimize the amount of time spent certifying the design,” Keen told Loud & Clear hosts John Kiriakou and Brian Becker.

The 737 Max’s problems are likely a product of Boeing competing with European multinational aerospace corporation Airbus’ A321LR aircraft. Multiple reports speculate that Boeing rushed its jet to market in an attempt to beat out its rival. In the course of adding larger, more fuel-efficient engines, Boeing engineers realized that the older model 737-800 needed further engineering changes. However, instead of designing an entirely new plane, Boeing engineers simply moved the engines further forward and higher on the wings than on the 737-800, redubbing the new jet the 737 Max.

When Boeing engineers realized that the position of the larger engines would cause the plane to stall by tilting its nose too high, they installed the Maneuvering Characteristics Augmentation System (MCAS) “to compensate for the extra pitch produced by its larger engines at elevated angle-of-attack,” the Wall Street Journal reported in March. The MCAS, designed to be a safety feature, is supposed to evaluate sensor data and push the plane’s nose down to keep it from stalling in the event that the nose of the plane is too high.

“It’s an appalling case of marketing and management dominating rather than engineers, and the outcome of this is it meant that they got a product to market as quickly as they wanted, but the product didn’t work … Now that Boeing has shot itself in the foot, I wouldn’t be amazed to see a Chinese manufacturer take up the product space that Boeing would otherwise have occupied,” Keen noted.

“Certainly, you can have too much red tape, definitely, but you want to have industrial standards, and you want to build products to a standard as well,” he added.

The airplane was grounded in March 2019 following two deadly crashes that killed a total of 346 people. The manufacturer has been constructing around 40 planes a month at its plant located near Seattle, Washington, since the grounding, which means around 400 planes have been backlogged since March.

"We believe this decision is least disruptive to maintaining long-term production system and supply chain health," reads a Monday statement from Boeing. "This decision is driven by a number of factors, including the extension of certification into 2020, the uncertainty about the timing and conditions of return to service and global training approvals, and the importance of ensuring that we can prioritize the delivery of stored aircraft."

"We will continue to assess our progress towards return to service milestones and make determinations about resuming production and deliveries accordingly," Boeing's statement continues. The release also notes that "affected employees will continue 737-related work, or be temporarily assigned to other teams in Puget Sound."

According to the Wall Street Journal, however, Boeing's decision will likely be felt throughout the US economy, since the firm is the US' "largest manufacturing exporter and one of the nation’s top private employers."

Reports of Boeing's decision come after the company's board of directors held a two-day meeting in Chicago over the weekend. The executives were deliberating whether to cut production after the US Federal Aviation Administration (FAA) announced in November that it would not recertify the plane before 2020.

“The FAA has not completed its review of the 737 Max aircraft design changes and associated pilot training. The agency will not approve the aircraft for return to service until it has completed numerous rounds of rigorous testing,” the FAA said in its November statement, CNBC reported. “Issuance of the Airworthiness Certificate is the final FAA action affirming that each newly manufactured 737 Max is airworthy.”

Documents released last Wednesday revealed that the FAA knew that Boeing’s 737 Max 8 would be prone to crashes without design changes following the first deadly incident.

A Boeing 737 Max 8 plane operated by Ethiopian Airlines crashed on March 10, 2019, after taking off from Addis Ababa, Ethiopia, at around 8:30 a.m., killing all 157 people onboard. According to Ethiopian Airlines, contact with the plane was lost at 8:44 a.m., just a few minutes after it took off. On October 29, 2018, a Lion Air-operated 737 Max 8 crashed into the Java Sea just minutes after taking off from the Indonesian capital of Jakarta. All 189 people onboard were killed.