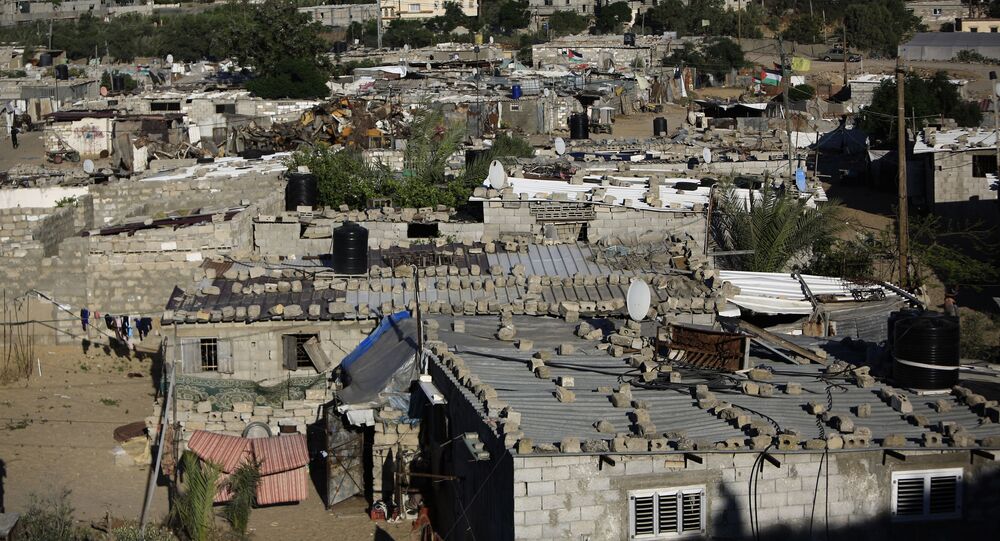 A 60-year-old Christian from Gaza is now living on the streets of Nazareth but says he prefers to stay there than to go back to Gaza, where he had lived his entire life.

Kamal Tarazi fled the Gaza Strip in 2007 after Hamas, an Islamic group considered a terrorist outfit in Israel, seized control of the enclave, ousting its previous government, officials from Fatah.

"The moment they took control, they started persecuting us, ruining our churches and forcing Christians to convert to Islam", the 60-year-old Christian recalls.

It was then that Tarazi decided to organise demonstrations against the movement, uniting Christians and Muslims alike. The calls to act didn't move the masses, but they did anger Hamas.

"I was jailed several times. Do you know what a Hamas prison is? It is pure torture", he explains, adding that the Islamic group decided to keep him alive to avoid depicting themselves as persecutors of the local Christian population, something that could potentially anger the international community.

After two months in prison, Tarazi had had enough. Shortly before Christmas, he applied for a permit that would allow him to cross the border into Israel and then travel to Bethlehem - located in the West Bank - to attend a series of religious ceremonies.

Once the permit was given and the border was crossed, Tarazi vowed he would never go back, and he is not alone.

Gaza's Christian community has been steadily declining over the years. Before Hamas came to power in 2007, Christians made up some 3,500 people in the Strip. Now, however, there are no more than 1,300 and Tarazi says the actual number is even lower.

"I am sure there are no more than 500 Christians left in Gaza and it is just part of the general trend", he explains.

Over the years, many Gazans decided to flee the Strip, unable to cope with the difficult security and economic situation.

"For Gaza, with its total population of 1.8 million, this number is significant", he continues.

Despite promises he would never go back fearing for his life, Tarazi decided to give it a try in 2014, shortly before Israel started its operation Protective Edge aimed at putting an end to the continuous rocket barrage emanating from the Strip and targeting Israel's southern communities.

"I missed my family and wanted to see how they were doing", he says. But when he came home, he found an empty place.

"My wife and daughter left the flat where we used to live and moved in with my parents-in-law. As for my house, Hamas turned it into a warehouse, where they kept rockets and various ammunition", he goes on, adding that he wanted to flee again but the Islamic group wouldn't let him do so, imprisoning him for several months.

That, however, didn't silence Tarazi and every time he was out of prison, he gathered crowds sending a clear message to Hamas: "Bidna Naesh" - Arabic for "we want to live".

Similar protests have been staged by other peace activists but just like in the case of Tarazi, they too were silenced.

But Tarazi says the policy to silence those who oppose the Hamas regime cannot continue for too long. "Christians and Muslims live well together in Gaza but both are tired of this organisation that kills and damages everything around them. Their days are numbered", he warns, adding that the situation in Gaza is explosive.

In Gaza, where 75 percent of the population lives in poverty, the unemployment rate is 52 percent, and the average salary is less than $20 a day, some 68 percent of Palestinians describe their situation as either bad or very bad, according to a recent poll conducted by the Palestinian Centre for Policy and Survey Research.

"My situation was so bad and I was so desperate to leave that at some stage I tore my clothes off in public and wanted to set myself ablaze", Tarazi recalls, adding that Hamas prevented him from doing so. To hush him they finally gave him a permit to leave Gaza, five years after his return.

"Initially I went to Bethlehem and from there to a church in Nazareth that gave me shelter for some time, until one day they asked me to pay for the accommodation they provided me with, which of course I couldn't afford, and that pushed me to the streets of Nazareth, where I currently live", he continues.

With winter approaching, no money in his pocket, and no Israeli job permit, Tarazi relies on the aid of charity organisations.

But help won't come as Israel lacks relevant bodies that could take care of Tarazi's needs.

"Israel has organisations that take care of African refugees and NGOs that help Palestinians with mainly legal advice but none of them will be able to provide him with housing, medication or even food", explained a representative of Gisha, a non-profit organisation that protects the freedom of movement of Palestinians.

Tarazi, mewanwhile, continues to stroll along the streets of Nazareth, hoping that ordinary citizens will show more empathy.

Sputnik reached out to a number of other NGOs and aid organisations but none was able to help. Hamas hasn't responded to a request for comment by the time of publication.