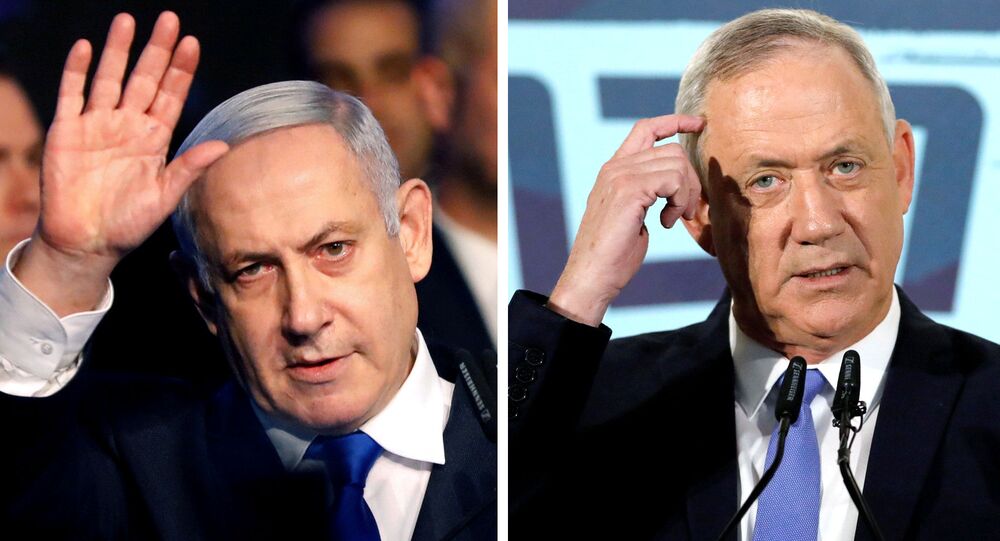 Israel is headed to its third parliamentary election in less than a year after neither Prime Minister Benjamin Netanyahu nor Benny Gantz’s parties were able to form a government. While the election is set for March 2, one expert tells Sputnik that nothing is likely to change - especially with the suppression of 5 million Palestinian voices.

Miko Peled, author of “The General’s Son - A Journey of an Israeli in Palestine” and "Injustice: The Story of the Holy Land Foundation Five,” joined Radio Sputnik’s Loud and Clear on Friday to discuss the likelihood of a different outcome in the Knesset following the dissolution of its 22nd convocation and to give his thoughts on Palestinians’ presence in the Israeli parliament.

Peled said that while it is unclear if the next parliamentary election will have a different result, Netanyahu has been campaigning for some time to get “the most right-wing elements” and “West Bank settler constituents to vote for him, as opposed to their own political parties,” to put him over the top.

The author noted that Netanyahu has been pushing to get these votes through actions such as a September pledge to annex “vital” parts of the West Bank, including the settlement of Kiryat Arba and Jewish enclaves in Hebron.

“It is an enormous gift to the settlers, and it is a catastrophe for Hebron and the Palestinians,” Peled contended.

An additional “gift,” as Peled called it, to boost Netanyahu’s chances of swaying voters was the November selection of former Likudite Naftali Bennett, now the leader of the New Right party, to head the Ministry of Defense.

These actions, along with the US decision to repudiate a previous legal ruling that recognized West Bank settlements as a violation of international law, may contribute to Netanyahu getting a leg up this time around in the electoral process.

Peled reiterated that despite this, he believes Netanyahu and Blue and White party leader Gantz’s “egos are so big and they are reckless enough to spend billions of dollars of taxpayers’ money in order to do this.” Not to mention the fact that “5 million Palestinians living under Israeli rule, who are governed by Israel, have no say” during this election, he highlighted.

Furthermore, even though the Palestinians’ Joint List alliance is the third largest bloc in the Knesset, with 13 seats, Peled argued that they would be overlooked by both Netanyahu and Gantz, even if they had 30 seats.

“The way they’re viewed is a fifth column. They’re Arabs; they’re Palestinian; everything they do is considered to be against the state - regardless of how they say or do - because they are Palestinians,” he said.

“[Blue and White] tried to do everything to establish a minority government with the terror supporters [Joint List MKs] Ayman Odeh and Ahmed Tibi, and they failed at that, too,” Netanyahu said Wednesday, according to a translation by the Jerusalem Post.

“There’s no scenario in which a Zionist government accepts them or even wants their support, because it just looks bad,” Peled concluded.