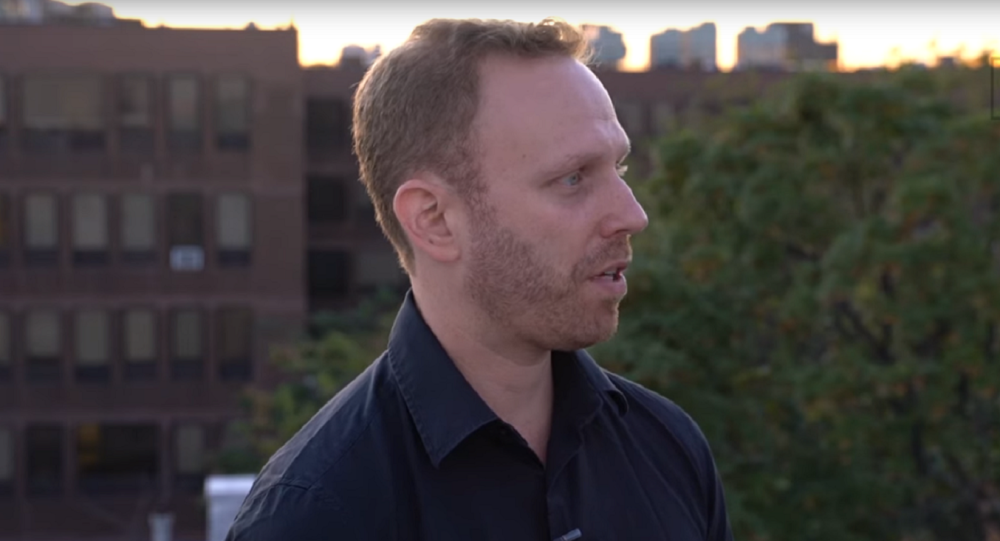 Assault charges leveled against journalist Max Blumenthal have been dropped, weeks after his arrest and multi-day imprisonment, but even though litigation is no longer a concern for him, the issue of the American government overstepping its bounds both at home and in Latin America has persisted.

Blumenthal, senior editor of The Grayzone, joined Radio Sputnik’s Loud and Clear on Thursday to discuss the details surrounding his October arrest and identify parallels present between the US government’s intervention in Venezuela and the ongoing legitimization of leaders within the Bolivian coup ahead of the March 2020 presidential election.

The journalist recounted to hosts Brian Becker and John Kiriakou that months before his arrest, he and his colleagues were delivering food, water and medicine to those who were legally within the Venezuelan embassy during the US-backed coup attempt.

Blumenthal and others were forced to get creative in their delivery methods due to a mob of individuals who he says were there to carry out tasks the US Secret Service could not. Though he was yelled at by members of this group, Blumenthal claimed he never had a physical altercation with them.

“They weaponized them; they were essentially controlling them,” Blumenthal said of the US government’s hand in assisting the “proxy force of thugs,” as Becker put it.

Oddly enough, the day before Blumenthal’s arrest, The Grayzone published an article by Code Pink’s Leonardo Flores which highlighted a memo claiming the United States Agency for International Development (USAID) would be “diverting $41.9 million from aid for Central America and instead sending it ‘to Guaidó and his faction’” to fund everything from their salaries to propaganda and so-called “democracy-building projects.”

Flores’ article noted the reported reappropriation of funds to Guaidó’s team was confirmed when Vecchio thanked the USAID for helping “enhance our capabilities inside Venezuela” and “increasing our foreign service.”

The day after the piece’s publication, Blumenthal explained, DC police showed up at his door with an arrest warrant for “simple assault” that also described him as “armed and dangerous.” The journalist explained that the “raid-style” arrest, predicated on the “armed and dangerous” denotation, came about due to the Venezuelan opposition proxy force’s fabrication of charges against him.

“It’s as close to state repression as it can get,” Blumenthal contended.

He went on to recount that another prominent figure was Matthew Burwick, who traveled from North Carolina, began coming around before the embassy siege started and was “posing as a homeless person” to “collect intelligence and lay the groundwork for the coup.”

Blumenthal pointed out that Burwick, who generally donned tactical gear, was eventually thanked by Guaidó on Twitter.

“Anya Parampil revealed also, in a profile of Carlos Vecchio - the fake ambassador here - that he was simply the Venezuelan representative of Exxon Mobil, which was ousted from Venezuela when Hugo Chavez renationalized the oil industry,” Blumenthal said, referencing Parampil and Diego Sequera’s June Grayzone article “From Exxon to ‘ambassador’: How Carlos Vecchio became Venezuela’s top coup lobbyist.”

Blumenthal also asserted that in order for the US to move forward with a trial against those who were removed from the Venezuelan embassy, they “will have to admit [Venezuelan President Nicolás] Maduro, in effect, is the legitimate” president, and it is his government, rather than Guaidó’s, that has the right to allow people to stay in the embassy.

Blumenthal emphasized that fossil fuel was also a central factor behind the ousting of former Bolivian President Evo Morales - who has since fled the country and is now residing in Argentina following his stay in Mexico under asylum.

Furthermore, DC-based think tank Inter-American Dialogue has been recently “attempting to legitimize Luis Fernando Camacho,” according to Blumenthal, who said he recently visited the organization.

“This is the guy who was photographed inside the presidential palace, after Morales was sent to Mexico, bowing down with a Bible and declaring that Satan had been expelled.”

Despite Camacho’s questionable connections and conduct, the bipartisan think tank hosted “a conversation in Spanish with Luis Fernando Camacho” for an hour on Thursday.