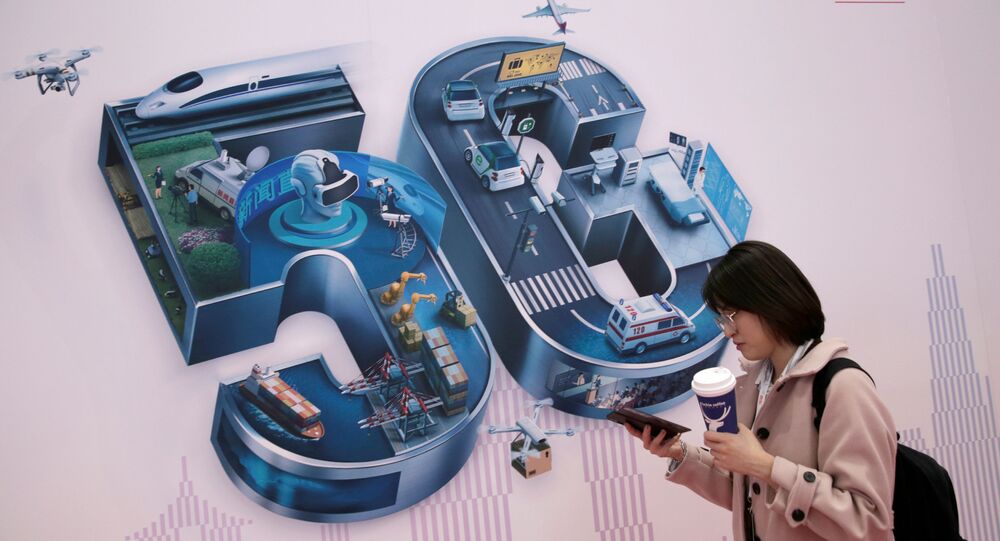 US President Donald Trump blacklisted the Chinese tech giant back in May amid allegations that Huawei is spying for the Chinese government - something the company has vehemently denied.

As the US pressure to ban Huawei equipment across the globe is mounting, one of Germany’s largest mobile phone companies - Telefonica Deutschland - has announced it would work with Huawei and Nokia to build its 5G network.

The Chinese tech giant was blacklisted by Washington in May 2019, with the American side claiming that Huawei was spying for the Chinese government - an allegation both the firm and Beijing firmly denied.

Australia, New Zealand and Japan have all decided to follow Washington’s ‘advice’ and ban Huawei from the development of their 5G networks, but Europe seemed not certain despite authorities also questioning the safety of Chinese technology.

During this month’s NATO summit in London which was marked by sharp disagreements on numerous issues, one issue seemed to unite the allies - "the threat of China". And Trump made sure to keep pressuring European members to not work with Huawei calling it a “security danger.”

China has retaliated against America’s anti-Huawei campaign by ordering state offices and public institutions to replace all US computer equipment and software in three years.

Qinduo Xu, a senior fellow at the Pangoal Institution, a Beijing-based think tank, has called this move “de-Americanization”.

“This is largely a response to the US efforts to kill Huawei over 5G technologies, as we know the accusation and crackdown on Huawei by Washington has been based on zero solid evidence. That's why people call it a technology war launched by the US against China,” he said.

The expert believes that the Chinese government now feels that it simply cannot trust US companies or their software or use it for work and “China obviously can't afford to wait to find it out until the last minute.”

At the same time, Qinduo Xu says that the impact on US companies will only be “limited. “The Chinese market for computers is huge. Those used by governments represent only a small portion,” he said.

The scholar noted that Beijing’s decision gives a positive boost to Chinese manufactures.

“This may help break the monopoly by the US in this sector. Competition between China and the US will benefit consumers as well as other countries in being able to select,” Xu explained.

The US-China fallout and Trump’s decision to ban US companies from doing business with Huawei, has led to US tech giant Google blocking Huawei’s future access to Android updates. While Huawei’s new devices will still use Android as an operating system they now don’t come with Google apps, which means no YouTube, Google Maps and Google Play store.

Xu believes that this will speed the development of its own software:

“More importantly, it'll help Chinese software developers to speed up to provide the necessary software to replace the US ones. So both Chinese computer companies and software firms will enjoy a boost from the move in the next two to three years,” the academic said.

While politicians in Germany have been assessing the security risks of working with Huawei, apart from Telefonica Deutschland, Germany’s other biggest providers such as Deutsche Telekom and Vodafone warned that Europe will fall behind in the deployment of 5G if they ban Huawei. So blocking Huawei is easier said than done.

Deutsche Telekom - the top mobile carrier in the country, in turn, has already launched 5G in some German cities using Huawei equipment.

Huawei's strongest rivals in the field of 5G technology are Finland's Nokia and Sweden's Ericsson, but experts say that both companies are not really direct competitors to Huawei and Chinese telecoms giant technology is far superior.

© AFP 2021 / DON MACKINNON
Half of Canadians Say Government Should Not Have Arrested Huawei CFO Meng - Poll
Xu is certain that the European Union is unlikely to drive Huawei out of its market completely as some of its members have already signed contracts with Huawei over the 5G rollout.

“Some countries, under the US pressure, may choose to work with other companies, but a blanket ban on Huawei is out of the question. The European Union has been a strong advocate of multilateralism, free trade and open market, it'll be difficult for them to take measures against their principle. The US ban on Huawei is out of geopolitical consideration, but the EU is not competing with China in that sense,” Xu concluded.