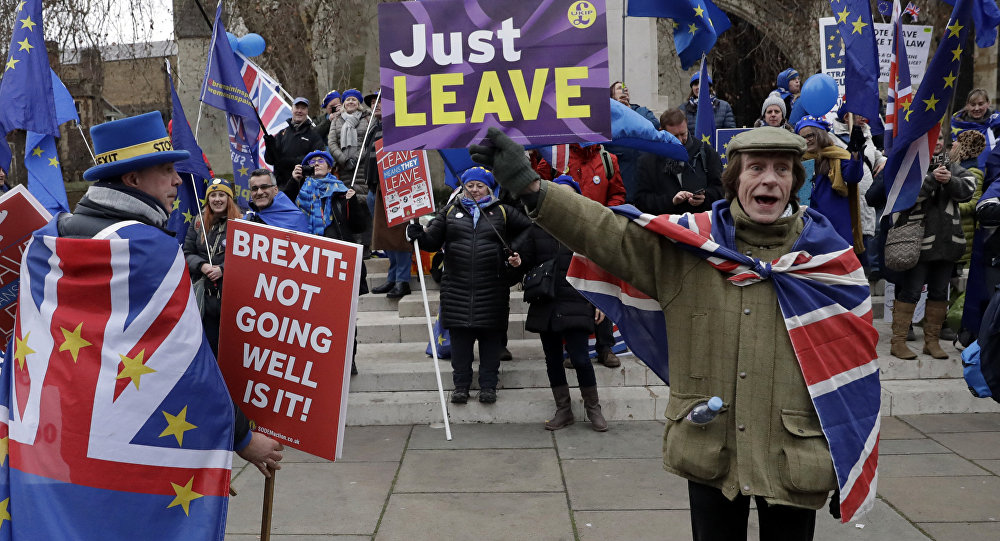 The 12th of December will see UK citizens head to polling stations to cast their votes in the UK early general elections convened in an attempt to overcome the stalemate over the terms of the UK’s withdrawal from the EU.

As the general election campaign comes to a close, a YouGov poll has predicted zero seats for the Brexit Party. There's only one hope for the party- Barnsley Central, where Gavin Felton, chair of the Democrats and Veterans Party, hopes there might be a Brexit win. There's only one thing standing in their way - the Tories.

Sputnik: Thursday's vote has become known as the 'Brexit-election'. Is there enough voting choices for those UK voters determined to make a break from the EU?

Gavin Felton: I think the Tories will win, by a slight majority. But equally in the Labour heartlands, if the Tories hadn't stood, then the Brexit party may still win a few seats, in the Labour ends. For example, Barnsley Central, in particular, the Tories have never won anything here and never will. And if their candidates stood down, and had not stood, then the Labour Party would have one less MP. So it's quite sad, and I think what might affect the joys after selection, is that there's going to be a lot of resentment and bitterness towards them, from a lot of leavers from other areas, not just the Brexit Party. Genuinely, because they feel that they just looked after their party and not the country, and there is a lot of resentment there certainly.

Sputnik: How did the attitudes towards the vote change when the Brexit party withdrew their candidates in Tory voting areas?

Gavin Felton: Well, I mean, well, they did withdraw their candidates. They did down in Somerset, and to be fair to them and down in London, and all those areas. The sad truth is, in the Labour heartlands where the Tories have never won anything, and they will never win anything - 'Tory' is a dirty word in Barnsley Central. In all the polls, it is saying that they (the Tories) should have stepped down, but they didn't. Now Boris Johnson and Jacob Rees-Mogg have gone completely down in our estimations. They don't care about places like Barnsley, what they care about is their party. Now there's a lot of resentment to all the Tories from genuine Leavers towards the Tory party, for what they've done in the Labour seats, and in the coal areas, and so there's a lot of resentment. I've worked with many Tories, and many Labour people, for 'Leave', and I can honestly say this now, that we will be campaigning, after this election, really hard for anybody but a Tory counsellor.

If they'd got a grown-up approach, Boris Johnson with the Brexit Party, growing a majority of, I reckon, close to 80 to 90. My father, he votes Tory because he lives in Forres. And that makes perfect sense. A lot of my friends live in Penistone and Stocksbridge, and Wakefield - they're voting Tory, and that makes perfect sense. From what they've done in Barnsley Central in particular, round here now, for example, the Tory Association, they're all going to walk away at the end of this election. That you know, they're going to come to us as independents, because it's just fundamentally wrong what they've done. Right is right and wrong is wrong, and what they've done is wrong. I, for one, I said to my father that I understand why he would vote for the Tory party in Forres, and I would have probably done the same. However, in Barnsley Central, they should not even put a candidate up. If they hadn't put a candidate up, the Labour Party's Dan Jarvis would have lost his seat here tomorrow. 100%. And instead, they've split the vote. The Tory's have split the vote.

Sputnik: It is the day before the election - will last-ditch attempts at campaigning be worth anything today?

Gavin Felton: I mean, it's just not going to have any effect, the damage has been done. But what I would say is obviously the Brexit Party in Barnsley Central is still winning. It is the only party to vote for if you want to beat Labour, it's as simple as that. It is a two-horse race, and I know that to be true.

Sputnik: What is your prediction about whether the Brexit party will win any seats in the General Election?

Gavin Felton: They potentially will win a seat in Barnsley Central. We've had Labour for over 100 years. And this is where Boris Johnson's calculation has gone wrong because, you know, all we've ever had here, is that the people are saying, 'what's the point of voting because Labour is going to win'. This is our one opportunity. Even if he had just said, well 'three seats or two seats, we're going to stand down', people would have had more respect for him. And I know Tory counsellors, that after this election will be resigning over this because it means so much to the people of Barnsley. 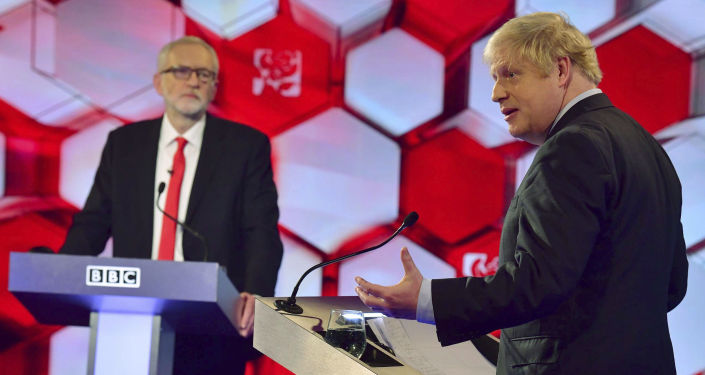 © AP Photo / Jeff Overs
12 Seats to Watch: The Results to Keep an Eye Out for On UK General Election Night

As I said, if I lived in Wakefield, if I lived in Stocksbridge, or Forres like my father, I would have voted Tory, 100%, because you gotta do what's best for the country. But ultimately, because of what they've done, there is a lot of resentment towards Boris Johnson. He will never be forgiven here. Boris Johnson can never come to Barnsley. Nigel Farage has come here three times, to see the people. If the Brexit party pull it off in Barnsley, then it'll all be forgotten. But if we lose by a few votes, because the Tory's have split our vote, then the dislike towards them will be even more.