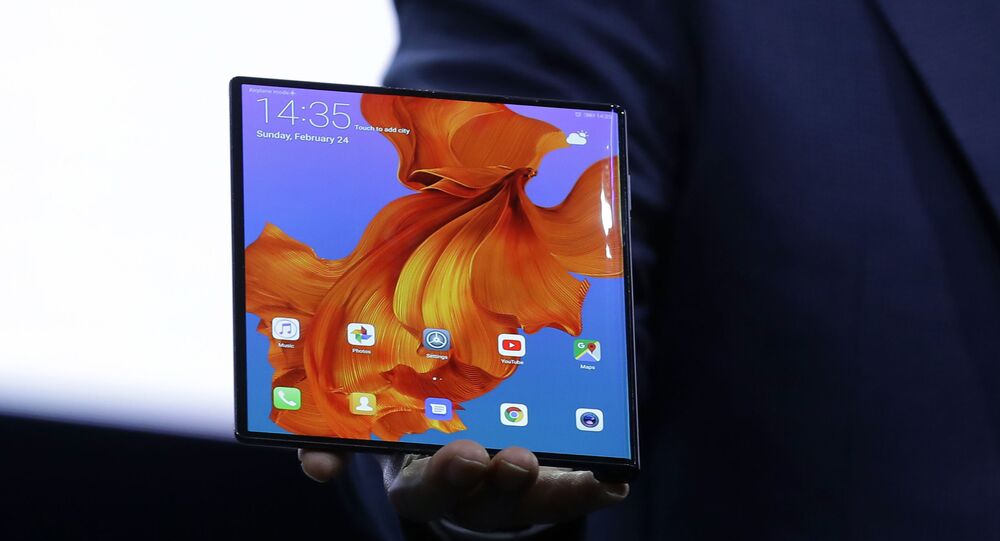 The US-China tit-for-tat game is threatening to further hurt American companies with Beijing considering its own "black list" for "unreliable" foreign firms. Scholars Elliott Zaagman and Dr Joseph Cheng outline how American companies could react to deepening rift between Washington and Beijing to minimise risks.

On 2 December, Chinese media outlet Global Times tweeted that Beijing was speeding up the release of the so-called "unreliable entity list", expecting that the US House would pass the so-called Uyghur Human Rights Policy Act of 2019 – a tougher version of legislation passed by the US Senate in September 2019.

Source told Global Times that China will release an "unreliable entity list" soon, which includes relevant US entities. US House is expected to pass a Xinjiang-related bill that will harm Chinese firms’ interests, prompting China to speed up the move.

​The next day House lawmakers voted 407 to 1, endorsing the bill which is seen by Beijing as direct interference in the country's domestic affairs.

It is believed that China's "unreliable entity list" will include American companies, organisations or persons who "severely damaged the legitimate interests" of Chinese firms by blocking or cutting supplies to them. It was meant to be a tit-for-tat move to Washington's "Entity List", banning dozens of Chinese companies from conducting business in the US. Beijing announced the initiative on 31 May 2019, after Donald Trump introduced restrictions against Chinese telecom giant Huawei and 68 of its non-US affiliates with a national security order earlier in the month, citing security concerns.

US Firms Should Think About Minimising Risks

"The People's Republic of China (PRC) is establishing an 'unreliable entity list' of firms which it deems untrustworthy," says Elliott Zaagman, a columnist for the China-focused tech news website Technode.com and co-host of the China Tech Investor Podcast. "It is expected that many American firms, particularly those close to the US military, or those that have aided the US government in its actions against Huawei, will be on that list".

According to the journalist, although the People's Republic's threat to blacklist foreign entities looks pretty serious, it "will not be as easy as Beijing simply snapping its fingers" since "China still needs [these firms] to some extent".

"With most laws like this in China, they should be considered more as a signalling of overall direction rather than to be taken literally in the short-term," Zaagman notes.

Yet, he suggests that Dell, Microsoft, HP, Intel and other major US firms "should be looking to focus their attention elsewhere with regards to future growth, while salvaging or maintaining what they can of their China business".

For his part, Dr. Joseph Cheng, professor of political science at the City University of Hong Kong, believes that "the US companies publicly will have to do two or three types of things" in response to China's move:

·         First, "the short term response, of course, is to exert a bit of pressure to lobby the US government, so that hopefully there will be an agreement, there will be an intermediate term agreement and trade war will deescalate".

·         Second, "at the same time the US firms will also have to make some responses in terms of minimising risks".

·         Third, "there will also have to be deals dependent on Chinese firms, Chinese manufacturing, on Chinese production of the designs, chips and so on" since one "can't terminate all the production chains right now, it has to be done gradually and so on", the professor highlights.

Zaagman notes that the US-China "decoupling" trend has been unfolding for quite a while and although some American firms involved in trade with the PRC are opposing the US government’s "more hostile stance" towards China, they "have seen the writing on the wall".

"Amazon may be a good example, as it has drawn down its China presence in recent years and pursued US government contracts more aggressively. Microsoft as well. In our world today, the reality is that prudent executives are picking sides," Zaagman elaborates.

According to him, the trend will continue to gain momentum and "is not likely to reverse": "This is simply the new world in which we live, and in which tech firms do business," he remarks.

The Trump administration has committed itself to cracking down on Huawei since 2018. Washington called upon its allies to bar the tech giant's 5G equipment under the pretext of its alleged "spying" on behalf of the Chinese government, something that Huawei vehemently denied. On 1 December 2018, Meng Wanzhou, a senior executive at the tech firm, was arrested in Canada at the request of the US authorities over an alleged violation of anti-Iranian sanctions.

After adding Huawei to the US' Entity List on 16 May, Washington, however, has repeatedly issued waivers for American companies conducting business with the telecom firm. Nevertheless, a number of Silicon Valley hi-tech producers as well as their British and Japanese counterparts signalled their willingness to cut relations with Huawei following the ban.

China Will Try to Catch Up But It Will Take Time

For his part, Cheng opines that despite its tough rhetoric, in the short-term China wants to avoid an all-out trade war since the People's Republic needs the US market at this stage. Therefore, Beijing is ready to make some concessions, according to the Hong Kong-based academic.

However, there are red lines which Beijing will not cross, he notes: while the PRC may agree to buy more grain or other agricultural products from the US to redeem China's trade surpluses, there are certain things that Beijing "will not be able to do". They include "cutting subsidies to major state-owned enterprises, which are the strategic pillars of the Chinese economy", he notes.

"So, Chinese leaders probably will not make concessions on these things, they will still subsidise these major big state-owned enterprises and they will still remain strategic pillars of the economy", Cheng elaborates. "And I think that Trump administration has got the message. They know that it is extremely difficult to ask China to make concessions in these areas".

The academic believes that in the long run, the People's Republic and the US will face fierce competition. He foresees that "China will concentrate its resources, identify major, key areas and form strategic teams to catch up" but it may take ten to twenty years or even longer, by his account.

"Chinese leaders and Chinese economic planners typically will try to pick winners," Cheng elaborates. "They will identify the key technologies to be developed so that China will get hold of those technologies… This is typical Chinese way of doing things: to identify the key areas to catch up, form the research teams to do it, handpick certain major corporations, major state and military laboratories to do that."

Whether or not this stands to handicap them remains to be seen, the Hong Kong-based academic concludes.