On Thursday, Russian President Vladimir Putin offered to prolong the New START Treaty between Moscow and Washington without any preconditions. The US, however, is still attempting to bring China into the equation, stating that Beijing also has to participate in a new arms reduction agreement.

Dr Mark Gubrud, an adjunct assistant professor of peace, war, and defence at the University of North Carolina, has explained what the challenges and prospects are for the last major arms reduction accord.

Sputnik: In Washington, a senior Pentagon official suggested the Trump administration is not interested in an immediate extension and "sees no rush anyway" as New START doesn't expire until February 2021. Why is the US not interested in offering to extend the treaty? Why wait to the expiry date?

It is a presidential decision, so you are asking about the reasons for Donald Trump. Here I can only speculate and offer a plausible narrative.

Trump in a past life expressed his fear of nuclear weapons, and he is by no means a Cold Warrior, old or new. But the Republican Party has a dwindling yet still substantial group of hard-core warriors, many of them hostile & suspicious of Russia and basically all of them broadly opposed to arms control.

President Trump came to office hating President Obama and everything he'd accomplished, and viewing New START as Obama's treaty, like the Iran deal which he promptly scuttled. 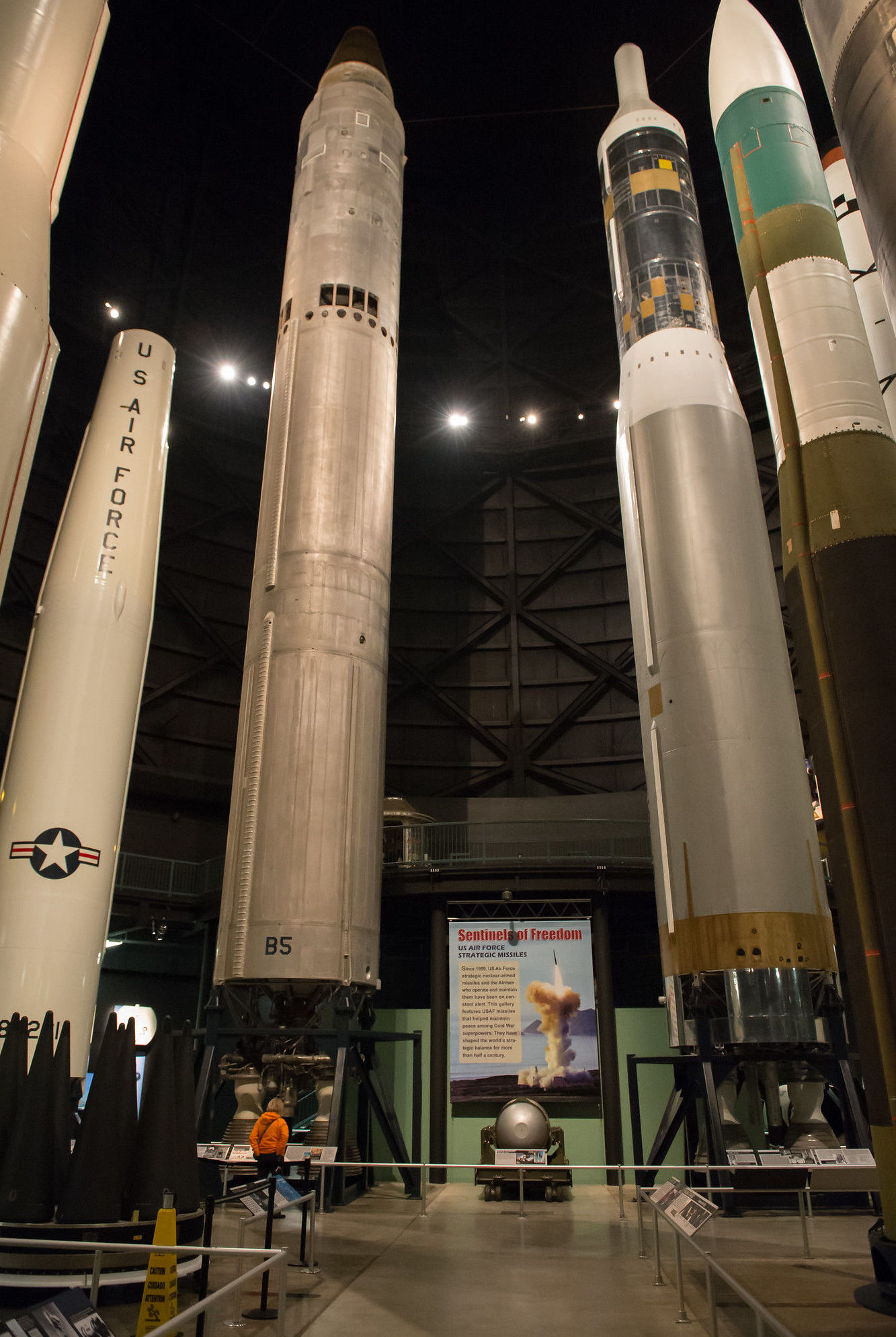 © CC BY 2.0 / Flickr/Mark Mauno
Titan II was the longest-serving ICBM (Intercontinental Ballistic Missile) in the US Air Force strategic arsenal

But very few people don't think we're better off with strategic nuclear warhead ceilings in place, so the administration has struggled to define its policy on this, talking vaguely about a better deal and about bringing China in. That, of course, has gotten nowhere.

Now Trump is under threat of removal, and being pressed to the wall about his relationship with Russia. Democrats have become very hostile to Russia generally, but still, strongly support New START and want it renewed.

For Trump to abandon his talk of a new treaty bringing in China, and simply agree to renew -- as can be done at any time with only the signatures of the two presidents -- would appear to be yielding to the Democrats, implying his political vulnerability. It would also reinforce the narrative of his softness toward Russia, and risk some of his support in the Senate.

So I think that Trump will not renew New START as long as he is under impeachment. However, if the Senate acquits him, he will likely proceed with renewal, hoping to reclaim his presidential authority and position himself for re-election.

If he is removed and replaced by Pence, my first guess is the new president would want to do the same, for the same reasons. If Pence is also removed and Pelosi is the successor, of course, she will renew.

Any of the Democrats running for president would also renew upon taking office if Trump or Pence have not.

Sputnik: What reasonable changes can be made to a possible new version of New START?

We really should be looking to renew this treaty as-is, with no changes that would require Congressional approval. Russia has already stated that its new Avangard hypersonic glide vehicle should count in the START warhead totals, and this could be affirmed by an exchange of presidential letters or unilateral signing statements.

However, if negotiations are reopened, or looking toward future agreements, clearly we should seek a further round of reductions with the goal of global zero in mind.

If the US is serious about bringing China into strategic nuclear arms control, the US and Russia must first reduce their warhead totals by a factor of three at least, which will leave them still well above China's. It will be necessary to bring in at least the UK and France as well since both have totals comparable to China's.

That would make it a P5 deal, which is logical, but then before long, it will be necessary to engage all the nuclear-armed states and begin to take the UN nuclear weapons ban seriously.

Russia would like to see limits on missile defence coupled with limits on nuclear weapons. I think that is unlikely but I do have hope that our missile defence cancer, which has been steadily growing and tearing apart global security for 20 years, can finally be treated, maybe even cured. Yet this administration has revived dreams of space-based anti-missile weapons, which would double as anti-satellite weapons and create a new confrontation in orbit, with satellite vs. satellite strike times measured in seconds.

This is just one aspect of a metastasising big-power arms race, mostly in non-nuclear weapons. Space, hypersonic, autonomous weapons, ships, missiles, and submarines... all need attention and there is much that can be done with verifiable, multilateral measures to slow and end this arms race.

Sputnik: John Bolton stated in a May 2019 interview that while no final decision has been made, a New START extension is unlikely. Do you think Bolton was right in his predictions? Is the USA really planning not to renew New START at all?

Bolton is out now and his prediction should be regarded as political activism more than prognosis, but he has left some people in place who are trying very hard to make that come true.

Sputnik: China's decision to not participate in a possible trilateral treaty is in keeping with its 2010 White Paper on National Security which states that the countries possessing the largest nuclear arsenals bear special and primary responsibility for nuclear disarmament (China has around 290 warheads, while Russia and the US are estimated to have approximately 6,490 and 6,185).

In your opinion, what is behind China's reluctance to participate in the alleged trilateral strategic arms reduction treaty? Can China take advantage of this moment and build up its nuclear potential?

China can embark on a major build up of nuclear forces at any time, but we have not seen signs of intent to do so. Rather, China is engaged in a major build up of primarily non-nuclear military might, including space sensors and weapons, aircraft carriers, submarines, drones, artificial intelligence and autonomous weapons, hypersonic, and missiles galore.

This is what the US is really concerned about, so trying to involve China in New START is I think a somewhat confused American response. We should be trying to engage them bilaterally and multilaterally on broader issues of stability, security, and arms control. I think the US approach to supporting friends and allies in the Western Pacific must also change fundamentally.

Sputnik: In your opinion, could the New START meet the same fate as the INF and be abandoned? What are the possible consequences of such a scenario?

Ultimately, we have to end the arms race before it breaks out into a war that likely ends in a nuclear holocaust. That's where we are now, and that's where we'll still be if New START expires, except with one more "seal of the apocalypse" broken.