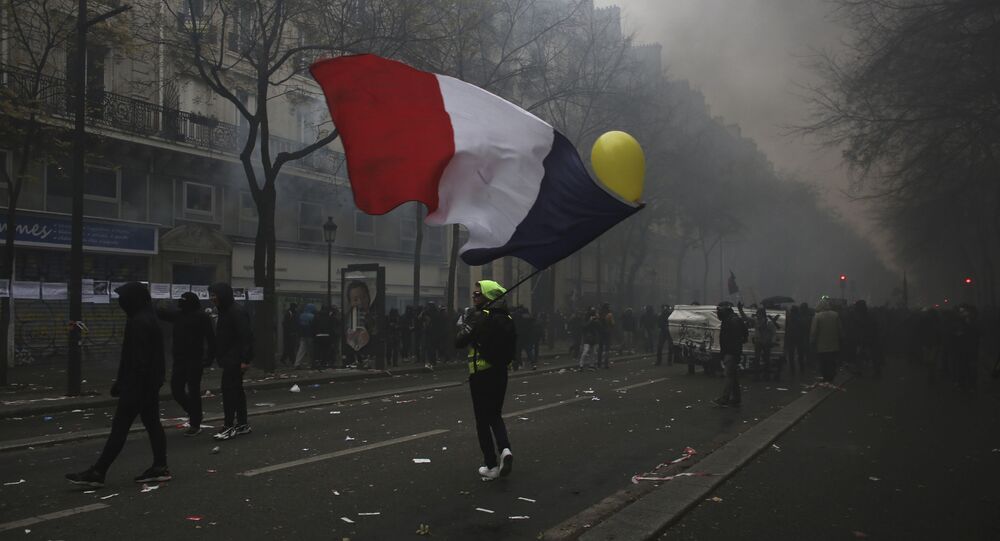 Protests against proposed pension reforms have built on a year-long movement to defend France’s public sector from cuts, shutting down cities to force French President Emmanuel Macron to think twice about following the “American model” of privatization.

The roads in all major cities in France were shut down Thursday as demonstrators took to the streets to protest Macron’s latest proposal to combine 42 public pension schemes into one national system.

Mercier noted there were roughly 1.1 million people protesting in France’s streets Thursday over the proposed reform, which they believe would require them to retire later or result in reduced payouts. Macron will not release the official details of the reform plan until next week but has promised not to change the official retirement age of 62.

“That’s a lot of people. In France, if the transportation is on strike … nothing moves. The public sector in France in huge. The strike is going on today, and other major demonstrations have been announced by labor unions for next Tuesday. The strike will go on through the entire weekend. French workers are not going to give an inch,” Mercier added, noting that even though the reform is being presented in the guise of “equality, justice and solidarity,” it is really about a “cut of benefits for most.”

“In reality, what it is is an austerity measure applied to the weaker, aging populations. Macron’s economic philosophy is similar to the American model ... France has a large public sector with a great national transport system … one of the best public education systems in the world … universal health care, which most countries envy. Macron would like to dismantle as much of it as he can by encouraging privatization, of course,” Mercier said.

The French press leaked a letter on Thursday sent by French Minister of the Interior Christophe Castaner and other government officials reassuring police that their pensions would not change. Mercier said the move highlights corruption in a system that prioritizes certain professions over others.

Police used tear gas to scatter protesters on Thursday and at least 71 arrests were made in the capital city of Paris alone. Many popular tourist destinations like the Château de Versailles and parts of the Louvre Museum in central Paris were shut down, while the subway system has come to a complete standstill.

Macron’s presidency has been characterized by protests.

The wave of so-called “Gilets Jaunes” or Yellow Vests rallies, which have been marked by violence, clashes with law enforcement agents and public disorder, started in France in mid-November 2018 in response to Macron’s proposal to raise fuel taxes. Although Macron eventually discarded his fuel tax plan, protesters - dissatisfied with the French government’s social policies - have continued to rally across France for months, calling for increases to salaries, pensions, social security payments and the minimum wage, with some even demanding Macron’s resignation.

“It was sort of a catalyst,” Mercier said of the Gilets Jaunes movement.

“What’s going on in France - it’s really not only about the retirement reform. It’s more of what we call in France … a sense of not getting a fair share. It’s really about social justice,” he added.