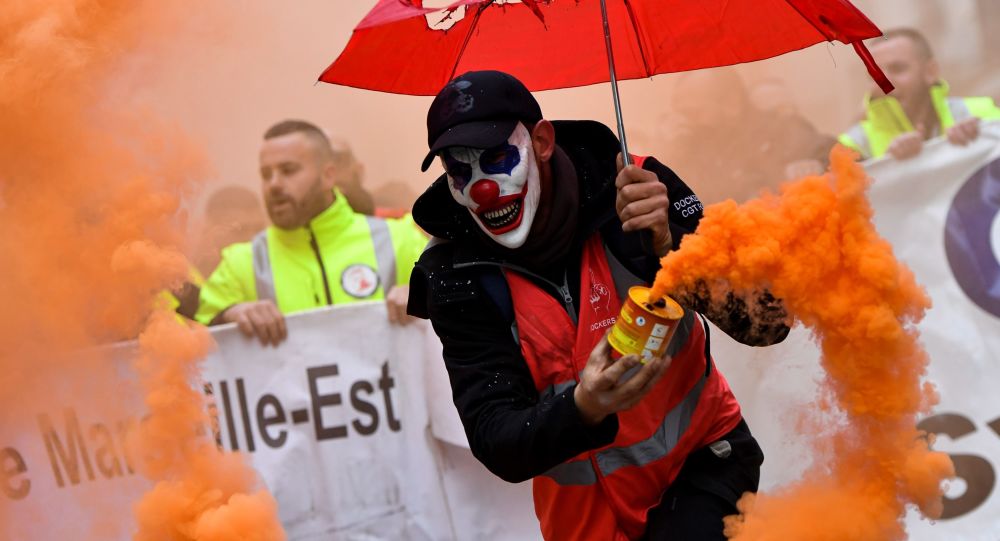 Ushering in Pension Reform 'Won’t be Easy' for Macron – Professor

Protesters in France have begun their third day of strikes against President Emmanuel Macron’s attempt to reform the country’s pension system.

But could this threaten to turn into a nightmare for Macron, given the level of public support for the demonstrators?

Sputnik spoke with Gino Raymond, professor of Modern French Studies at the University of Bristol, to get his views on the matter.

Sputnik: Will French President Emmanuel Macron give in to the protestors and abandon his pension reforms?

Gino Raymond: It’s a very difficult situation. Macron’s made some quite bullish statements and said that he won’t back down, and if you look at the various recent opinion polls, you get quite contradictory messages. The French public, on one hand, recognises that there is a need for reform, particularly pension reform, but on the other hand; they are also sympathetic to the strikers, so you’ve got a rather mixed and contradictory opinion there.

I think a lot of French people are aware that the current situation, particularly with regard to pensions, is not a satisfactory one, you’ve got about forty-two different schemes in France, now I think you’d expect that in the private sector, but you’ve also got lots of different schemes in the public sector, even though they are all public servants, they’ve got very different schemes which have all developed for historical reasons, which allow for example people driving trains to retire in their mid-fifties, and there are other schemes which reflect certain negotiations which have historically allowed these peculiarities to develop.

The French are also aware of the fact that with a retirement age of sixty two; it’s quite a generous retirement age in comparison to much of the rest of Europe, so what the government is trying to do now is bring in a more transparent system, a points-based system, but also trying to sugar the pill by pushing the average age of retirement to sixty four, by saying that people will still be able to go a bit earlier or a bit later, depending on the level of contribution you make, so the government is trying to find a way of sugaring the pill, but it’s not going to be easy.

Gino Raymond: Name a recent French President who has been popular. The French seem to detest their presidents when they are in power, and then rediscover a love for them when they leave the office and when they die. You may have seen the kind of glowing references to Jacques Chirac after his death, who became a kind of popular figure again, but during his time in office, he was widely considered to be a crook.

Now that he’s got these difficult decisions to make, Macron; what counted in his favour when he was elected, is now counting against him, his youth, his whole technocratic approach, this attitude of breaking down the old order, which in a sense was vital to his arrival into office, but now from being someone who challenged the establishment, he is now perceived as being the banker from Rothschild who’s bringing in these changes, and ignoring the interests of ordinary working people, so it’s a very tough one.

Sputnik: Could the French public ever turn against the protesters?

Gino Raymond: I think the Yellow Vest and Union leaders are being very careful to distance themselves from the troublemakers within their ranks, and I think the French public is very well that you have these groups, and that it is not representative of the Yellow Vest and the Unions to make these days of action in France a very powerful warning to the government. 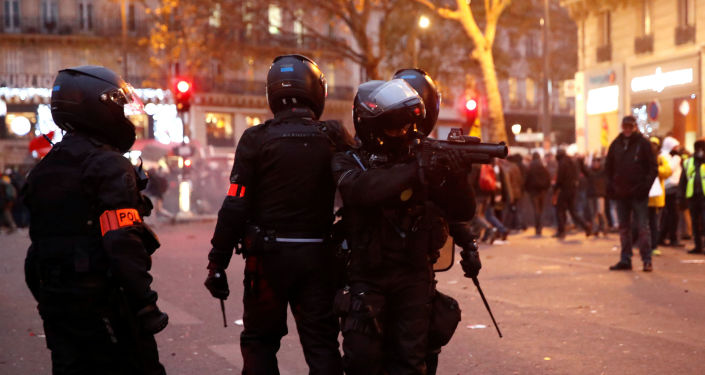 GONZALO FUENTES
Turkish Journalist Injured in Paris Amid Clashes Between Police, Protesters - Reports
So if the French public continues to be able to make that distinction; the Yellow Vests will be able to maintain the level of support that they currently have, but it really is a question of how badly it degenerates.

The interior minister has recognised that there will be violence, the question is can they contain it? Of course in the background, there are other issues, so if we are going to see another terrorist outrage in France, I think the public mood might change, and they might want greater public support for their police, so there are these variables in the background.