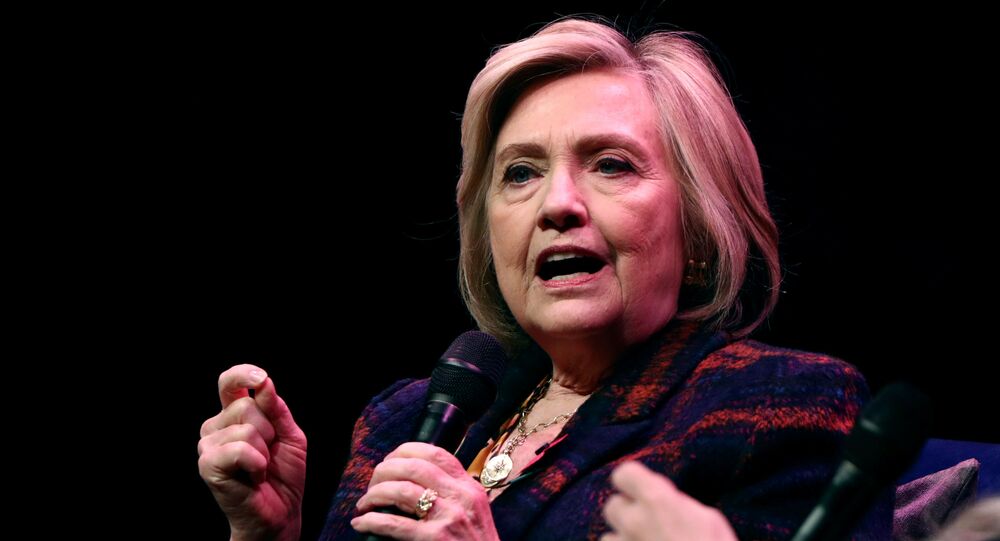 When former Secretary of State Hillary Clinton went on The Howard Stern Show Wednesday, she claimed her rival for the 2016 Democratic nomination, Sen. Bernie Sanders, had hurt her run against Donald Trump, even claiming Sanders had Russian backing. To one expert, the whole affair suggests Clinton is preparing the ground for another run in 2020.

“You can read the indictments against the Russians,” Clinton told radio show host Howard Stern. “Basically they were like, ‘Hey, let’s do everything we can to elect Donald Trump.’ I mean, those are quotes, those are words, taken - and they also said Bernie Sanders, but that’s for another day.”

“Do we hate Bernie Sanders?” Stern asked before saying, “Bernie could have endorsed you quicker.”

“He could’ve. He hurt me, there’s no doubt about it” Clinton replied. “I’m disappointed, and I hope he doesn’t do it again to whoever gets the nomination. Once is enough.”

“It’s the same old thing: she’s blaming everyone except herself for her defeat,” Joe Lauria, editor-in-chief of Consortium News, told Radio Sputnik’s Loud and Clear Thursday.

“I confess, I did not read every word of that indictment, but I don’t remember seeing any quotes from Russians saying ‘let’s elect Trump,’ let alone mentioning Bernie Sanders. I don’t recall a Sanders word ever appearing in those indictments,” Lauria said, noting that an indictment “means an accusation, nothing proven.”

Lauria noted that Sanders was “sort of backed into a corner” by being forced to commit on-air to backing the eventual nominee - which he did, going on a national speaking tour following the Democratic National Convention to whip up enthusiasm for the Clinton ticket.

“However, when the DNC [email] leak came out that showed that they had sabotaged his campaign - they being the DNC - I mean, he had every right to back out of that promise at that point,” the journalist noted. “He could’ve said, ‘Screw you. I mean, I was going to back you, but you cheated me out of the nomination. You said the emails, they’re true; you haven’t denied them.’”

However, Sanders didn’t do that. Lauria noted the Vermont senator didn’t want to be seen as  “Ralph Nader,” the Green Party candidate accused of spoiling the 2000 presidential election for the Democrats, causing Republican candidate George W. Bush to win.

“He didn’t want to be blamed for Donald Trump if Trump had been elected, so he decided to back her,” Lauria said. “And guess what? Trump was elected, and she’s blaming Sanders anyway!”

Lauria said Clinton’s appearance on The Howard Stern Show was just the latest indicator she might be considering running in the 2020 election, having surveyed what she judged to be a weak field of candidates.

“I am certain that she is eyeing this seriously, doing polling and going on Howard Stern. Whether she enters or not depends on what the assessment is, in her camp, whether she has a chance,” Lauria said. “I think there’s definitely an opening for her, and they want to stop Sanders - and Warren, to some extent, but especially Sanders.”

“The key to her entering is impeachment: the idea that she was robbed. This is her story, and she’s sticking to it, and lots of people believe that an impeachment helps her,” Lauria noted. “This whole election was fixed; the Russians stole it. They also had Bernie under their wing, and Jill Stein and now Tulsi Gabbard."

“This is a mulligan for Clinton; this is the way it’s being presented,” Lauria said of the impeachment inquiry into Trump, which entered a new phase earlier this week.