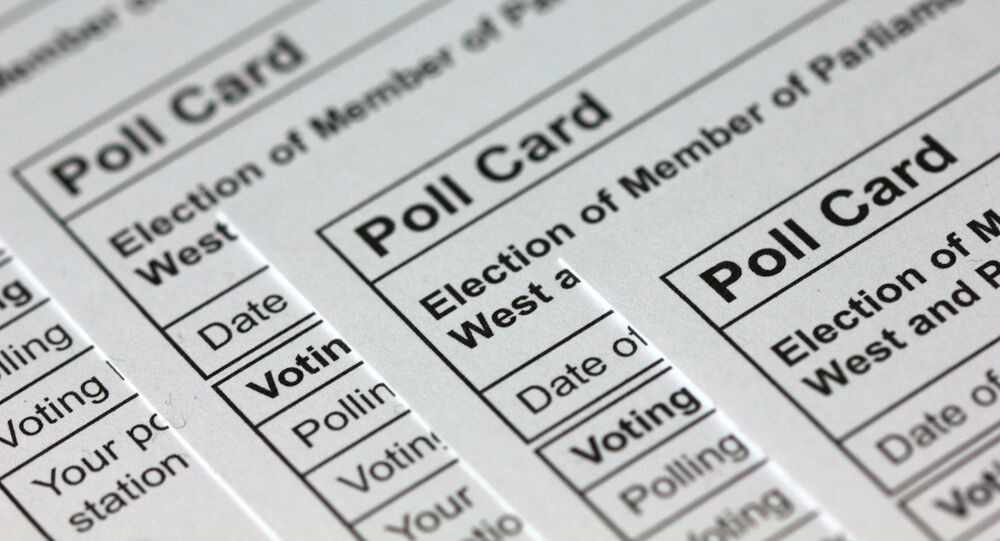 UK Election: ‘The Polls Are Getting Tighter, There is Some Reflection of Truth There’ – Activist

The UK will hold a general election on 12 December. According to the Telegraph, citing the latest opinion polls, Prime Minister Boris Johnson's lead over the Labour leader Jeremy Corbyn has slipped to under 10 points. although the poll still puts the Tories in front.

Michael Swadling, an activist for the Croydon Constitutionalists, offers his forecast for the election outcome.

Sputnik: Britain’s Prime Minister, Boris Johnson, today stated that this year’s winter general election will go down to the wire and could be “very, very tight”. These comments follow a decline in the Conservative's double-digit lead in the polls. How significant are these comments and what does this mean for the Conservatives?

Michael Swadling: The Conservatives clearly need to play the expectation game. They want to make sure their voters come out on what might be a miserable winter's day next week and they need people scared slightly of a Corbyn government. The Conservatives need to motivate their voters and it'll be very easy to sit back and go either I want to vote with my heart for the Brexit party, for many people, or they just won't vote but Boris Johnson is right to take the valuable push. I think to be fair as well the Lib Dem vote has collapsed and the Lib Dems have not had a good campaigns and that remain vote is going to Labour. So it's getting tighter I think there is some reflection of truth there but I think that hopefully or broadly there's an expectation that Boris is playing there.

Sputnik: What’s fueling Johnson’s fear? It’s an odd statement to hear from the Prime Minister, with less than 10 days before the election, that he’s afraid it will go down to the wire. Could the Tories change their campaign like Labour did last week?

Michael Swadling: I think it's very unlikely, and Labour's campaign change doesn't appear to particularly have worked. They have attempted to become a more Brexit-y party with some of their core voters - I think people see through that very clearly. The Conservatives can't be anything with the party of Brexit because they will lose all credibility and they will lose huge numbers of votes to Nigel Farage's party and particularly in the key northern seats that they need to win in. I don't think that there's anything they need to change on the NHS - the Conservatives' positions very clear. Really, the Conservatives just need to keep going with a steady ship but Boris needs to emphasize this. Their greatest risk is complacency. I think it is that complacency that they're fighting against more than anything else. They need to put a stem to that tide but that's not something the Conservatives can actually do directly. They just need to make sure their vote comes out and comes down and good numbers.

Sputnik: While the Tories’ lead in the polls has diminished, we’ve seen Labour bounce slightly; how likely is it that Jeremy Corbyn's Labour Party will prevent the Tories from gaining a majority, and, moreover, what would this mean for Brexit?

Michael Swadling: I think it would be a disaster for Brexit and it would be disaster for democracy in Britain. We voted three and a half years ago to leave the EU. The government spent 12 million pounds on a leaflet to everyone's house saying that we would leave the EU and it's the biggest democratic vote on any subject in British history, which needs to be honoured for Britain to remain a democracy, and even if he [Jeremy Corbyn] was in a restrained manner in government, that would be a real systemic risk to the British economy. Now how likely is it? It's not impossible. I mean the Conservatives have a decent lead; they are on course to win and they should do, but it wouldn't take much for a hung parliament. All of the odds checkers and the polling by consistency say Conservatives are due to win a lot seats but all by very small margins, so it doesn't take a lot to change that.